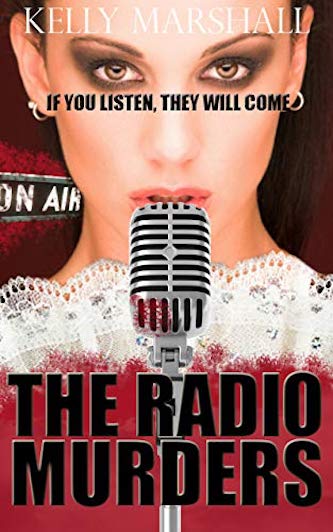 Who was stalking the lovely Jasmine? One of the lonely people wanting to connect with her, or an obsessed fan who was trying to kill her?

Their lively banter gets them through the daily dark side of their job.

After all, dead bodies dominate their workload.

In politically liberal Seattle, that’s not a problem until…they both find the same woman irresistible. Suddenly their wonderful working relationship is intolerable.

While cruising back to Seattle, Nick received a call from dispatch requesting a special favor. “KLOV’s Jasmine James had a run-in with a fan. Would you take the report?”

“Special request from Flynn. James is a friend of the Chief.”

Nick muttered an obscenity, then sighed, “Give me the address.” He floored his Mustang and sped toward First Avenue. Parking in front of McCormick and Schmitt’s, Winston headed for the Watermark Towers and the seventh floor.

Jasmine James opened the door wearing a sheer linen mini-dress and little else. She held a glass of red wine casually in her left hand. Nick smiled in shocked appreciation. He swallowed hard. “Hello. I’m Nick Winston.” He flashed his badge. “I understand you had a problem earlier this evening.”

Jasmine brushed her hair back from her forehead. “Come in, officer.” She closed the door and motioned for Nick to follow her into the living room. “I think it’s just a sick listener. But I’ve been getting these letters. Obsessed fan letters. And then this guy shows up as I’m leaving the station this evening. It freaked me out. He screamed at me and pounded on my car window.”

Nick watched the tall, sensuous woman glide into the living room. Her voice sounded soothing, erotic, like satin on skin. Now he realized who this gorgeous babe was. Jasmine James. The Love Songs Lady. He had seen her face plastered on the side of Metro buses. Dark, free-falling hair, electric eyes made deep blue by contact technology. He couldn’t force his eyes away from the stunning figure in the revealing dress. Nick felt the heat rising in his groin. He tried desperately to keep his mind from descending into animal mode. He concentrated on a spot on the wall and said out loud, “Ah, er, that’s Detective Winston.” He regretted it as soon as he said it. “Ah, Nick, will do just fine.”

She smiled demurely. He knew this woman undoubtedly had been making men uncomfortable since she was a barely pubescent thirteen. “All right, Nick.” Jasmine turned and gracefully sat on the couch. Her breasts strained against the thin fabric, and he found himself staring. Christ! Was his mouth open? He slammed it shut. She caught his look and smiled, this time seductively.

Taking a notebook and pen out of his inner jacket pocket, he swallowed hard and prepared to take notes. “What did this guy look like?

“It all happened so fast, and I was frightened. I don’t remember him being very tall or short.”

“Yes. I’d say that. He’s fair. His hair, I don’t know whether you’d call it a dark blonde or light brown. But it’s a washed-out kind of color.”

Nick nervously clicked his pen. “Do you recall what his car looked like?

“I really don’t remember. The creep rushed towards me. That’s all I recall seeing. The car could have been there, but I’m drawing a blank. Sorry.”

“Shock, fear, anger, any of those strong emotions can stymie memory. You might remember something later. Can I see those fan letters?”

“Well, I don’t have them here. They’re at the station, of course. If you come by KLOV tomorrow evening, you can have them all. I certainly don’t want them. Although, I have saved them for just this reason. I never know when one of my listeners is going to go sideways and be a real problem.”

“Has this happened before?”

“There are a lot of lonely people. They reach out to connect with me.” Jasmine shrugged her pale shoulders.

“Ever been hurt by one of those lonely people?”

Nick didn’t want to leave. Everything about Jasmine James intoxicated him. Her voice continued to relax every muscle in his body except one. Her perfume smelled subtle, sweet, inviting. Her dark hair draped over her breasts and the contrast with her white dress was impossible not to look at and appreciate. He kept glancing away. His ears felt as hot as his crotch.

“I’ll make it a point to come by tomorrow evening. Should I come before you go on the air?”

“Sixish would be perfect, Detective.” She smiled as she emphasized Detective.

“My friends call me Jazz. Tomorrow, then?”

He nodded agreement unable to trust his voice.

She breathed a goodbye as she slowly closed the door on the still grinning detective.

Please click HERE to find The Radio Murders on Amazon.