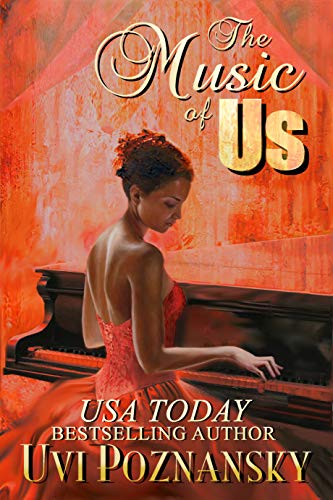 Review: Lyrical, musical, and hauntingly genuine, told in a voice that ages convincingly and loves completely, The Music Of Us lingers beautifully in the mind.

Lenny goes as far back as the moment he met Natasha during WWII when he was a wounded warrior and she—a star, brilliant yet illusive. Natasha was a riddle to him then, and to this day, with all the changes she has gone through, she still is.

“Digging into the past, mining its moments, trying to piece them together this way and that, dusting off each memory of Natasha, of how we were, the highs and lows of the music of us, to find out where the problem may have started?”

To their son, Ben, that may seem like an exercise in futility. For Lenny, it is a necessary process of discovery, one that is as tormenting as it is delightful.

He often wonders: can we ever understand, truly understand each other—soldier and musician, man and woman, one heart and another? Will we ever again dance together to the same beat? Is there a point where we may still touch?

Sampler: The Music of Us

If, by some lucky, unforeseen twist of events, I were to find myself in her presence ever again, which I doubted, I would probably freeze, not knowing what to say. I was a nobody, and she—a star. Unreachable. Glamorous. There could be no connection between us, except through her music. It would illuminate my life and at the same time, deepen its shadows, giving full meaning to what I felt, in joy and in pain. Such is the power of a muse.

I leaned over the radio, eager to hear, ready to find delight in what she was bringing my way. I was hoping to grasp every note before the battery would run out of power and go dead.

It was then that my ear caught the first interruption. From a distant radio at one side of the building, a CBS anchorman broke in. At the beginning of the sentence, his voice was still subtle, but by the end, it became amplified into a blare.

“We interrupt this special news bulletin…”

Before I could cry, “Hey! You deaf? Lower the volume, down there,” a second interruption occurred at the other side and a third one right here, out of Aaron’s radio. In place of the music, which came to a strange halt after just a couple of notes, a deep, resonant voice said, “We interrupt,” which was echoed once over, “We interrupt…”

Struggling not to become downright emotional, it trembled now on the airwaves from three different distances, to deliver the same grave message.

“The Japanese have attacked Pearl Harbor, Hawaii, by air. Details are not available. They will be, in a few minutes.”

I caught my breath. The cook came running through the corridor, and several other guys gathered around him, all in shock.

“What did they say?”

“What do they mean?”

“Where is Pearl Harbor?”

“Should we do something?”

“Well, we’re in it now,” said the cook, and to my surprise, he added, “We cannot let Japan get away with this.”

Meanwhile, I was flipping stations on the radio, trying desperately to learn some details about what happened. The reports were vague, all except one. A reporter for KGU radio climbed to the roof of the Advertiser Building in downtown Honolulu, microphone in hand, and called the NBC Blue Network on the phone, with the first eyewitness account of the attack.

“This battle has been going on for nearly three hours… It’s no joke, it’s a real war,” he said.

Then his voice was cut off.

My heart was racing—no, it was running the gauntlet of emotions, stricken by disbelief, confusion, fear, guilt, and most of all, profound sadness. I had never thought that anyone would dare attack the United States. Now I was wondering what was to come and how it would affect us, how this would affect America as we knew it.

I thought about the dead and asked myself how many lives would be lost before this was all over.

Feeling lucky for staying behind, on safe ground, and at the same time blaming myself for it, I slapped my hands over my face and there, there was my friend, Aaron. He was, at this moment, on the other side of the world, but I felt his presence awakening in me, in the darkness of the palms of my hands. First, he winked at me, as if to ask what’s a little joke between friends, and I shouldn’t ask him any questions for now, because he wasn’t prepared to answer, not yet.

Then he turned away from me, and in a snap, a strange thing began to happen: as if I came to be in his skin I shivered in fright, and saw it all through his eyes.

What I saw was a vision of the battleship where he was stationed, which was one of our eight battleships under attack. The USS Arizona, which used to be the symbol of our national might, of our naval dominance, was now engulfed in flames.

Falling into it through the black clouds of smoke was a bomb. It was coming with a shriek, and when it hit, for a split second there was no air.

Then sparks came raining down, all the way down through the hollowed floors. They hit the ammunition, then the gasoline, and soon the whole place caught on fire. The blaze roared with such maddening intensity in my head that I paid no attention to the silence, the sudden silence on Aaron’s radio. Its battery must have run out of power. It was dead.

Please click HERE to find The Music of Us on Amazon.