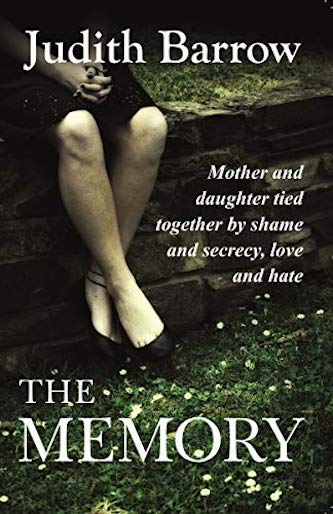 That was the first time I understood you could fall in love with a stranger, even though that stranger is a baby who can’t yet talk.

Mother and daughter tied together by shame and secrecy, love, and hate.

I wait by the bed. I move into her line of vision and it’s as though we’re watching one another, my mother and me; two women – trapped.

Today has been a long time coming. Irene sits at her mother’s side waiting for the right moment, for the point at which she will know she is doing the right thing by Rose.

Rose was Irene’s little sister, an unwanted embarrassment to their mother Lilian but a treasure to Irene.

Rose died thirty years ago, when she was eight, and nobody has talked about the circumstances of her death since.

But Irene knows what she saw.

Over the course of 24 hours, their moving and tragic story is revealed – a story of love and duty, betrayal, and loss – as Irene rediscovers the past and finds hope for the future.

In the bathroom I balance Mum on the lavatory seat while I quickly undress. Holding her, we waddle into the shower. I aim for the plastic chair in the middle of the tray. She slips through my arms like a huge, pink lump of soap. Trying to stop her falling I find myself face down in her naked lap. The thought flashes through my mind that Mum and me have never been this close and it bubbles up until it explodes in a hysterical hoot of mirth. I extricate myself from the mound of flesh that’s her stomach and look up at her. She looks down at me, startled. Then her lips puff out with a sudden giggle. I sit back, legs sprawled out on either side of the chair. She clings onto the arms of it, still giggling.

She holds out her hand to me. Unbelievably she understands I need help, I scrabble to get leverage on the slippery floor, twisting onto my knees. I stay like that for a moment, my backside up in the air, still tittering. The next thing I feel is the slap on my bum. It stings but I carry on sniggering as I grip the legs of the chair. The chair slides and I collapse again.

We’re watching one another, cackling uncontrollably until I manage to stand, my breath coming in short spluttering gasps.

‘Right, Mother, ‘I say, ‘Let’s get on with what we’re here for.’ The hysteria still bubbles up in silly giggles and she copies me. Knees against hers for balance; I take the old soft loofah off the corner shelf and rub soap on it.

The laughter dies in her eyes.

From the yells you’d think I was scraping her skin off with a scouring pad.

A week later I came home from school to find Rose had been born and I raced upstairs to Mum and Dad’s bedroom.

Mum was hunched under the clothes. The baby was in the old blue carrycot that had been mine.

‘What’s she called?’ Mum didn’t answer. Her fingers plucked at the cotton pillowcase. ‘Is she okay?’ I asked. ‘Can I hold her?’

That frightened me. I studied my sister carefully; tiny flat nose between long eyes that sloped upwards at the outer corners.  A small crooked mouth pursed as though she was a bit cross about something. I could see the tip of her tongue between her lips. ‘She doesn’t look poorly.’ I tilted my head one way and another, studying her from different angles. Nope, except for the little twist in her top lip, which was cute, she looked fine. ‘What’s she called?’ I asked again, watching her little face tighten and then relax as she yawned, then sighed.

Mum slid down under the eiderdown. ‘Take it away,’ she mumbled.

I thought perhaps having a baby made you grumpy so I decided to forgive her. In the silent moment that followed I heard the raucous cry of a crow as it landed, thump, on the flat roof of the kitchen outside the bedroom window.

‘What’s she called?’ I whispered to Dad. When there was still no reply I looked at my sister. ‘I’m going to call her Rose.’

Dad gathered both handles of the carrycot and lifted it from the stand. ‘I’ll take her downstairs,’ he said and cocked his head at me to follow.

I knew she meant the baby; my baby sister. Something was happening I didn’t understand. But I knew it was wrong to call your baby ‘it’. It made me feel sick inside.

Mum held her hand above the covers. ‘Irene, you can stay. Tell me what you’ve been doing in school today.’

‘No, I’ll go down with Dad.’ Suddenly I couldn’t bear to be anywhere near my mother.

That was the first time I understood you could fall in love with a stranger, even though that stranger is a baby who can’t yet talk.

And that you could hate somebody even though you were supposed to love them.

Please click HERE to find The Memory on Amazon.