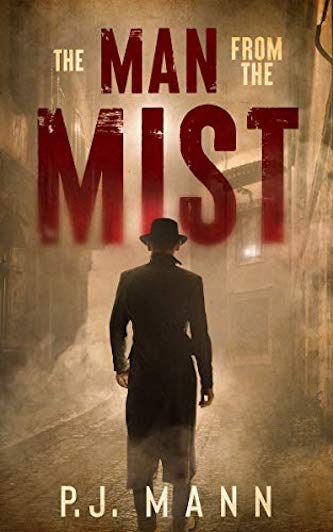 A neighborhood overrun by violence.

Can a loner uncover the disturbing truth before he’s charged with murder?

Dave Stanford longs to be seen. Living in an area terrorized by crime, the introverted newspaper editor is disturbed by word of a mysterious avenger taking out ruthless mafiosos. But Stanford is horrified when he’s mistaken for the culprit, and he quickly climbs to the top of the deadly gangsters’ hit list.

Now wanted by the police, Stanford must set things straight before he ends up dead. But when his search reveals unsettling truths about his own past, Stanford fears he’ll expose his own forgotten secrets.

Can Stanford evade the assassins and cops long enough to prove his innocence?

The Man from the Mist is a thrilling standalone suspense crime novel. If you like well-crafted whodunits, tormented characters, and edgy noir mysteries, then you’ll love P. J. Mann’s unpredictable tale. 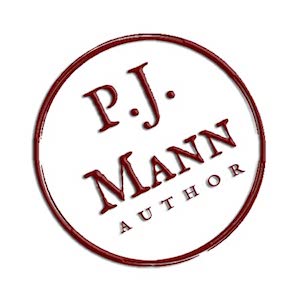 Sampler: The Man from the Mist

Dave averted his eyes from the computer screen, and for the first time in hours, he glanced outside the window as the sun started to set. A long exhale accompanied by a whine filled the silence of the room. Despite the tiredness weighing on his eyelids, he couldn’t take any break. It was one of those evenings when Dave had to work longer than the usual seven hours. The editing job at the newspaper wasn’t what he’d been dreaming of. Still, he had accustomed himself to it, like he’d had to accept the many defeats he’d suffered over his lifetime.

Dave’s existence balanced well on a grayscale; nothing noteworthy ever happened in his life, and no particular social events ever occurred. He spent most of his life in anonymity, ignored by the majority of the people, not appreciated by the few others who did know him. Being shy and introverted wasn’t all; nature gave him an extra challenge to overcome – invisibility.

Now, he knew he wasn’t invisible in the literal sense of the word, but everybody could tell the difference when Joseph, the reporter who covered the sports section, or Sally, fashion and lifestyle columnist, came to the breakroom for coffee and the times when he did. When they came in, everybody turned to greet them, asking questions, advice, or wanting to chat with them. In response, they tossed a great joke to make people laugh, particularly Joseph, with his irresistible charisma, able to attract attention by coming inside a room.

For Dave, it was completely different. Nobody even acknowledged his presence. Many times, he stayed on the sidelines, watching Joseph and fantasizing what it would be like to be like him. Yet, every time, he remained in his corner, unable to find the courage to be as social and charming as they were. Like a figure in the mist, he was one of those faded silhouettes crossing you during the foggy days. They don’t have a face, expression, or clothing style; they’re only shadows, just like him. A chilly, light rain was falling on that mid-October evening.

Tiny drops of ice water hit his skin with the pain of a million needles. Squeezing himself into his coat with a shiver, he hurried his steps. The sidewalks were filled with people rushing to their homes or to the closest cafeteria to meet their friends and have a hot cup of coffee. The first Halloween decorations and sales had appeared in many of the shops’ windows.

Kids on the streets laughed and yelled, running from one shop to the other, preparing for what was the most exciting night of the whole year, together with Christmas. Dave wasn’t even sure he ever liked Halloween. When he was a child, he used to go trick or tricking. However, the only children who agreed to go with him were his brother and cousins, and it was because they had to, not because they enjoyed his company. While he loved to read and draw, the others were all playing football or video games. Since elementary school, he was considered a weirdo.

Without a steady thought in his mind, he stopped in front of one of those windows and sighed. Those days when he went with his family to buy a costume for the party returned to his mind. The day he chose to dress as a ghost came back to his memory. His lips curled upward, as that had been his best Halloween ever. From under the blanket, his discomfort in being with other kids disappeared, and he was more social than he ever was. That white screen was his protection from the outside world and made him braver, funnier, and happier. Now, if it were possible to wear a mask in his everyday life, he might have had better chances to socialize and refine those skills.

Dave was a handsome guy in his mid-thirties, and in his life, he had only a few acquaintances and even fewer girlfriends. Most of those were more friends who happened to be girls than real relationships; he was still a virgin and was sure he was destined to remain as such. Dark blue eyes created a beautiful contrast with his raven hair, which framed a perfect oval face. To complete the picture was a slender body; he exercised daily, either by walking the whole distance from his home to his office or jogging whenever the weather allowed.

Please click HERE to find The Man in the Mist on Amazon.