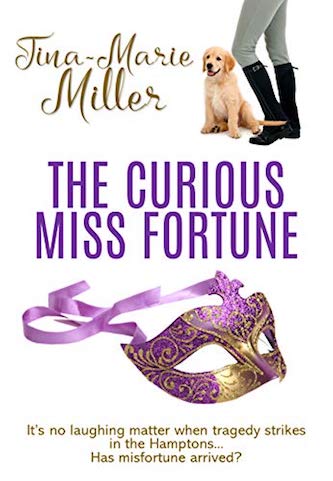 ’The life in the Hamptons village runs parallel with the theatre piece’s plot in weird ways in this wonderful piece of women’s fiction.

When Tiggy Lawrence returns home after a nine-year absence she hopes to finally be able to lay the demons from her past to rest. Fortunately, Aster Maxwell presents a welcome distraction – much to the disappointment of her childhood sweetheart. But Aster has his heart set on Tiggy for other reasons and will stop at nothing to get what he wants.

Bridget Rhodes-Brown is fed up! Having been made redundant she’s since found herself stuck at home with a husband whose eccentricity is off the scale!

Set in the beguiling Cotswolds, this light-hearted mystery will delight with its entertaining cast of humorous characters and surprising plot twists!

Skye, his wife, smiled as she looked up from preparing a salad. ‘I saw you,’ she said. ‘I was just coming out with a cup of tea but when I spotted Rita I came back in – it might still be warm, actually, if you want to try it.’ She nodded towards a white china mug she’d placed in the middle of the kitchen worktop on her way back through earlier. ‘How was it?’

Alexander took a gulp of the tepid drink, decided it was quite warm enough to still enjoy, and then grimaced in response to Skye. ‘It’s not that we don’t need lots of people – we do, we really can’t pull this off otherwise – it’s just that everyone wants the best parts, and there aren’t that many to go around.’

‘You’ll be fine,’ Skye said, smiling reassuringly. She loved Alexander so much and was thrilled that he’d been given the chance to direct the village play.

Having taken early retirement from what had been a very stressful but nevertheless highly successful career running his own PR firm in London, Alexander was now struggling to occupy his time. He and Skye had made so many plans to do this and that or visit here and there once he’d retired that in taking retirement earlier than originally anticipated, their situation was not quite as they’d imagined it would be.

Gregory, their eldest, had just started his GCSEs while James, their middle child, was in his first year at Swinford St. George grammar. Their youngest child, Isabella, had just joined The Hamptons Primary School, so it was with slightly heavy hearts that they’d made the decision to put their plans on hold for the foreseeable future. Deep down, they knew better than to unsettle their children at this time, but of course, this left Alexander with far too much time on his hands. ‘Why don’t you go and see how Bridget is getting on?’ Skye suggested. ‘I’m sure she’d love to see you.’

‘Hmmm, well I would,’ he replied, ‘but that means I’ll have to see Jeremy too, and you know how bizarre he can be. Just this morning I heard him shouting at the top of his lungs at that poor dog of his: BINGO, B I N G O!’ He shouted the words himself, doing an uncanny impression of The Major. ‘I heard poor Mrs. Brookes asking Reverend Fisher if he was holding a bingo session in the church hall, quite apoplectic that she might be missing out – you know how much she loves her bingo. The man’s absolutely raving bonkers.’

By now Skye was in hysterics. Alexander had such a dry humour and he delivered his tales with such perfect timing. ‘Poor Bridget, it’s a wonder she stays with him – I don’t know how she copes,’ she commented, still laughing.

‘Yes,’ Alexander agreed, ‘especially now that their boys have left home and it’s just the two of them. Well, them and Bingo, of course.’

‘The Major, apparently!’ They both laughed together. ‘Well, you could always call Bridget and invite her to join us here for lunch instead. It’s your favourite!’ Skye teased, glancing at the food on the counter.

Alexander groaned as he playfully raised his eyes to the ceiling. Unfortunately, one result of his retirement was his ability to eat – or graze, as he preferred to call it – all day every day, so Skye had put them both on a health kick. He was quite enjoying it, actually, but he was keeping that very much to himself.

‘You know what? That’s a great idea!’ he exclaimed, bending down and kissing his wife before heading off towards the study, a new bounce in his step. The sooner we get on with this play the better.

As he approached his desk, he seemed to be in tune with the telephone as it sprang into life as soon as he reached out to pick it up, almost making him drop it in surprise. ‘Hello?’

‘Ali?’ came the reply on the other end of the line.

After almost dropping the telephone for a second time, he took a deep breath as he shook his head. There’s only one person on the planet who ever calls me Ali. ‘Phoebe,’ he responded flatly. 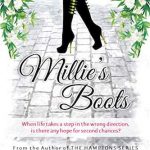