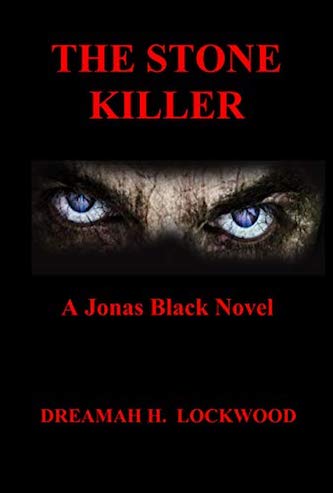 It’s a race against time to find the serial killer before she becomes his next victim.

Detective Lieutenant Jonas Black knows that monsters walk the city streets. They’re disguised as ordinary citizens; but beneath their mask, lives a killer waiting to be unleashed on the innocent.

Now, such a monster walks the streets of Colorado Springs, Colorado.

For Morgan Jansen, at times, it is difficult to love her twin sister, Marilyn. Especially after she sleeps with her rotten husband, Andrew. Morgan divorces Andy and refuses to speak to her sister. But, their psychic bond keeps each aware of the other’s presence.

When she awakens early one morning in horrible pain, she knows Marilyn is in trouble. After Homicide Detectives, Lieutenant Black and Sergeant Esperanza Ortiz, appear on her doorstep, Morgan is shocked to hear her sister has been violently murdered. Now, she would forgive even her sister’s betrayal to have her back.

But dead is dead, or is it?

Karma demands its due. Marilyn must pay for her sins, and returns as a ghost to offer snippets of information about her killer, but can’t identify him. As the madman strikes again, Morgan tries to pass on word of another victim. As she fears, the Lieutenant looks at her as if she’s nuts. Her efforts to explain the psychic bond between twins is useless. He doesn’t believe her.

Jonas Black has his own ghostly memories to deal with, a murdered fiancée. And yes, he thinks Morgan Jansen is a little crazy but wants to believe her. Maybe it’s because of the attraction he feels for her. She takes his breath away.
As the bodies pile up, the monster sets his sights on Morgan.

It’s a race against time to find the serial killer before she becomes his next victim, and Jonas Black loses another woman he loves to murder.

He breathed in great ragged gulps of dry, musty air as sweat rolled down his face and back, soaked the white T-shirt down to the waistband of his jeans.  The only sounds, his own breath, as well as the labored gasps from the woman bound to the wooden beams.  After stripping her down to the gaudy red underwear, he’d securely tied the bitch spread eagle, with ropes run through strong steel pitons used by mountain climbers.  A heavy leather strap held her head in place, so she could see, but not move.  She wouldn’t have been able to struggle much anyway; the drug would have made sure of that.

The planning and anticipation over the past two weeks had him riding a high almost as intoxicating as drugs, only better.  A ripple of excitement raced through his body.  He shivered.  A smile of pure evil curved his lips as he tossed the stone in the air a couple of times, and noted the rough, pitted surface.  It weighed, he guessed, about five or six, maybe even seven ounces, close to that of a baseball, perhaps a little more.  It was not the weight, but the speed that did the job.  At this close range, It was impossible to miss.  Out of the massive pile from the bin, there were only seven that he needed, each about the same size.  He was that good at hitting his target.  Even after all these years, he could still throw a ball at ninety-five miles an hour.  Each stone fit his hand as if he was holding a baseball.

Two spotlights, clipped to the ceiling beams, illuminated the woman in the bright glare.  Even though her eyes were almost closed, he could tell she was awake.  His skin quivered as the moment drew near.  The bitch deserved his punishment.  Her fate was sealed for some time, just like his wife’s.  They were both whores, enticing men to break their sacred vows.

He fingered the stone for a second.  The woman’s eyes opened.  She watched him, all too aware that it was time for her execution.  He could almost smell her fear.  Delighted by the fact, slowly, he drew back his arm, then let the stone fly toward the targeted knee.  There was a loud crack as the bone snapped.  Shock widened her eyes, sending a shiver up and down his body.  With the next blow to the other knee, the excruciating pain rolled her eyes back into her head.  His insides grew hot with excitement, causing sweat to form on his upper lip.  He smiled, shook himself, and hurled another stone.

She attempted to scream when he shattered the right elbow.  With the destruction of the left elbow, closed her eyes, indicating she had passed out.  He threw a bucket of water in her face. Her eyes flew open as her features contorted in agony.  His lust for blood intensified.  The destruction of her right, then left shoulder expanded the terror, filling her mind to bursting with the knowledge of her impending death.  His excitement continued to grow as he delivered the coup de grâce, the final blow to the head that smashed her eye socket, turning her brain to gray mush.

At that pivotal moment when the stone struck the left side of her face ending the last spark of life, a surge of overwhelming heat dropped him to his knees.  The waves of ecstasy washed over him again and again.  Then, it faded, leaving him hollow.  The exhilaration was too short-lived.  Now, she hung lifeless on the close-fitting wooden beams that formed a large X.  The structure, attached to the end of the basement wall, was just for this purpose.

He stood, turned to stare into the deep shadows at the opposite end of the room, feeling the anticipation already begin to rise again.  It surprised him that it was starting so soon.  He welcomed it, knowing control was necessary.  Acting too quickly would spoil all his plans.  He had to let this need simmer, to come to a boil, releasing it only when it was time.

It didn’t matter that it was a woman, but the act itself that sent his heart pounding, the blood roaring through his veins.  He had never felt so alive.  The exhilaration made him feel empowered as God over life and death.  Even now, the shadows hid the form of his next subject, all drugged, bound, gagged, and immobilized.

Please click HERE to find The Stone Killer on Amazon. 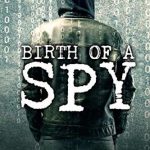