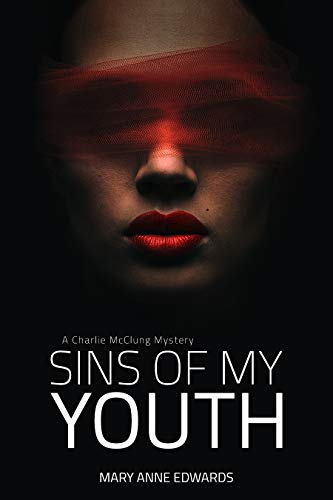 You can run from your past, but what are you supposed to do when your past returns and tries to kill you?

Torn between his sense of duty and his devotion to his wife, each road he travels down seems to fork into ten directions.

Sampler: Sins of My Youth

“You stupid heifer! Do you honestly think I’m afraid of you?” The tall, aging David Cassidy wannabe with a stupid grin on his face, swaggered toward Joan Delaney, as her hand rested on a slightly curved filet knife.

The petite blonde laughed. “I’m not scared of you. You’re not dealing with the spineless infatuated girl that you used to know.” Joan wondered how she had ever found Mitch Quinn handsome and irresistible as she looked up at him; his six-foot frame towering over her barely five-foot frame. He was still in good shape, but the many years of alcohol and cigarette abuse had ravaged his skin, making him look as if he were ready to retire instead of his actual age of forty-six.

He stood over her, leaned down, and smelled her hair. “Still miss your sweet kisses, baby.”

Joan clinched the knife lying on the preparation table behind her, wanting to carve out his rotten heart and serve it to him with a sprig of parsley. Instead, she smiled. “Well, you’ll never know how much sweeter they are now.”

She heard the kitchen’s double doors squeak. “Andrew, I ordered everyone to stay out until … this person left,” Joan’s head jerked toward Mitch.

Andrew stood his ground. Even though he’d only worked three months for Joan, he was fiercely loyal to her. She treated him with respect and kindness when most people could not see beyond his past.

Mitch studied Andrew, scowled at him, and then chuckled at the man fifteen years his junior. “Boy, you need to stop sniffing around her. She’s way out of your league, son.”

Joan glared at the waiter.

He froze. His hands clenched into tight fists. “Sorry, Miss Delaney, I wanted to know if you needed any help.”

Joan smiled at the stocky man with the rough exterior and kind eyes.

“Pfft! Miss Delaney?” Mitch looked at Joan and chuckled, “Barbie, how many times have you been married?”

Her smile froze. Anger pulled at her eyes as she gripped the knife tighter. “Andrew, thank you, but I can handle this. Go see if Marian and McClung need anything.”

“Yes, ma’am.” The waiter frowned at Mitch then pushed through the double doors, returning to the dining room of The Primrose Cottage.

As soon as Andrew cleared the doors, Joan released the knife and pushed Mitch away. “My name is not Barbie, and you know it!”

The older man rubbed his chest and laughed. “Still a little spitfire.” He walked around the industrial kitchen, looking but not touching anything. “Yeah, Joan, but everyone loved Barbie, even that little boy waiter gotta crush on you. Yeah, everybody still loves Barbie.” Mitch looked over his shoulder for his ex-wife’s reaction.

She picked up the knife.

He turned around and threw up his hands, yellow teeth exposed as he faked a grimace of terror. “Hey now, no need for violence.”

“What do you want and don’t tell me after all these years it’s just a hey, how are you visit?” She carefully placed the knife back on the cutting board with a thick filet mignon waiting to be butterflied for one of the guests who wanted it cooked well done.

Mitch scratched the stubble on his cheek. “Well, yeah, you’re right.” He moved in closer to Joan, stopping just outside of striking distance. “I’m in need of some help, not much, but I figured now that you’re the owner of this mighty fine establishment,” Mitch waved his hand around the large brightly lit kitchen, “and I hear tale your last husband … what number was he? Three?” He shrugged. “Anyway, I understand the old geezer was a bit of a cash-cow, left you sittin’ pretty high in the tax bracket if ya know what I mean.”

“And exactly why do you think that out of all the people on God’s green Earth, I, the stupid heifer, would help you out?”

He studied a short stainless steel canister filled with frilly toothpicks, selected a blue one, and then held it up. “Do you mind? I must compliment your talents as a chef. Don’t want to waste one tiny morsel.” Mitch picked and sucked on his teeth, never taking his eyes away from Joan. “Like I was saying, I’m in a jam, and I thought since we were once, you know, in love, that possibly you could remember the good times we had and help me out in this time of need.”

Joan rolled her eyes. “Is that what you call it, love? Really?”

Please click HERE to find Sins of My Youth on Amazon.