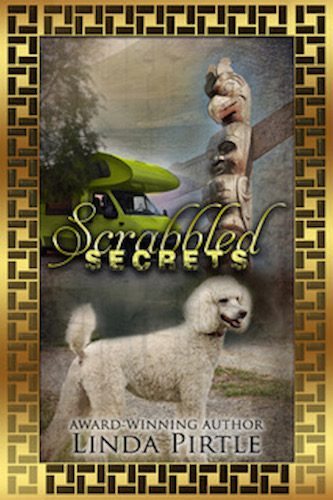 “You, Lillian Prestridge, would be wise not to threaten me. Those who do always live to regret it.” Martinelli’s grin reeked malevolence.

Lillian Prestridge and Sammie Nightingale travel in a motorhome to Canada to rescue Sammie’s Aunt Sophia and bring her home.

Lillian soon learns that a well-intentioned mission of mercy can become a dangerous escapade. Whom can they trust?

The semi-truck driver who gives advice about where to spend the night?

The lead councilman of a Canadian Indian Reserve whose agents are assigned to drive them home via the Native-American Underground Railroad?

Who else is familiar with the route?

Their journey presents one hazard after another – vandalism to Lillian’s new motorhome, kidnapping, gunshots, wrestling with an old enemy of Sophia, not to mention a blinding blizzard and icy highways.

Doctor Bergeron stood on the opposite side of the bed and answered Lillian’s question. “Madame is well enough to travel. She must leave The Willows immediately. I have already completed the paperwork necessary for her dismissal.”

Lillian nodded. “I sense, Doctor, that you are concerned for Sophia’s safety.”

“Very much so, Mrs. Prestridge. However, escape might be the more appropriate way to describe her departure.”

Lillian watched Sammie hold Sophia’s hand, concern written on both their faces. “I see,” she said and then asked, “Is there a person or persons here in this building who might try to prevent Sophia’s leaving?”

“You are most perceptive, Madame,” Doctor Bergeron said. “Unfortunately, I don’t have a plan.” He pointed to Sophia with a nod. “She said we can depend on you to devise a scheme.”

Lillian smiled and gave a half nod.

Sammie laughed and said, “I think you’re the perceptive one, Doctor. You recognized Lillian’s strongest virtue right away.”

The doctor blushed. “I’ve worked with all types for so long I can almost read a personality the minute I meet someone.”

“Well, that’s a virtue you and I have in common,” said Lillian. “I think I know how to get Sophia out, but I’ll need your help.”

“By all means. What do you suggest?” Bergeron asked.

“I assume you have a vehicle here and a backdoor to the building.”

“There is,” he said. “However, the backdoor is too public. I have a private entry to my office and a designated parking slot right outside.”

“That’s even better,” Lillian said. “Here’s what we’ll do.” She placed her index finger on your lips, signaling quiet. Then, she walked to the door of Sophia’s room and jerked it open. There stood a tall man with a grimace on his face. “How dare you snoop outside a patient’s room.” Lillian stepped outside, closed the door behind her, and in a soft but iron-willed school marm voice said, “You should make tracks and leave this patient alone.”

Lillian smiled and in a soft, kind voice said, “My friend Remington does.” Then she unzipped the side pocket of her handbag and showed him the barrel of her revolver.

“You, Lillian Prestridge, would be wise not to threaten me. Those who do always live to regret it. Professor Tomas learned that lesson.” Martinelli’s grin reeked malevolence.

“It took all of Lillian’s self-control to keep from slapping him.

Lillian wondered how he knew her name but didn’t give him the satisfaction of asking. Instead, she stared him down. Nor would she ask him about the Professor. Frankly, she hoped he didn’t survive the crash. Could Martinelli have orchestrated the plane’s failure?

“Now, before I turn you wrong side out,” she said and motioned with her cocked and loaded purse the direction she wanted him to go. He obeyed.

Stepping back inside Sophia’s room, she walked to stand close to Doctor Bergeron. “Had to shoo an eavesdropper away,” she said.

“Tall, greasy looking man?” Bergeron asked. “I don’t know why he’s so interested in Madame Sophia, but he’s the reason for my concern.”

“Get Sophia ready. You take her out the private way.” She looked at Sammie. “You and I will make a big production of saying goodbye and assuring Sophia we will visit her again tomorrow.”

Bergeron assisted Sophia to her wheelchair.

She asked Sophia, “Can you walk at all?”

“What are you thinking?”

“If you have such a person, could we ask her to pretend to be Sophia and have a nurse wheel her outside to wave goodbye to us?”