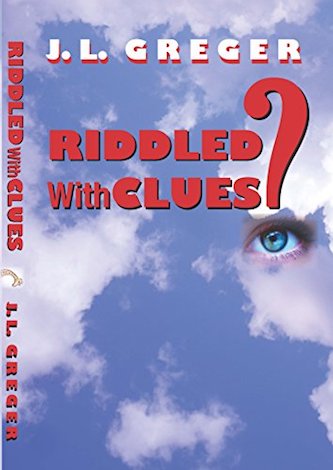 Has all the ingredients one needs to settle in comfortably and read through the night: drugs, murder, the FBI, even a romantic relationship

A hospitalized friend gives a puzzling note to Sara Almquist.

He received the note signed “Red from Udon Thani” while investigating the movement of drugs from Cuba into the U.S.

However, he doesn’t know anyone called Red, and the last time he was in Udon Thani was during the Vietnam War.

After Sara listens to his rambling tales of all the possibilities, both are attacked.

He is left comatose.

As she struggles to survive, she questions who to trust: the local cops, her absent boyfriend, the FBI, or a homeless veteran, who leaves puzzling riddles as clues.

Sara recognized Xave Zack as the lopsided man who stared out the window toward the Sandia Mountains. His body appeared twisted in the wheelchair, but his shoulders remained broad. Many white creases and sagging skin on his darkly tanned neck suggested he’d lost a lot of weight recently.

She hesitated recalling the macho guy who had saved her from drug traffickers in Bolivia, where she had served as a consultant on public health issues. Unfortunately, she had learned too much about the coca trade. At the time, he’d had ebony hair with gray at his temples. Now, his hair was silver.

Her mind moved to the polished sophisticate—a George Clooney look-alike, who had left her in Washington to take an assignment tracking the movement of coca from Bolivia through Cuba to the U.S. Finally, she thought of the beaten, dirty bum who gave her a message for his controller, Eric Sanders, in Colombo Cemetery in Havana. Her history with the man had been brief, colorful, and emotional. In Havana, he’d made it clear she’d never see him again….

She allowed no hint of sympathy in her voice because she knew pity would annoy the man in the wheelchair. “Xave.”

The man turned slowly. “Sanders must be worried if he sent you.” He flashed a wide grin. She knew he was about to tell less than the whole truth because he smiled with his teeth showing.

Maybe I can force some honesty. “Did they retrieve you from Cuba before you destroyed your liver with cheap booze as you tried to perfect your cover as a drunken sailor? Hopefully, broken bones are your only problems.” She motioned to the cast on his right leg.

“Why are you in a Spinal Cord Injury Center?”

He looked around the room as if he feared someone would hear. “Better security here. What were you told?”

“Always direct. It’s why we hit it off.” He rubbed his chin but didn’t answer the question… (Then) he smiled. This time with no teeth showing, which usually meant sincerity. “How about twirling around, slowly. The pink top shows off your blonde hair and light skin.”

She was glad she had worn the khaki skirt, which she always wore in summer to do pet therapy. Most of the hospitals in Albuquerque preferred volunteers who didn’t wear shorts. The skirt was acceptable and cooler than trousers. “You must be on the mend.” She twirled quickly. “Sorry, but I’m not going to talk with my back to you so you can study my ass.”

He chuckled. “Sit next to me. I want to talk business without curious ears overhearing. Lots of nosy people here.”

She pushed the table away and sat on the edge of the bed. He pulled a slip of paper from the cuff of his right sleeve. “A woman slipped this note into my pocket when I was in a large crowd about two hours before my accident. I need your help.”

Sara looked at the small piece of ragged paper. She read a phone number and “Red from Udon Thani.” She turned the slip over. “Seen a lot of wear.”

Please click HERE to find Riddled with Clues on Amazon.