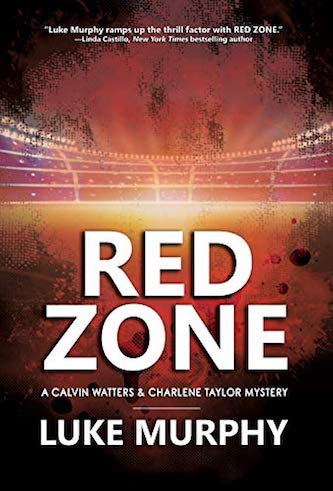 Calvin Watters hasn’t been back to USC since the day his scholarship and humility were stripped from the former running back. Calvin had cut all ties to the school but now finds himself pulled back when a woman’s dead body is found on the Los Angeles Memorial Coliseum football field.

Detective Charlene Taylor’s new homicide case, a freshman cheerleader’s murder at USC, is complicated. Charlene knows that the USC football team is a close-knit family, and getting inside the trusted circle, as a cop, is unlikely.

Calvin Watters is a game-changer…

When Calvin and Charlene meet up on the Coliseum turf, Charlene sees an opportunity to use Calvin to penetrate the Trojan family circle. Little does the detective know, Calvin is now an outsider at USC, no longer welcomed—with many who will go a long way to see the former football star fail.

Can Calvin and Charlene work together to uncover the truth, or will their egos interfere with what could be a powerful partnership?

“What do you think? Nineteen? Twenty?”

Detective Charlene Taylor turned around and shaded her eyes with one hand, noticing her partner for the first time at the crime scene. She hadn’t seen him when she’d first arrived, but his large frame was hard to miss amongst the number of law enforcement who graced the freshly laid turf of the Los Angeles Memorial Coliseum.

It was still too early in the morning for Larry’s hair to be combed, and the messy gray mop was too thick around his ears.

She looked back at the body, on its back, eyes locked open in a death-stare. The LAPD Medical Examiner, who had been called in to determine a preliminary cause of death, hovered over the body. The detective knew that at any crime scene, the ME took precedence, and Charlene would have to wait her turn, but she scanned the girl over the examiner’s shoulder.

The African-American female had a pretty face, long curly black hair, almost crimped. No makeup, her complexion and clear skin showed off her natural beauty.

“Got a name?” Charlene asked.

The medical examiner, a personal friend of Charlene’s, turned around and gave the detective a ‘what do you think’ look.

“No ID on her. No pockets. Soft kill, no gun or knife used.”

“You found nothing on her?”

“That’s the definition of nothing.”

Kids went nowhere these days without their phones.

The victim wore a cheerleader uniform. The white shell had the USC letters displayed across the chest. Underneath the sleeveless top the young woman wore an athletic tank top, showing a section of midriff. The thirteen inch white skirt had a cardinal and gold trim, and covered white spandex briefs, known as spankies in the cheerleading world.

“Those uniforms don’t leave much to the imagination,” Larry said. “Not much money spent on material.”

“They wear short skirts like that for a couple of reasons.”

Larry raised his thick eyebrows. “I can think of one.”

“You seem to know a lot, Taylor. Former cheerleader?”

She grinned. “And don’t you forget it, Larry.”

The medical examiner stood up and snapped off his rubber gloves. He had a thin, sharp face, strawberry blond hair parted to the left, and extremely small hands.

“From my preliminary assessment, she’s been dead about ten hours. Once I get her back to the lab, I’ll be able to tell you more.”

The ME pursed his lips. “I’d say asphyxiation. But there is also evidence of blunt force trauma to the left side of the frontal bone.”

“Could that have killed her?”

“No idea. Like I said, I’ll know more once I get her back and wash her up. You can have your photographer snap some shots now before we move her.”

“Thanks, Doc.” Charlene looked around the football field, where hordes of officials walked the grounds. She turned back to Larry. “Let’s get to work.”