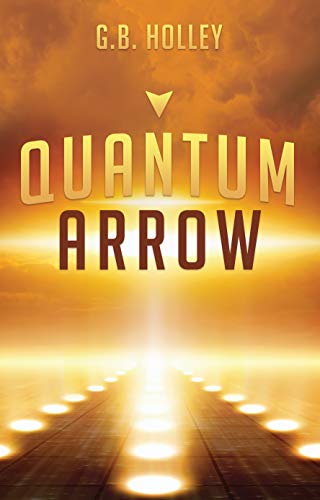 There’s much more to Trent’s disappearance than she ever imagined – alien encounters and a scientific discovery that leaves her reeling.

A story packed with twists, turns, and adventure.

Alexa Padget, a former Secret Service agent, is unexpectedly forced into the most important investigation of her career. Her boyfriend, Trent McDougal, mysteriously disappears while flying his small plane to meet her in Key West. An exhaustive search for him is futile.

Three weeks later, she learns that Trent’s alive and that the government is covering up his return.

Alexa and her friends launch a desperate search to rescue Trent while avoiding capture by a special unit within the United States Space Force.

With help from her former colleagues, she learns that there’s much more to Trent’s disappearance than she ever imagined – alien encounters and a scientific discovery that leaves her reeling.

The sky was clear, and a blue canvas stretched to the horizon. Trent McDougal was enjoying the view from his Cessna 172 as he piloted the last leg of his flight. He’d taken off from the Ocala International Airport two hours earlier. A tailwind had cut some time off of his trip to Key West.

“Down to five thousand for Six Tango Golf,” Trent acknowledged. He dialed in the altitude on the autopilot, throttled back, and began the descent.

A few minutes later, Trent leveled off at the assigned altitude. An intense white light reflected off the passenger window. When he turned he could see that the light was getting brighter as it approached the right side of his aircraft. It had appeared out of nowhere. What the hell is that? A second later, the passenger window was obscured by the blazing light.

“Miami Center, this is Six Tango Golf. There’s a strange light off the right side of my aircraft.” Trent was trying to keep his voice calm. Giving way to panic was the worst thing he could do now. “Is the Naval Air Station at Key West testing anything in my area?”

The controller said, “Negative, Six Tango Golf. The nearest traffic I have in your vicinity is a Piper Arrow fifteen miles to the north of you at nine thousand.”

“Miami, this isn’t an aircraft.” Trent’s voice cracked. “It appears to be a ball of light, and it’s traveling alongside the right side of my aircraft. It’s matching my speed and altitude.”

“Six Tango Golf, I have you at five thousand, twenty miles north of Key West. I have no other aircraft in your area.”

As the light grew more intense, Trent began to feel lightheaded. The instrument readings on the PFD and the multifunction display panel were still operational, but the magnetic compass was spinning like a top. Trent pushed the autopilot release button on the yoke and went into a hard sixty-degree-banking turn away from the light.

“Miami, I’m turning to 090 to get away from this thing,” Trent yelled.

“Copy Six Tango Golf,” the controller replied. “I still have negative radar contact with any other traffic in your area.”

“The damn thing’s slightly below me now, and it’s on my new heading. It’s as bright as the sun. My compass is spinning and I’m feeling lightheaded.”

The computerized instrument panel on Trent’s plane went dark, and the engine suddenly died. The only sound Trent heard came from the air passing over the aircraft as he glided toward the sea. The brilliant white light enveloped his plane. Only his training kept him from becoming totally disoriented. His only sense of his surroundings came from watching his backup instruments. The plane’s magnetic compass was still spinning and his sense of direction was lost. He was losing altitude, but his wings were level, and the aircraft was trimmed to glide speed. The radio wasn’t functional with all electronics gone. He reached for a portable radio in his flight bag to transmit the call no pilot wants to make.

No one heard Trent’s radio call. The little Cessna disappeared from radar.