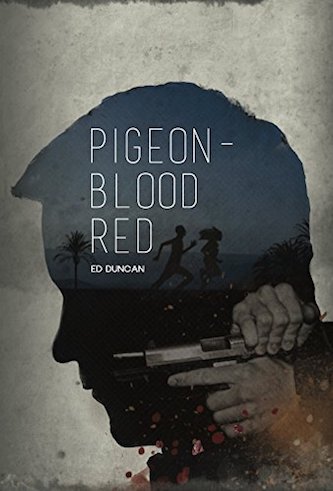 This charming, classically-told crime thriller is a must for noir fans.

For underworld enforcer Richard “Rico” Sanders, it seemed like an ordinary job: retrieve his gangster boss’s stolen goods, and teach the person responsible a lesson.

But the chase quickly goes sideways and takes Rico from the mean streets of Chicago to sunny Honolulu. There, the hardened hit man finds himself in uncharted territory, when innocent bystanders are accidentally embroiled in a crime.

As Rico pursues his new targets, hunter and prey develop an unlikely respect for one another.

Soon, he is faced with a momentous decision: follow his orders to kill the very people who have won his admiration, or refuse and endanger the life of the woman he loves?

He had said nothing to Rico all this time and Rico hadn’t turned around to acknowledge him.  He suspected that Rico intended to follow them into the building.  He knew Rico didn’t live there and didn’t have a key.  He didn’t like the idea of letting him in—not because it was against the rules or because he thought Rico might be an unsavory character.  He simply wasn’t in the mood to be helpful.

Rico, a blank expression on his face, slowly turned and looked the man over from head to toe. The man glared contemptuously at Rico and turned his back to him while his wife, a plump woman with a round face and sparkling eyes, tried to keep the bags from falling by holding them up with one knee and then the other.  Rico parted his lips to speak but before he could, the woman did.

“Henry, what’s the matter with you?”  Her impatient voice twanged like a guitar string.  “Will you please open the door?  Can’t you see I’m about to drop these bags?”

“Shut up.  There’s a rule against letting strangers in the building,” he barked, showing his bad teeth.

“Will you at least help me put these bags down?”

“Put them down yourself.”

Rico didn’t generally lose his temper or get excited.  Still more rarely did he take things personally.  If something had to be done, he did it in a logical, methodical way with as little disruption as possible, and his personal satisfaction was irrelevant.  But once in a while, mission and satisfaction coincided—like now.

Getting the door open was his objective.  Making Henry open it was going to give him a great deal of satisfaction, and it wasn’t even going to be disruptive.

Two sizeable steps put Rico directly in front of the woman, who by now was struggling mightily to put the bags on the door without spilling their contents.  He reached down and took one bag in each arm, then, as though they were filled with cotton balls, shifted them both to his left the moment Henry turned to confront him.  He stared directly into Henry’s eyes, saying nothing, a faint smile on his face.

That was all it took. Henry’s body wilted and beads of perspiration sprouted on his forehead.  He cleared his throat and almost gagged.  He had swallowed his pride so quickly he almost choked on it. He hurriedly opened the door.

Not changing the expression on his face, Rico thrust the bags into Henry’s chest and, holding the door open, motioned to the woman to go through first.  Embarrassed, she thanked him and smiled self-consciously.  He walked past her, barely acknowledging her gesture, then turned on his heel before climbing the three flights of stairs to Jean’s apartment.  He couldn’t resist.  He caught the man’s eye and said, “Thanks, Henry.”