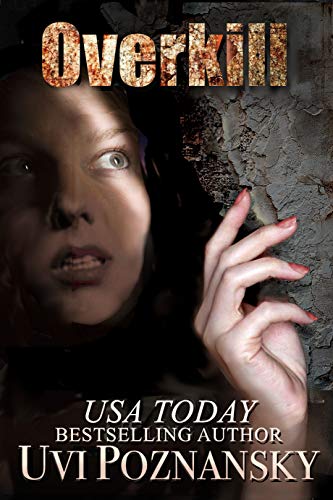 The cops think it’s an attempt at mass killing, but Ash wonders if the only victim was specifically targeted by the killer.

The last thing Ash expects when she lands in Clearwater, Florida, is to be stalked by a troubled teenager.

If that’s not bad enough, she is caught in a shooting spree next to the nearby elementary school.

The cops think it’s an attempt at mass killing, but Ash wonders if the only victim was specifically targeted by the killer.

Will she manage to identify him and have him arrested before he comes after her?

“Miss you too, sweetheart,” he says. “I’m so lonely without you.”

“When are you coming back?”

I’m tempted to say, “She misses you too,” which will make both of us burst in laughter. But instead, I say, soberly, “She went back home. Left on a flight earlier this evening. Now I have the place all to myself.”

“Oh really? Show me how it looks!”

He chuckles. “Oh Ash, I bet you’re just saying that.”

On a whim, I text him the pics of the walls, the ones I’ve just taken. “See?”

For a moment, he seems speechless. Then he says, “There’s only one chair.”

“It is furnished, downstairs.”

“If you were here, you would hear thunder, too.”

“Must be scary for you.”

“Sweetheart,” he lowers his voice. “No wonder you miss me!”

For a moment, I’m close to telling him that I’m pregnant, but then the thought of hearing his breath catching in his throat stops me cold. What on earth can he say to such horrible news, especially when we’ve never made love, never gone beyond an innocent first kiss? Can he be expected to make promises, such as, ‘I’ll help you raise another man’s baby’?

“Sorry, Michael, I have to go,” I whisper, hoping he can’t detect the tears choking me.

With a slight push, I slide down the staircase. It’s steep—but thankfully, not slippery, thanks to leaving my boots on the other side of the hole. I crawl out through it and land in the living room with a sigh of relief. Close to exhaustion I gather myself up, go to the kitchen, take out the plate of cheesecake filled strawberries which Ma has prepared for me, and devour them down to the last one.

Surprisingly, I feel no remorse whatsoever. In my condition, I’m eating for two.