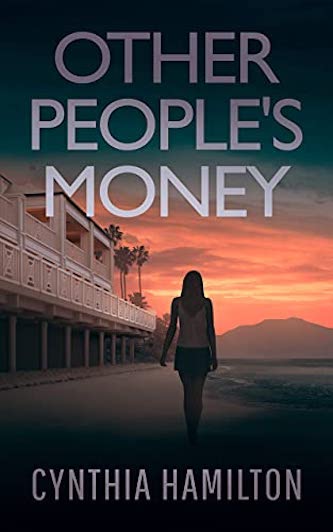 Review: A mystery that pulls in the reader. It presents lots of problems to ponder and keeps one guessing until the end.

Embezzlement and gold-digging hit close to home when two friends from Madeline’s past seek her help with delicate personal matters that could have lasting repercussions.

When funds go missing, Madeline must hunt down the trusted bookkeeper who can set things right… before her employer takes the blame.

The fast-approaching nuptials of his recently widowed father prompt another old friend to ask Madeline to do a background check on the much younger fiancée. It doesn’t take long to figure out the woman is not who she claims to be. But who is she really?

While Madeline and her team search for the missing bookkeeper and try to get the skinny on the possible gold-digger, startling connections begin to appear that will leave you following the trail of other people’s money until the very last page.

“I’m just going to spit this out…”

Madeline waited patiently while a variety of scenarios flashed through her mind, none of them pleasant. Cheating spouse was at the top of the list, followed by blackmail.

Madeline hung onto her poker face. “When you say missing…”

“She was at work on Thursday, but after she left to go to the bank, she sent Mark a text saying she was feeling really sick, like she was coming down with the flu. Mark told her to go home and take the following day off, just to make sure she wouldn’t pass on whatever she had to the rest of the office.

“After Mark let me know she’d gone home sick, I sent her a text asking if I could bring her anything. She thanked me and said it was better if no one came in contact with her. I told her to let us know if she needed anything, and she answered that she would.

“We didn’t hear from her over the weekend, so we assumed she was okay. But when she failed to show up on Monday, Mark called to see how she was doing. When she didn’t answer his call or texts, he asked me to go check on her. She lives in our guesthouse as part of her compensation package.

“I went over, knocked on the door, called out her name. I tried calling her cell phone to see if it would ring in the cottage, but I couldn’t hear anything. I even checked her garage to see if her car was there. It wasn’t. That’s when I went and got the key and had a look around inside. There was no sign of her.

“I started worrying that maybe she’d gotten worse over the weekend and went to the hospital. I called both Cottage Hospital and Goleta Valley. No one by that name had been admitted.”

Madeline studied Jane’s face for a moment. She knew there was more to this story than Jane had disclosed so far. Out of habit, her mind sifted through possible scenarios. A family emergency, a car accident, or an arrest were some of the more likely possibilities.

“How long has Carissa been working for Mark?” she asked.

“Seven years. Since right after Mark bought out the equity group that took over management of Steven’s private trust deed business.”

“How old is Carissa?”

“I assume you’ve contacted her family.”

“No, we haven’t done that yet,” Jane admitted. She abruptly broke eye contact and fiddled with her silverware while she tried to come up with the courage to just spit it out.

“Are either of you connected with her on social media?”

“I am, but I didn’t see any recent updates. Her last post was back in March.”

Madeline had put together enough to have a good hunch about what prompted this assignation disguised as a lunch date. The fact that they hadn’t contacted Carissa’s family yet was telling.

“Are we talking about embezzlement?” she asked bluntly. Jane’s startled expression and lack of denial confirmed her guess.

Jane shot anxious looks around the patio. Satisfied no one was close enough to overhear them, she took another fortifying gulp of chardonnay. She looked back at Madeline and nodded.

“It just started last week. If she hadn’t disappeared, we wouldn’t have found out until Mark went over the quarterly reports two months from now.

“Carissa does the books for both businesses, the property management and the loan servicing. She deposits the payments, reconciles the accounts, and cuts the checks for the investors and rental property owners. Both sets of books are audited quarterly by Mark’s accountants. They would’ve spotted something in the previous months. Mark went over them again, just to make sure.”

Madeline sat back in her chair as the implications registered.

Inappropriate handling of investor and borrower funds―in this case, embezzlement―is what brought Steven down. That, and conspiring to have her killed. His former investors would be understandably leery about investing in that kind of fund again. Mark would’ve had to work hard to overcome the stigma associated with RAM LLP.

She supposed Mark’s clients found the rate of return on their investment hard to resist, despite the risk of corrupt management and Ponzi schemes like Steven’s. Using wealth to create more wealth was never going to go out of favor. It was passive and relatively safe, especially when tied to property in places like Santa Barbara, where the demand for homes outweighed the supply.

Madeline’s thoughts were interrupted by the arrival of their salads.

Please click HERE to find Other People’s Money on Amazon.