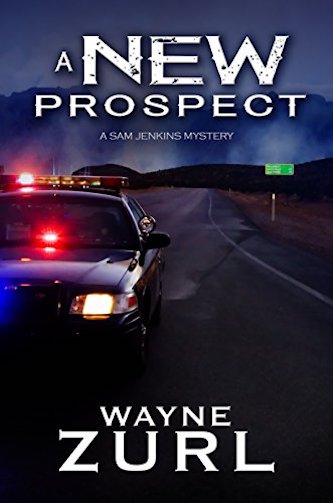 In the South, secrets go deep and not discussed in polite company. Grudges follow generations.

Sam Jenkins never thought about being a fish out of water during the years he spent solving crimes in New York. But things change, and after retiring to Tennessee, he gets that feeling. Jenkins becomes a cop again and is thrown headlong into a murder investigation and a steaming kettle of fish, down-home style.

Few people believe me when I speak about my life-altering experience at the checkout in Wal-Mart.

An elderly woman with a cart piled high with groceries scurried toward the express line before I could cut her off. Life is unfair. I only needed a roll of duct tape and a package of D cell batteries. She belonged at another register.

Once there, the old girl moved slower than a Galapagos tortoise. Even the cashier showed her impatience. Before the woman finished writing a check, her milk began to curdle.

As I waited for her to unload a half-ton payload onto the tiny counter, I noticed the headline on a copy of the Knoxville News-Sentinel lying on the newspaper rack. Prospect’s Top Cop Nabbed in Gun Sting. As I read further, I learned that agents of the Tennessee Bureau of Investigation arrested Chief Albert J. “Buck” Webbster for selling confiscated handguns in the parking lot of a Knoxville gun show. Stupid bastard, I thought. Lose your job, your pension and your reputation for a couple of hundred dollars.         Finally, the old lady wheeled her cart of groceries toward the exit. A sergeant from McGhee Tyson Air Base, wearing a crisp set of cammies, tapped my shoulder. “Your turn, bud.” He pointed toward the register.

I folded the paper. “Thanks. I was just taking a nap.”

I bought the paper and headed out to my truck. With the warm sun shining on the cab of my F-150, I continued reading about Webbster. The long and detailed article outlined how the state cops played Buck like a hillbilly banjo. Twice they bought guns from him. After that, they executed an arrest warrant in his office at the Prospect Police Department. Embarrassing would be an understatement.

The old lady at Wal-Mart didn’t change my future. The newspaper did. I used to know a lot about police work. The article started me thinking.

The mayor’s conference room in the Prospect municipal building measured about fifteen by twenty. Mayor Ronnie Shields and I sat together at one end of a long oval table in padded armchairs.    “We’re pleased someone with your experience would apply for a job with the Prospect Po-leece,” he said.

“And I appreciate you granting me an interview so quickly.”

I nodded and gave him a brotherly smile, wanting to pick a piece of lint off his right sleeve.

“As I was sayin’, we need ta fill the chief’s position real quick. Circumstances bein’ what they are, Buck Webbster has ta push his retirement through fast as the state kin process it.”

I nodded again, wondering how much the mayor’s suit cost. His striped tie must have topped seventy bucks. I learned from a friend at the county sheriff’s office about Webbster getting saved by the local good ol’ boy system. Thanks to friends in high places, the county DA waived prosecution with an understanding Buck would retire and leave the state. Not a bad deal when you weigh it against the idea of a convicted cop doing hard time.

“If the Council were to choose you as our new chief,” Ronnie said, “would starting next Monday pose a problem for ya?”

I had discussed this new venture with my wife, Katherine before I dropped off a resume and filled out an application a few days earlier. She thought getting back into the world after years of retirement would do me good.

“No, sir, I can start on Monday if necessary.”

The mayor nodded with a big grin. He noticed the lint on his sleeve, picked it off and dropped it on the gray tweed carpet.

“There’s jest one thing, Sam,” he said. “The salary ya asked for is a bit more than we anticipated starting the new chief with. Is your price negotiable?”

Ronnie Shields seemed like a nice man. I decided to spare him my hard-ass act and negotiate honestly. Honestly. Not stupidly. Whenever I try to sell something, I pad my asking price.

“I know Tennessee salaries are considerably lower than those in New York,” I said. “I based my request on my last year’s pay up there. That was fourteen years ago. Considering the responsibilities involved here and how you need to restore confidence in the department, I thought the figure seemed reasonable.”

Ronnie sat back and raised his eyebrows.

“Mr. Mayor,” I continued, “you need a competent man quickly. You only recruited locally to get someone for next Monday. And I know only one other man with supervisory experience applied, a patrol sergeant. The others were all deputies or police officers. I’ve run sections with annual budgets of around a million dollars, and you don’t have to worry about me getting arrested.”

He hung his head slightly and gently rocked back and forth. “You’ve got me there, Sam. I guess you had went and done your homework.”

“I was a detective for a long time. Getting information comes naturally.”

Please click HERE to find A New Prospect on Amazon. 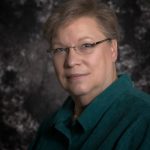