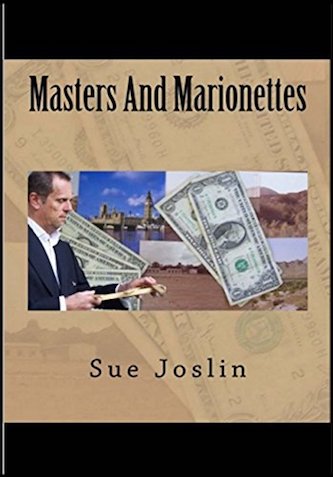 The story is rife with betrayal, corruption, and hidden motives.

In this tense action thriller, who is really behind the orders that send Nasir to travel from the deserts of Saudi Arabia to the winter streets of London, and why?

When the world changes and the balance of power threatens to shift, unholy alliances are made by those whose lust for power.

They know no limits.

The sunlight glinted off the miles of tinted glass and metal which made up the power plant at Rurgan. Even from where he lay on the roof of the control room, Husam could smell the metal tang in the air from the thousands of solar panels.

It was mid winter and the temperature was only just above freezing, but Husam sweated despite the cold. He risked raising his head to peer over the parapet towards where the enemy gunmen were hiding.

A burst of firing from the direction of the gates told him that his men still held the road leading in but were pinned down, and it was only a matter of time before they were overwhelmed. The enemy were getting closer, and if help didn’t come soon, they would take control of the solar fields, and then it would all be over.

In the far distance, at the other end of the field, more gunfire could be heard.

Husam swore softly; they were surrounded.

He got to his feet and lumbered towards the door in the roof, trying to crouch sufficiently low to avoid the snipers hidden in the rough ground beyond the gates.

Down in the control room, technicians were busy as they hurried between panels, trying to complete their tasks in case the worst should happen.

“Have you got the links up yet?” he boomed.

“Communications are still down all the way between here and Saudi Arabia. It’s going to take the repair teams at least a week to get it all up and running again. The only positive is that the enemy are going to have as much difficulty calling in reinforcements as we are.” The answer came from a slightly-built man whom Husam could have snapped like a twig.

“You forget, my son, they are out there and we are trapped in here. We can’t be sure that Nasir and Najid got through. Is there any way of linking up with the communications satellite directly from here?”

“It would be very difficult; we would need the codes.” Husam’s son shook his head.

“You’re supposed to be an expert hacker, aren’t you, boy? Well get hacking!”

The little man nodded in acknowledgement of the order and bent over his task.

Husam headed for the stairs.

Outside again, he ducked behind the sandbags which formed a bunker round the door.

“How much longer can we hold them off?” he asked of the two men crouched there, guns at the ready.

“It is in the hands of Allah,” the elder of the two shrugged. “We will hold as long as we can. The enemy have the ground to the front, rear and left of our positions, and skirmishers are closing in on the right. We can’t hold them off much longer and, without covering fire, we can’t hope to get out.”

Husam slumped to the ground beside them, wearily rubbing his hands through his beard and up over his eyes.

Inside, the room was icy. Breath from the four occupants rose in clouds to condense on the silent metal air-conditioning pipes, which ran across the ceiling. From there, it ran in rivulets and dripped onto the pitted concrete below. The sound echoed back from the bare walls. The smell of suffering permeated the air.

In the centre of the room, one man sat slumped on a rough, wooden chair, his arms hanging loosely by his sides and  blood oozing from a cut at the corner of his mouth, matting his beard and dripping onto the floor to join the old stains left by previous occupants. His dark eyes were half closed, his finely arched eyebrows drawn down in a frown of pain.

A second man leaned back against a wooden table, which stood against one wall. A laptop stood open on its rough, wooden surface, the screen throwing back the images being captured by its single, electronic eye.

“You are sure you have nothing to tell me?” The interrogator’s smile was lazy, and it seemed to Nasir that the man hoped that he would receive no answers.

Nasir shook his head stubbornly; the stakes were high and how many more men would he condemn to occupying this chair and this room if he gave up his secrets.

He was rewarded with a broad smile from the thin lips.

“I think we should play a little game, you and I, as you seem to enjoy playing games so much. Bring the other one in.” This last order was barked at the two guards at the door.

Please click HERE to find Masters and Marionettes on Amazon.