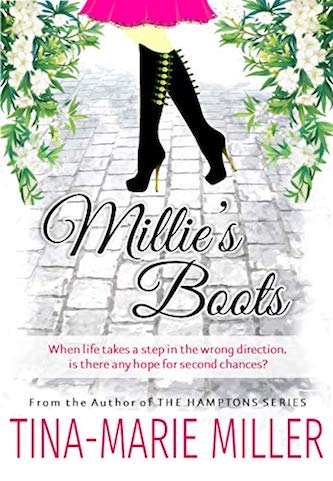 Buckle up and enjoy this humorous tale of confronting stigma and scandal with the power of hope, friendship, and love.

Journalist and broadcaster Millie Fielding-Hughes’ shock announcement that she’s called off her wedding to one of the UK’s most eligible bachelors leaves her parents reeling. More so when they learn that Jack Brompton’s extra-curricular activities include a penchant for cross-dressing! Fearing an impending scandal, they pack their only daughter off to a wellbeing retreat in France.

With claims to ‘heal one soul at a time’, Château Fontaine is no stranger to a touch of drama. Surrounded by a group of new friends, Millie hopes that Jack will soon become a distant memory – until she comes face-to-face with the very thing she’s trying to escape from! Millie might have run away from her secrets, but it seems the past hasn’t quite finished with her…

Buckle up and enjoy this humorous tale of confronting stigma and scandal with the power of hope, friendship, and love.

Millie slipped off her sandals and proceeded to make herself comfortable on one of the wooden sun loungers arranged around the pool. She’d scooped her long, dark brown hair up with a banana clip, having remembered to secure its position high enough so it wouldn’t get in the way when she wanted to rest her head back. Closing her eyes, she relished the warmth from the sun beating down on her well-oiled skin.

Her thoughts drifted back to her earlier therapy session, which had not gone as well as she’d anticipated. Within minutes of meeting Lucie Fafard, Millie began to unleash all her pent-up frustrations and anxieties about her ex-fiancé, Jack, and the events that had caused her to cancel their wedding. Having expected tea and sympathy, however, Millie was very much blindsided by Lucie’s reaction.

It wasn’t that she’d been necessarily critical or judgemental – on the contrary – but what Lucie did do was raise questions that Millie either hadn’t considered, or wasn’t able to answer. It was decided that this was causing Millie’s ‘dis-ease’, and Lucie had encouraged her to spend the rest of the afternoon in reflection.

Millie opened her eyes to take in the owner of the smooth, and very clipped, English voice.

‘Not at all,’ she smiled as she sat up and offered her hand in introduction. ‘I’m Millie.’

‘Andrew, pleased to meet you.’

They shook hands, and while he took up his position on the neighbouring sun lounger, Millie gave him the once-over through her sunglasses.

At 5ft 10 with short, light brown hair and blue eyes, Captain Andrew Stapleton-Powell was incredibly fit and therefore looked much younger than his 41 years – not surprising, considering he’d previously spent 20 years in the British Army.

‘Have you just arrived?’ Millie enquired. ‘I’ve seen a few people milling around since yesterday but I haven’t met anyone else yet.’

‘I’ve been here since Monday actually,’ he replied, settling back into his seat. ‘I’ve been holed up in my room for a couple of days; had some things to sort out, you know.’

Millie eyed him curiously. ‘Yes, me too – arrived on Monday, that is. I’ve just been spending some time getting to know my new surroundings, seeing as I’m going to be here for a few weeks. Where have you travelled from?’

Before Andrew had a chance to answer, however, they were interrupted by another arrival.

‘Aye, aye!’ Benjamin Russo, a 33-year-old salesman from Halstead, Essex, bounded over to them like an excited Labrador. With his inky, wavy black hair and dark stubble, he was strikingly handsome – and he knew it too. ‘Nice to meet ya,’ he said eagerly, reaching out and shaking hands with his new-found companions, ‘I’m Ben and I’ve been sent here because I’m a bad boy.’ He followed this announcement with peals of laughter. ‘Naw, I’m only joking – well, sort of – so, what are youse twos in here for then?’

His cheeky Essex accent grated on Millie, but Andrew, apparently, was at home with everyone, and the two of them struck up quite a friendly conversation – until another guest arrived.

‘Oooh, lovely jubbly; take a look at the thrupenny bits on that!’ chuckled Ben, and all eyes swivelled towards India Edmonds.

She’d just about managed to squeeze her ample assets into a rather fetching red polka dot swimming costume, which was complemented by her short, white blonde hair, fashioned into a layered crop. Never one to shy away from attention, she waved at the small group, her smile displaying a set of perfect white teeth. ‘Hello everyone, I’m India, pleased to meet you.’

‘I think I want to travel all over you,’ Ben interjected. ‘Actually, have you got a pen handy?’ he asked her artfully, gesturing at her polka dot swimsuit. ‘I’m quite partial to a bit of dot-to-dot.’ He proceeded to fall about laughing at his quip, and it was so infectious, India couldn’t help but join in with him.

‘You’re a cheeky one,’ she chided playfully, ‘why don’t we get in the pool and cool you down?’

Her words were music to his ears, and together the two of them plunged into the pool, leaving Millie and Andrew watching on, bemused by what had just happened.

‘I do hope this isn’t going to turn into an episode of Love Island,’ Millie complained.

‘Love island?’ Andrew repeated. He hadn’t a clue as to what she was alluding to.

‘Yes, you know, it’s one of those reality shows where they dump a bunch of young, hot singles on an island – all of whom are hoping to desperately find love or romance.’

‘Well, I don’t think that’s something we need to worry about,’ he muttered, before getting up off the sun lounger and going to join the others, leaving Millie aghast. 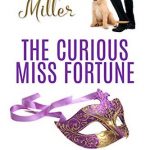