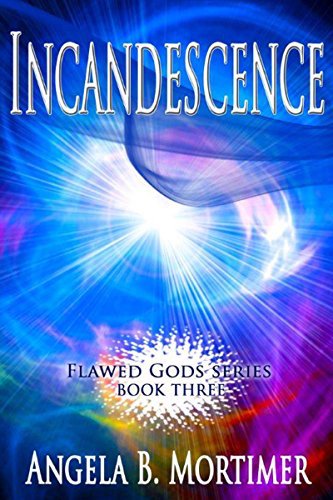 She was so different from other women; she glowed like gold and her pale golden hair fell over her body like rivers of silk.

Doella wonders what she is and looks for the answers she already knows. In this final book we find out, and the truth is not easy for any of us.

She meets the Cael, the oldest creature in the universe, and finally learns the truth of her making and the terror of her ending, both of which she has stubbornly refused to admit.

She bears the children the Elder Vrash has foretold, and in doing so unleashes a power as great as her own on the universe – for these are the Discuri, the twins.

These two sons of Doella must fight, one for good and one for evil. Evil must destroy all those who value goodness, for it cannot bear the light.

Doella must locate the other Guardians if she is to hold this universe for the side of light and for the futures yet to come.

In this final book, we share with Doella the truth of her terrible existence and why she must be the “mother of all”.

When Vrash got back from his weapons practice, his father was nowhere to be found. Coath had promised his son he would listen to his ideas about how to keep their outlying borders safe from the Pharlas, who continued to raid their settlements even after Coath had defeated them in battle.

He felt a jolt in his mind; his mother had arrived. No wonder his father wasn’t available, he forgot everything else when Doella was here. She usually stayed a few days, and they rarely left their apartments. After his parent’s initial lovemaking, Vrash knew that she would want to see him, and even though he was a grown man now, she would caress him and stroke the hair from his eyes. When he was younger, like all boys, he would squirm and try to pull away, but now her touch was wonderful.

In common with all Doella’s children, Vrash had grown up quickly. It was only five years since the Pharlas’ failed invasion, and he was now a full-grown man with the appetites of his parents. He made full use of his father’s little used harem, but none of the soft, gentle arms of the beautiful women felt like his mother’s. He pushed his jealousy away. This was insane, madness; it was against all decency to want your mother. But she was so beautiful, so different from all the other women; she glowed like gold and her pale golden hair fell over her body like rivers of silk. And her eyes; no gem ever shone bright as her green eyes did. When she told him she loved him, the feelings sent into his mind were joyful, and to the young man even sensuous.

It was hard to hide his feelings, for he felt aroused thinking about her. He thought about visiting Laose, his current favourite. She did all she could to keep the young prince happy, but even her soft caresses couldn’t dispel his secret longing for his mother. He must keep it secret; his father would hate him if he knew, and he hated himself even more.

Vrash went into the garden, asking one of the many servants to bring him wine, and then sat under a canopy and waited for his mother to call him. From where he sat he could see the white curtain of their bedroom blowing gently in the breeze. He heard his mother’s laughter. He drank more wine and tried to relax. She laughed again, and his father joined in. Nobody else made him laugh like that. She didn’t stay long enough, his father said over and over again when he drank too much, and that was usually just after she had left them; but Vrash knew too that Coath was grateful she came so regularly.

His father said she was a goddess who lived in the stars and came to him, a simple mortal prince, because she loved him. Vrash had seen the blue and white crystals sparkling on her body. No earth-bound woman could be so lovely; she had to be a goddess! He tried so hard not to envy his father, who he adored. If it wasn’t for this madness, he would have a perfect life. He made up his mind that he had to leave, take some like-minded young men and explore the lands far from their borders. His father had done the same when he was young, so he wouldn’t stop him. Then he would be removed from this unnatural torture.

Doella mind-called her son; her special son, whom she knew would play an important part in all their futures, especially hers. She knew too the terror in his mind because of her. This dragon concept made her uneasy too. The future of many worlds would hinge on the help her son must give her.

Vrash waited a few moments to imply that he wasn’t anxious to see her, and then went along the inner corridor to their rooms. She was still lying naked on the cushions, with his father beside her. Coath threw a silken shawl quickly over Doella’s body as Vrash entered.