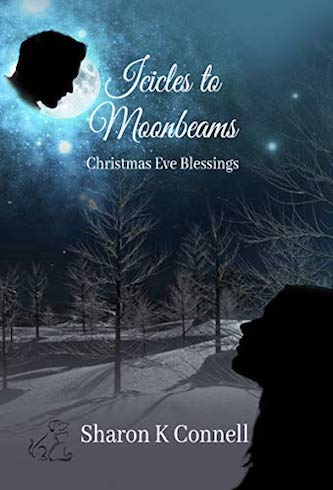 Would life ever be the same for Alanna after the only man she’d ever loved died?

A dog, a cat, and a handsome doctor cross her path and fill the void…at least for a while. The pets go missing, and she wonders about the doctor when he does too.

But not until after he’s kissed her as no other man had ever kissed her, setting her heart on fire.

A former coworker who is determined to win her adds more stress to her life.

Should she give up her dream of a happy life in America, leave the home her husband and she shared for ten years, and go back to Ireland?

A chill traveled through Alanna McCarthy as though icicles dripped down her spine. “How do I get over this pain?”

She pushed her bedroom window lace curtains aside and gazed out at the green and partially yellow leaves carpeting her front yard from one side to the other. Last night’s storm sure had ravaged the trees and plants. Houston trees didn’t usually lose so many leaves the first of September, not to mention several branches. But the damage matched her shattered heart. Since December twenty-second, the first day of winter last year, sharp pain like piercing icicles had replaced the warmth of Jake’s love.

How could a healthy, vital man have a heart attack at such a young age? Ten years into their marriage. Tears sprang to Alanna’s eyes—her usual ritual in the early morning when she rose from a fitful night’s sleep. Too often, her mind replayed that horrible phone call. “Mrs. McCarthy, I have some bad news. Your husband…” She had to stop dwelling on it. Alanna breathed a bitter laugh. Like that would ever happen.

She pulled a tissue from the box on her nightstand and dabbed at her eyes. How appropriate for the weather to remind her so she could prepare herself for more heartache as she approached another winter of memories. He’d turned thirty the day before it happened, only two years older than she. Had they celebrated too much that day? She’d wanted to give him a birthday he’d never forget. But she was the one who would always remember.

Would she ever get over this depression?

The white curtains fell back across the window, and Alanna trudged across the thick carpet to the bathroom. She sighed. The house was so quiet. Why had they put off having children? They’d have filled her life in Jake’s absence. Maybe they would have had two. She shook her head. Best not think about that either.

A disgusted huff came out of her. How could she be so callous, thinking of herself? If they’d had children, the kids would have no father. And how would she take care of them all alone? They’d be so young. Others had done it, but could she have managed? Surely not with the grief that engulfed her. How did people do it?

And now this. Laid off from her job at North Houston Regional Hospital and three months before the holiday. Another rotten Christmas. She sniffled.

Two weeks’ severance pay. How generous. Sarcasm was unbecoming, but she couldn’t help herself. Cutbacks. How could they afford to cut back on employees when there were so many sick people at this time of the year?

She brushed her long blonde hair as if it were responsible for her problems. This year’s flu epidemic alone should make the need for health care more crucial. They’d been shorthanded last year when Jake contracted the flu. If they hadn’t been, he wouldn’t have died. No doubt, the flu, and its complications had taken a toll on his heart.

The cell rang. She reached for her purse, yanked it onto the passenger seat, and fumbled for the phone. She pulled it from the purse and checked the caller ID. Steve again. Alanna shoved the cell back into the bottom of her bag and started the engine. “Why can’t that man leave me alone?” She’d told him over and over she wasn’t ready to start seeing anyone. Yet, he continued to ask. “Who on earth gave him my number?” So far, no one had owned up to it.

Alanna backed out of the driveway and drove down the street. Steve had been pretty chummy with Alicia from Human Resources, but she wasn’t supposed to give out personal information without the employee’s consent. Ha! Since when did rules prevent people from doing things they shouldn’t when there was an ulterior motive? But what would Alicia’s have been? Oh, well. It didn’t matter. It was done. He had the number and persisted in calling. She would simply persist in not answering until he got the message.

She should change her number, but it was such a hassle. Then she’d have to tell her sister why it was changed, which would cause an entirely different problem. No. Better to ignore the calls.

“Get your mind off him and onto your job hunt.” She had her days free to search for a job since the hospital had immediately released everyone they laid off. Forget about it, and get on with your life. That’s what she needed to do.

Please click HERE to find Icicles to Moonbeams on Amazon.