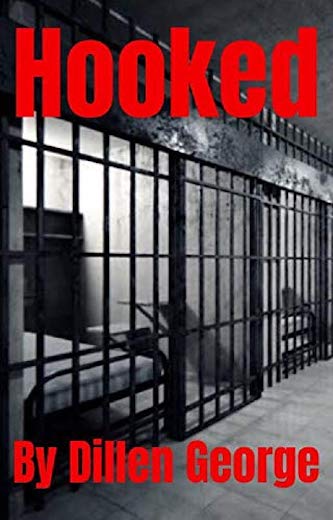 I know I’ll die before I leave this prison. It’s hard to accept, but I’m completely alone. There’s no one to blame but myself.

A man with no other options left takes drastic measures in order to provide for himself and his son.

He soon discovers that the world of narcotics and their distribution is a cruel and cutthroat one as his life begins to take many unpredictable turns.

Review: “A captivating story with an astonishing mix of suspense and intrigue. The descriptive writing along with the pace of the story will keep you on edge of your seat until the end.” 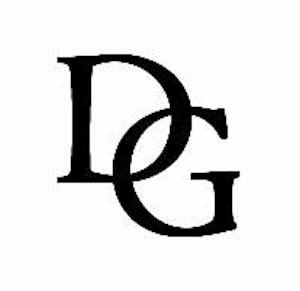 I’m not trying to make any excuses, and I’m not trying to make myself sound good. It’s far too late for any of that. All I’m doing here is telling my story, if for no other reason than to occupy my time for the next twenty-five to life. You see, I’m sitting in a small ten-by-ten prison cell in the New York State Prison. More likely than not, I’ll be here for the rest of my life. It’s a pretty dismal existence, of which I’ve already served seven years.

I haven’t seen any friends or family since my trial; they’re all too ashamed to be associated with me, and I can’t say that I blame them. I miss them like crazy every single day though, and at forty-five years old and knowing that I’ll die before I leave this prison, it’s hard to accept the fact that I’m completely alone. But there’s no one to blame but myself.

How I got here in the first place is a long story, which I plan to explain fully. It all starts with me working as a bank teller in the heart of New York City’s buzzing Financial District. I didn’t love my job by any means, but it was a way to put food on the table and that’s all that mattered to me. I was a husband, and parent with a son back at home.

My wife’s name was Angelina, and my son’s name was James, he was just nine years old at the time that all of this started. Those two were my world, especially James; Angelina and I had tried for years to have children and were told multiple times that we couldn’t, but we refused to give up. And one day, after eight years of trying, numerous miscarriages, and countless doctors’ appointments, we found out that Angelina was pregnant.

We were ecstatic, I was so happy that I was going to be a dad; I had always dreamed of being a father, and I truly believe that my son James was the most beautiful miracle in this world. On the day he was born I felt more amazing than I had ever felt in my entire life; Angelina and I finally got what we had dreamed of for so long, we had our beautiful boy.

Unfortunately, though, Angelina only got to know James for eight years; his mother, and my wife of nineteen years, died in a car accident on the way to see her parents in Pittsburgh. She was driving down Interstate ninety-five when an eighteen-wheeler jackknifed on the icy pavement right in front of her. She was unable to stop in time and slammed right into the big truck at seventy-five miles per hour, she died instantly.

James and I were supposed to be traveling with her that day, and if we were then there’s no doubt that we would have suffered the same fate. The only thing stopping us from traveling with her was the fact that James was sick, he had come down with a bad case of the flu and there was no way that he could have made the trip. I told Angelina to go on without us, that there was no need for her to miss a chance to see her parents and that I’d stay home and take care of James; to this day I still kick myself for letting her go. I guess you could say that, in a way, I blame myself for her death.

After Angelina’s accident things didn’t ever really return to normal. Both James and I were devastated when we received the news, and I don’t think either of us really ever got over it. James had to go to counseling for quite a while, and often he would lay awake at night crying, only falling to sleep when I would go into his room and hold him. But even then, he never fully calmed down.

As for me, I had immense trouble coping with the death of my beloved wife as well. I often cried for hours on end, though never in front of James as not to make him more upset than he already was. I found myself consumed by grief and guilt to the point where I came to a place often called “rock bottom” by many people. To lose the person whom I believed to be my one true soul mate was something that wasn’t even remotely easy to deal with, and that showed.

Soon, my grief over Angelina’s death caused me to lose some of my productivity at work; I went from employee of the month to the warning list in two months flat. Aside from grief, I was now fully responsible for caring for James; this included, making his meals, taking him to and picking him up from school, taking him to appointments, and a whole list of other responsibilities.

My work schedule in the past had been designed without these things in mind, but now that they were prevalent, I was often late and had to have coworkers cover for me multiple times. I tried to get my schedule changed, but each time I did I was told that the demand for workers was too high and that I would have to “make it work.”  Needless to say, my blunders at work did not please my bosses, and just five months after Angelina’s death I was fired from one of the best paying jobs in the city.

After being fired I quickly realized that I had no means of providing for James and that in the span of only a month or so we would both be homeless and starving, and that’s not the kind of life that I wanted my son to live. I searched all over for jobs, for the next week after my firing I went on nonstop job hunts.

I first looked for jobs that could utilize my skillset and background in finance, but I quickly found that there weren’t any such positions available and I shifted my focus. Next, I tried for business jobs, hoping to get a decent paying job even though I wasn’t an expert in the field of business. But each time my lack of experience was used against me and I was turned down for job after job. By the end of the week, I was looking for any job possible; fast food, retail, construction work, all were on the table but each time I was refused work because there were either no positions or I didn’t have the proper background.

By the end of that week, I was deflated and feeling a sort of hopeless anxiety that it’s hard to describe in words. The hardest part of the whole ordeal was that James knew what was going on; he may have been young but he was no fool, and it often seemed as though he worried about the situation as much as I did.

“Daddy,” he said with tears in his eyes as he walked into the living room one night, “Are we going to have to live on the street?”