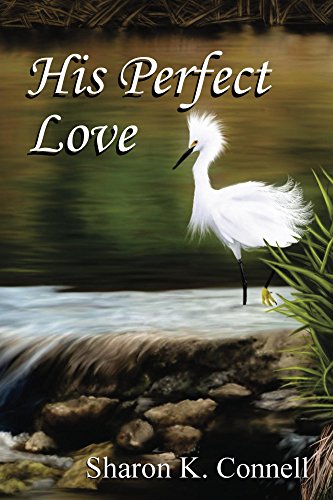 Review: Patricia’s bad choices have forced her to run for her life in a story filled with suspense, some romance, and a satisfying ending.

No one crosses Jerry Windham and gets away with it. Not even a woman as shrewd as Patricia Campbell.

After uncovering this man’s dreadful secrets about women reported missing, she ran.

Even two years later, she can’t get rid of the thought that he’ll never stop looking for her.

He’d do anything to see her dead, or worse. Unaware of the FBI’s search for her to learn what information she might hold, she continues to hide.

Three new men enter this beautiful woman’s life. A persistent computer technician, a charming philanthropist, and a handsome, wealthy businessman who wants to marry her.

But her fears resurface, and she wonders if she can trust any of them.

Having rejected God in her college days, Patricia believes He would not listen to her now.

All she wants is to change and have a normal life.

Will she put her trust in God?

Can she survive long enough to find peace…and perfect love?

Patricia Campbell picked up a newspaper from the lunchroom table in the medical clinic where she worked. The headline read: “Young woman found dead.”

Her eyes scanned the story. The victim was only a year younger than she was. Patricia trembled as she set the paper back on the table. Someone might have written that same story about her two years earlier if she hadn’t slipped through the madman’s clutches.

Jerry Windham’s handsome face materialized as flashbacks played out like a bad home movie in her mind. A chill crept up her neck. She wished she’d never met him.

Her half-eaten sandwich landed in the trashcan, her appetite along with it. Just thinking about Jerry had that effect on her.

She left the lunchroom and strolled outside the building. Up ahead, an unoccupied picnic bench beckoned. Patricia took a seat and breathed in the fragrance of freshly cut grass. But it didn’t take her mind off her fear.

Jerry didn’t like loose ends. He didn’t like people who knew too much. Patricia knew that. She slumped back into the park bench and shook her head. Would she have gotten away at all if she hadn’t found out about his crimes?

She swallowed hard and whispered the truth aloud, “He won’t stop until he finds me.” And if he found her—

She got up and ambled down the street. The blustery wind tousled her thick, shoulder-length auburn hair.

Yes, she’d been fortunate to escape when she did.

As she walked, she took deep breaths to calm her out-of-control anxiety. Why Jerry was still free, and not in prison, puzzled her. The authorities must not know what she knew. But at least the police had given her time to vanish when they detained him back then in Des Plaines, Illinois.

Had she left any clues to where she’d gone, or ever mentioned her family to him? She hoped not! Did she tell him she used to live in Minnesota?

Patricia gave a short, barely audible laugh. Jerry was too interested in himself to ask about her.

Still, she’d been in one place too long.

Lunchtime was over. Patricia made her way back to the building and her desk. She tried to concentrate, but the gloomy thoughts persisted. Mounting fears suddenly enveloped her.

Rushing into the ladies’ room, she locked the door behind her. She had to stay calm. Figure out what to do.

Jerry would send someone to find her if they weren’t looking already. She’d leave the state. But where could she go?

She didn’t have much choice.

Office of the Federal Bureau of Investigation

Agent Nolan Fitzgerald sat behind his cluttered desk. He shook his head as he addressed the subordinate across from him. “This case has hit more dead ends than any we’ve ever had. I thought we’d have Ms. Campbell in here by now. How hard can it be to find one pretty woman?”

He pushed a fax from their Minneapolis office across the one open space on his desk.

The younger agent, a man in his late twenties, picked it up and scanned the paper. “Well, at least we know she’s been seen in Minnesota. It’s somewhere to start again after all these months. But this tip isn’t all that fresh. She’s a sly one.” The subordinate laid the fax back on the desk.

Agent Fitzgerald leaned his stocky, middle-aged body back in the leather chair. His mop of dull brown hair hit the headrest. Weary eyes searched the ceiling, as though looking for clues.

After a minute, he stood and walked to the window. The other agent followed him, and they both peered down at the people who scurried on the street four stories below them.

“Look, boss, I’ll leave tonight and pick up the trail in Minneapolis. It’s a big town, lots of places for her to hide. But the local office should have an idea of where to start.”

“She could be anywhere. Look at all those people down there. The woman could be walking right under our noses.”

The younger man pursed his lips and ran his fingers through his blond hair. “And let’s hope I discover another lead when I get there. Windham is probably nervous. He’s sure to have gotten wind by now that we’ve been asking about him. Do you think he suspects we’re trying to locate Ms. Campbell?”

“We’ve all eased up on him. But, if he thinks we’re after her for information, he’ll send somebody to find her. She’s in for a rough time if his goons get there first.”

Please click HERE to find His Perfect Love on Amazon.