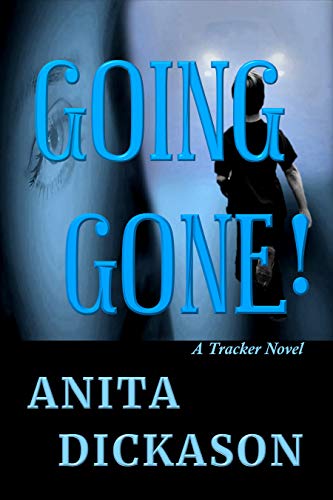 When she discovers Tristan is the kidnapped son of a U. S. Senator, her call to the FBI is just the start, not the end of her problems.

Dodging ruthless kidnappers who know her every move, she’s forced into an uneasy alliance with the agent assigned to the case, FBI Tracker Ryan Barr.

Protecting Tristan soon puts Kerry and Ryan in the middle of a plot that strikes at the heart of the government—the White House.

The horrific plan has drug cartels and terrorist groups lined up to cash in.

There’s no backing down when they find their lives are on the line.

His heart raced, and lungs heaved as he gulped in air. Huddled under low-hanging branches, rocks and pine needles jabbed his bare feet. Tristan’s body trembled, but not from the cold, damp air seeping through the thin material of his pajamas. He was afraid, so very, very afraid. A dirt-encrusted hand swiped at the tears trickling down his face, leaving muddy streaks across his cheeks.

He’d escaped, but where was he? What happened? He knew he’d gone to sleep in his bed. Tristan remembered how his momma tucked the blankets around him, then kissed him on the forehead. But when he woke, he was in a room he’d never seen and on a bed that stunk. His head and stomach hurt. A strange man with an angry face stood beside the bed and peered down at him.

Hoping this was just a bad dream, Tristan had whispered, “Who are you?” As a deep, harsh voice told him to shut up, he leaned over the edge of the bed and threw up. That’s when he knew it wasn’t a dream. The stuff hit the floor and splattered the man’s pants and shoes.

Shouting, he grabbed Tristan by the arms and shook him, then tossed him back on the bed. No one had ever done that to him. Scared, he had scooted backward until his back was against the wall. Still yelling, and using words Tristan wasn’t supposed to know, the man stomped out of the room and slammed the door shut.

Tristan didn’t move until the footsteps faded away, then he slid off the bed and crept across the room. Gripping the doorknob with both hands, he slowly turned it to keep it from squeaking, just like he did at home. He peeked out before stepping into the hallway.

Tiptoeing on the wood floor, he passed the living room where two men sat, their backs to the door as they watched TV. Another doorway led to the kitchen. The room was empty though a smell of coffee made his stomach rumble, and he had to breathe through his mouth to keep from getting sick again.

When he reached the back door, he eased it open. If he could get outside, he’d find someone to help him. That’s what his momma said—find people, then run and scream to get their attention. When he slipped through the doorway, there were no people, no houses, no lights, only trees covered by a gray mist.

He ran, weaving around the trunks and bushes as he headed deep into the woods. When his feet slipped, he belly-flopped on the ground. Sobbing, he’d picked himself up. The slam of a door had him scurrying under the nearest tree to hide.

Footsteps crunched the pine cones that covered the ground. Tristan pushed back, pressing against the trunk until the bark dug into his back. Arms hugged his chest as he tried to stop shaking. If he made any noise, they’d hear him, and he didn’t want to go back into the room with that man.

The footsteps came closer. A beam of light flashed over the ground. Pulling his knees tight to his chest, he wrapped his arms around his legs, tucked his head under his arms, and squished his eyes shut. Tears clogged his throat. Momma, where are you?

The harsh voice sounded over his head. “I don’t see him over here. I’ll circle the other way. The damn brat can’t get far.”

When the noisy steps faded away, Tristan scrambled from under the tree and ran. Pajama bottoms flapped around his bare ankles. Ahead was a break in the woods, and he raced toward the opening.

A shout echoed not far behind him. “He’s running toward the road.”

It was the man from the bedroom. Terror pushed him. His legs pumped, but he couldn’t go any faster, and it hurt to breathe. He had to find another place to hide, but where? It was getting dark, and the mist made it hard to see. Behind him, footsteps kept getting louder.

Ahead was a fence, a road—then—lights. There was a car. Could he get there before it passed? Dropping, he crawled under the barbed wire and felt a hand scrape the sole of his foot.