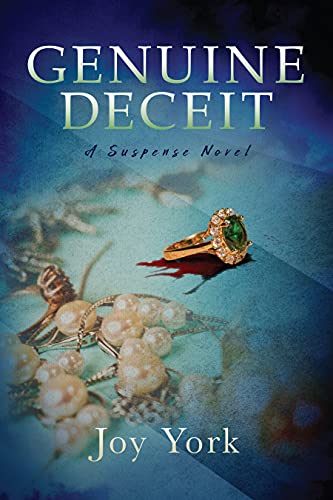 Review: As the investigation into the murder and vandalism grinds on, truths emerge from startling and shocking revelations.

When her grandmother is brutally murdered in her own home, Reagan Asher leaves her corporate job and rushes to her sleepy hometown in Ohio. She has barely entered the house before a second break-in attempt is made, prompting police to believe it’s not just a random burglary.

Reagan’s lifelong friend Mattie asks Aiden Rannell, her brother-in-law and an ex-Navy Seal, to lend support and protection to Reagan as she navigates the investigation.

Aiden suggests a ring that Reagan’s grandmother owned may be more valuable than anyone realizes. Considering her frugal life growing up,

Reagan dismisses the idea, showing Aiden an old pink box filled with similar colorful, ornate costume jewelry she and her friends played with as children.

When they find a decades-sealed container with shocking contents supporting Aiden’s concerns, Reagan begs him to help her find the origin and if it is related to her Nana’s death.

Finding clues to solve a decades-old mystery proves challenging as the threats to Reagan’s life escalate.

Could the discovery of a water-stained, half-torn photo found in her grandmother’s safe deposit box be significant?

With each new revelation of deception and lies, Reagan begins to doubt everything she ever knew about her life.

“What are you looking for?”

“You’re taking this too far, Aiden. It’s all just colored glass and painted antique-gold jewelry. I’ve had it for as long as I can remember. You don’t understand. Mattie and I dressed up with necklaces, bracelets, earrings, and hair barrettes to have tea parties in the backyard where we made mud pies, for gosh sakes! Sometimes we were so dirty, Nana hosed us off before we came back in the house. Do you honestly believe anyone in their right mind would give kids real jewelry to abuse or lose, and leave it stored in a decorated boot box? Ellie plays with it now. Nana should have given it to her a long time ago. She probably kept it around so Ellie would have something to do when she came over.”

“What if your Nana had no idea of the true value of the jewelry? Look closely at this emerald and diamond necklace. It has the same type of gold settings. And the cuts of the stones are similar.” He held them up for her to inspect.

“You don’t want to believe it, and I know it sounds absurd, but the jeweler wasn’t playing a joke on me. This ring is real. I’m deadly serious, and I’m starting to believe the necklace is too. What if all these pieces are genuine?”

Reagan slowly shook her head, searching his face for some sign that he was making fun of her gullibility, but his expression betrayed nothing.

He picked up the other pieces and scrutinized them closely, then compared the diamond and sapphire necklace to the tiara. He handed them to her.

“See the similarities in color and design?”

“I admit they appear to be in the same style, but perhaps all this jewelry was made by the same manufacturer.”

“Have you always had these pieces or were others added to your collection over the years?”

She bounced her index finger against her chin in mock concentration. “Let’s see. I broke the clasp on a couple of necklaces. Most of the stones fell out of a red and green bracelet, so Nana threw those away. Then Mattie and I left two rhinestone rings underneath the merry-go-round while we played on the jungle gym and forgot about them. They were gone when we went back the next day. The rest I’ve had for as long as I can remember.”

“Who knows how many thousands of dollars you may have thrown in the trash or lost in a mud pie?”

“You’re honestly saying you think they are …” She stopped, shaking her head.

“Genuine?” He held up an assortment of the jewelry in his fist. “I’m no expert by any means, but these pieces appear to have come from the same time period.”

Reagan sat stunned. He could see her certainty waning as the logic of his argument began to take hold, and it was terrifying her. “It … it just can’t be. No way in hell.”

“Any idea where this jewelry came from?”

She slowly shook her head. “My guess would be a store that sells cheap stuff.”

“I think we need to find someone reputable who can authenticate the jewelry,” Aiden suggested. “If it’s as valuable as I think it is, and someone knows about it or at least the ring, then you could be in real danger. My God, Reagan, someone broke in today. With crime scene tape on the damn door. That’s ballsy. We need to call Detective Kowalski and let him know about these jewels. I’m sure he can recommend a jeweler you could trust. He could also get protection for the house.”

“No? Why not?” Aiden was incredulous that she wasn’t more concerned about her safety.

Reagan leaned over and grabbed his hands firmly in hers, meeting his eyes. “Please, just listen for a minute.” She paused to collect her thoughts, but never lost eye contact. “First of all, I think you’re totally off the mark on this, but I’ll get them appraised if you insist. These stones are worthless, and I’m sure that will be proven as soon as they are examined. I know we should call the detective about your trip to the jewelry store, and that would be the smartest and the safest thing to do, but I just need a little time to get my head around this.