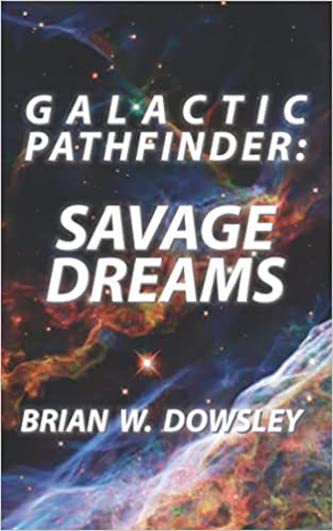 Racing to the rescue, Matt is thrust into the middle of a fight where the good and bad are indistinguishable, and both sides are bent on killing him.

Lieutenant Commander Matt Heller of the Union of Planets Geological Survey was doing what he did best, exploring the uncharted cosmos, daring the unknown. A mission is cut short when his radio cracks to life: “Mayday, mayday, mayday. This is . . .” A fellow John Wesley Powell pilot in a nearby star system was taking ground fire and going down.

Racing to the rescue, Matt is thrust into the middle of a fight where the good and bad are indistinguishable. Where both sides are bent on killing each other.

Where both sides are bent on killing Matt.

“Yes, Sergeant.” Roy had a pretty good idea what was coming. Delay wouldn’t change the outcome. He felt ill. “On my way.” Under his breath he told himself “Illegitimi non carborundum.” Don’t let the bastards grind you down. He raised his chin, threw back his shoulders, and marched with pride to the CO’s office.

Roy rapped twice on the closed office door, opened it, stepped inside, snapped to attention, and announced, “Private Hill reporting as ordered, ma’am.”

From behind her desk, O’Moore looked at him and shook her head. Indicating a chair on the other side of her desk, she said, “Sit.” Hill crossed the room and did as ordered. Using only the outer six inches of the chair, he sat at attention. “Private Hill, do you know why you didn’t receive orders with all the rest, why you’re here instead?”

“Ma’am, I think I do, but I’d like to hear it from you nevertheless.” Roy kept his voice firm, his head up, his gaze level. The rest of him was in anguish, in heartbreaking misery.

“First you blow up my truck. Do you have any idea how much replacing it will hurt my annual budget, which is inadequate to begin with? Well, do you?” O’Moore demanded.

It’s tough when you find you must respond to a rhetorical question. “No ma’am, I do not.”

She wasn’t done with him. “Then, the first time you’re put in charge of a combat unit, you can’t even finish a simple task on time.”

O’Moore was delighted she’d finally gotten under his skin. It would make this all the more entertaining. “Please do, Private.” Her response dripped contempt.

“The exercise was a no-win. My squad could never have gotten from Charlie to Delta in the time allotted. We were late because of the decisions I made. Had I not made those decisions, we’d have been late anyway because we would have been dead. In class we’re taught, hell, it’s drummed into our heads,” oops, “sorry ma’am. In class we are taught, no, more than that, we internalize the Frontier Patrol’s core values of courage, commitment, and integrity. I could not in good conscience lead my people into a possible, even likely, trap. Their lives were in my hands. They were my responsibility. Barring some extraordinary reason to get my team to Delta precisely on time, said extraordinary reason having not been stated nor even hinted at, I exercised judgment, I exercised leadership. And I made the right call—”

“That’s quite enough, Private.” O’Moore knew where he was headed and cut him off. “Your classmates will receive their evaluation reports tomorrow as they ship out to their various duty stations. Let me read yours to you now. Staff Sergeant Nazari wrote, ‘Private Hill is an outstanding soldier and consummate professional. He is a mission-focused leader who performs extraordinarily well in a fast-paced tactical environment. He builds unit cohesion. This all comes naturally to him, without the benefit of formal training. He is respected by peers and seniors alike.

“‘Private Hill is an excellent marksman with every weapon system the school teaches, especially the grenade launcher.

“‘Private Hill graduated top of his Mechanized Infantry, Basic class. This evaluation ranking is one of thirty-six.

Roy was stunned. He had the presence of mind to close his gaping mouth before he drooled on himself.

“I endorsed that recommendation.”