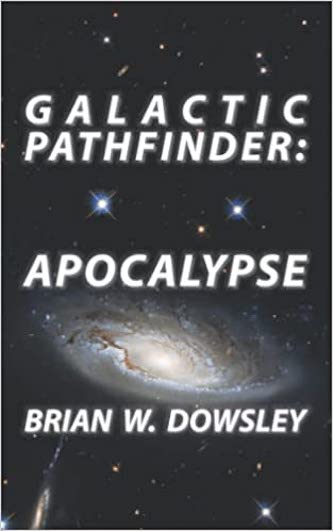 Wild grasses sway in the pine-scented breeze. Colorful birds flit from tree to tree. But something is missing. Where are the people?

The rivers, canyons, and an active volcano. After landing in a grand, tree-lined valley the entrancing parallels continue.

Wild grasses sway in the pine-scented breeze. Colorful birds flit from tree to tree. Fish jump and splash in an icy, crystal-clear lake.

Squirrels, deer, wolves, and more come out to water at twilight. He even spots animals long extinct on his home world.

Amid this splendor, something is missing.

Where are the people?

Weedhopper kneeled and gently laid down his burden of two, one hundred fifty-pound, antlered animals, slain by the hunting party in the valley below. “Your sacrifice will feed my people for many days.” He stood and backed away as the females of his clan, laughing, yapping, and jabbering, descended on the creatures with knives and scrapers. Nothing of the animals would go to waste. All would be consumed or find use as clothing, blankets, tools.

“Who got them?” asked Bright Smile, Log’s sister.

The hunt was share and share alike, but the immediate family of a successful hunter got to choose a reward: a choice cut of meat like the tongue or heart, sinew for sewing thread, or even a long bone for tool making.

Blood splashed as the women went about their merry, rambunctious way, slicing and scraping.

A strange, circular cloud passed overhead, stealing the sun, replacing it with shadowed gloom. All fell silent—the women, the birds, even the clicking, chirping, and buzzing of insects. Then the cloud was gone. Light was restored. Sound resumed.

Puzzled, Weedhopper stepped away from the bustle and stench of butchery, and inhaled clean, crisp, pine-scented air. He stood on a broad, level, scrub- and grass-covered saddle nestled between high peaks, at the toe of a horseshoe-shaped mountain ridge. The morning sun heated his back. A gentle breeze caressed his arms and face. He sighed, content, and let his eyes wander, enjoying the tremendous view. Fifteen hundred feet below, with mountains to either side, was a valley with a crystal-blue lake. His friends were down there, continuing the hunt. Turning around, he squinted into the sun, and gazed down thirty-five hundred feet at a vast, inhospitable, yet colorfully alluring, desert. The cloud couldn’t compete with all this glory. It was forgotten.

He strode off, following a wide trail leading down to the valley.

Weedhopper was exceptional. In a world where you contributed to the well-being of the clan or you were exiled and left to perish, he was an artisan, not a hunter or warrior. If he stood with spear and atlatl in hand, deep within a cave, and told to hit one of the cave’s walls, woe to anyone standing in the entrance—the only place with no wall. If he was an armed member of a hunting party, he would be more apt to hit one of his friends than anything else. He didn’t even carry a club. So why keep him around?

Weedhopper was big and strong. Bigger and stronger than anyone else in the clan—by a wide margin, by a chasm, by a canyon. Where the clan would have been restricted to overhunting their local area, or risk everyone in open, nomadic hunts, musclebound-colossus Weedhopper provided a unique solution. He and his fellow clansmen trekked below and when prey was downed, he carried it back up to their home. Often two and three times in a single day. Weedhopper never tired, was never winded. He enjoyed his niche in society.

Soon, having lived fifteen summers and winters, he would be given the chance to change his name, to choose one of his own making. Some suggested “Big Man.” Others, “Giant.” Still others, “Mountain.” Weedhopper liked “Weedhopper” and would keep it. When he was five, while wandering across a field of clumped, dry grass, he nearly stepped on a venomous snake. He was saved by quick reflexes and a high, distance-covering leap. No one in the clan saw the viper, only his tremendous jump over tall weeds. He never mentioned the snake to anyone. As young as he was, Weedhopper enjoyed having a secret all his own.

At fifteen, Weedhopper would soon take a mate, Flowers in Hair, a big-boned beauty from a neighboring clan. His clan’s elder, Cloud, and its shaman, Black Bird, would conduct the ceremony, a rare honor.

The trail leveled and the valley opened before him.

He couldn’t find his friends.

Where were Log, Fast Hands, and Spear? Other than the lake, the tree- and mountain-lined valley was a flat and mostly open field. If he couldn’t see all three of his friends, at least one or two should be visible.

There! Spear sprinted from a copse of short, broad-leafed trees, stopped, turned, and notched a spear onto his atlatl. He stood waiting. Something emerged from the woods. Spear let fly. Direct hit, dead center.

The spear dropped to ground.

Weedhopper was stunned. He froze. He had never seen an animal like this before. Round and shiny, it was perhaps half an arm-span across, a spread hand in height, and was held waist-high by many spindly legs—more than the fingers on one of his hands; less than two-hands worth. It had one eye.

And Spear’s lance had bounced off it. Spear’s!

The animal turned its eye on Weedhopper.

Paralysis broke. Weedhopper spun and fled back into the forest and climbed the often-steep trail at an all-out sprint, a painful stitch in his side, lungs drawing in air like great, whooshing bellows. Birds scattered.

Panting, Weedhopper staggered onto the level area where his clan did much of its work. There were the two carcasses he brought earlier, partially butchered, blood pooled but not coagulated. Tools were scattered around. Where were his people? Frantic, he called out, “Where are you? Bright Smile? Black Bird? Cloud?” A light whispering breeze was his only answer. His skin prickled. “Flowers in Hair!”

His clan’s cave was located seventy-five feet below, on the desert side. Accessed by a single trail, it was ideally suited for defense. He dashed to the trailhead, spun to his left to follow it down, and lost his footing on the pea gravel. Arms cartwheeling, he slid to the trail’s edge before regaining his balance.

Darting into the cave, he called out, “Flowers in Hair!” An echo was the only response.

An urgency overcame Weedhopper, a heart-rending sense of looming disaster.

He ran to his collection of pigment-filled gourds, scooped them up along with an assortment of animal-fur-bristled brushes, and set them on the floor next to a blank area of the wall. Grabbing an empty gourd, he climbed back to the carcasses and partially filled it with congealing but still-liquid blood. Returning to the cave, he mixed pigments and blood to form colored pastes. With finesse belied by his enormous bulk, he got busy capturing what he witnessed in the valley below.

After a while, he set his brushes aside, stepped back, and judged his work. Among the many other pictures he painted over the years—adding to the hundreds created by those who came before—this was his most accurate rendering; his best ever.

It would be his last.

Stones clattered outside the cave.