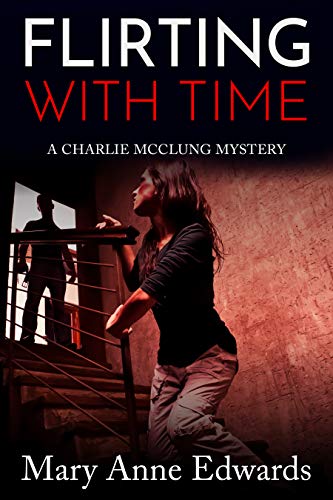 A charming, entertaining, and delightfully romantic tale of small-town deceit, and readers will eagerly await the next page-turning puzzle.

Do you know what it’s like to feel someone stalking you, shadowing every move you make?

For months now, Detective Charlie McClung and his wife have been tormented by an elusive figure, toying with them, almost daring the detective to catch him.

Any hopes that this is the work of a harmless prankster vanish when an innocent man is found brutally murdered.

McClung will go to any lengths to protect his family, but how far is too far?

McClung studied the weird stain on the corner of his desk. He wished he could find the solution to the paper heart stalker problem within its design. But the stain revealed no answers.

He moved his focus to the opposite side of the desk to his wife’s picture. A smile played on her sweet, kissable lips. Not the same smile Marian wore this morning, a strained, pretending to be a carefree grin. He knew Marian was nervous.

What made matters worse, he was scared, terrified even. He found the first one during their honeymoon cruise. McClung considered it a prank in bad taste. Maybe it wasn’t even meant for them. Then he found a second one during the cruise, which made him uneasy.

But then the hearts had followed them home. A month ago, McClung found another one the night of the party celebrating their marriage forest at the Mitch Quinn murder scene. Then two weeks ago, he found one in their backyard. McClung was afraid of what might happen next.

Unknown to Marian, he had called his brother, FBI Agent Sean McClung, the day the last heart was found in their garden. McClung had overnighted the bits of paper to his brother for testing. Maybe they could find something to link them with the person who created them. Waiting for his older brother to call with his findings was tortuous. Sometimes the FBI was fast, and sometimes it was a snail’s race.

McClung didn’t want to panic Marian. Maybe no hearts appearing in the past two weeks meant the heart stalker felt their mission was accomplished. But deep in his gut, he knew that wasn’t the fact. Something else was going to happen. Something bad.

McClung decided to tell Marian that she needed to be concerned but not to panic, if possible. Sometimes fear can save your life. She had to be on guard at all times, to trust no one except for himself, Joan, and his deputies.

He was confident that all his men were trustworthy. After Chief Perry Miller had been arrested, Charlie was appointed as acting chief of police. After which, he cleaned house. Newly ranked Sergeant Thayer was his most loyal deputy.

McClung grinned as he thought of his new sergeant. Thayer had recently taken to calling him boss after he’d watched a British mystery on television. Now the whole staff was calling him boss. Thayer was young, intelligent, and honest. He had been on the job for a few months before McClung started at the Lyman County Police Department. One could even say that Sergeant Thayer introduced Marian to him.

That night seemed like ages ago. McClung lifted the picture off the desk. “I love you, hon.” He pushed away from the desk and headed toward the back stairwell. Maybe Stewie or Jenny had uncovered something that would help solve the paper heart mystery.

Please click HERE to find Flirting with Time on Amazon.