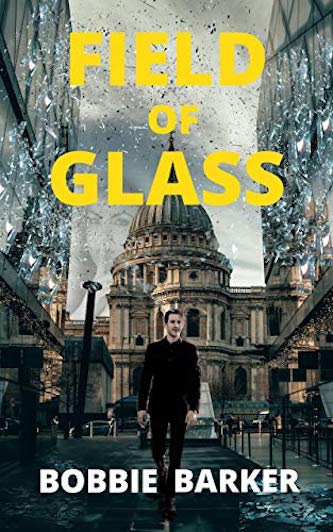 Horrified, she is about to be propelled back to her past where a psychotic and dangerous man is waiting for her.

Killing to save a child isn’t a choice.

Marcus Cusack, a psychotic, dangerous man who is about to be released from prison.

Greatly feared in the criminal world, this will please no one.

Anyone in his orbit could fall foul of him without warning or warrant.

Jessie Harris is one of the lucky ones.

She disappeared without a trace.

Horrified, she is about to be propelled back to her past where Marcus Cusack is waiting.

There is no choice.

No one spoke at first. The only sound to be heard was water dripping from a tap which echoed loudly against the otherwise silence of the room. It was like something from a movie scene, except this was real and happening to him. The word would be out that the showers were out of bounds and it wasn’t likely that any of the other inmates were going to complain – as for the screws – well they would be conveniently busy elsewhere minding their own business if only he’d done the same.

Now he was trapped in a room with four of the hardest bastards on the wing including Top Dog, Marcus Cusack, the worst of the lot – he’d known about his reputation but had chosen to ignore it. Now he realised big-time that he should have kept out of his business and out of his way. He’d been stupid to have thought he wouldn’t get found out, in fact, he’d been promised as much and like the almighty Pratt that he was, he’d one hundred percent believed it.

He’d been totally convinced that he would get away with it – plus he was on to a right good little earner – fucking stupid or what? With less than a year to go on his sentence, all he had to do was keep his fucking head down and do his time but no, he was sucked right in and stitched up like a kipper.

When lifer, George Malloy, had offered him a good deal for just being his eyes and ears he thought he’d hit the jackpot, especially as George told him he’d be under his protection – what could possibly go wrong? Well-being alone with the biggest nutter and his henchmen told him exactly what had gone wrong.

His mouth was dry as he looked at Marcus Cusack and tried to read the situation to work out just how bad this was likely to be. Cusack stood with his hands in his trouser pockets eyeing him closely – the waiting was torture. He knew the others were staring at him too, waiting for the order no doubt.

He felt a surge of anger towards George Malloy, acting all squeaky-clean, playing the innocent and leaving him to take the full rap, but he soon forgot all about that when he saw Cusack nod towards the others, the order was silent but he knew what it meant.

Two of Cusack’s men immediately stepped forward and grabbed him and roughly forced his head down towards the nearest wash basin. He tried with all his strength to resist but it was futile. He knew what was about to happen, he’d heard about it from others. ‘Open your fucking mouth!’ one of them shouted from behind. Terrified, the young man began to sob. He was more afraid of the torture he was about to endure than he was of dying. Wide-eyed and scared shitless he had no choice.

He’d barely shut his eyes when a heavy blow came crashing down on the back of his head, dislocating his jaw on impact it cracked like an egg. His teeth snapped behind the force and it crossed his mind as to how he was going to look after this, it felt like they had shattered into a thousand pieces – he couldn’t believe at a time like this he was thinking about his precious bloody, teeth. Marcus Cusack hadn’t touched him of course – he wasn’t that stupid. From the weight of the blow, he knew it was Hunch, a powerful bastard, built like a brick shit-house, twice as thick and would lick the crap off his own arse if Cusack told him to.

He slid to the floor, it felt like his whole head had just exploded and worst still, he knew it wasn’t over. Marcus Cusack was well known for his sadistic nature, there were a hundred different stories flying around about him and the sort of torture he was capable of inflicting, and here he was on the receiving end.

He’d allowed himself to be convinced it was all talk, it had been convenient to believe it because he’d been greedy, the pound signs had won the toss – after all – you took what you could inside didn’t you? Now he wished he had taken a whole lot less because there was no way out of this, he didn’t have a leg to stand on, nothing to even bargain with – it was lights out for him and he knew it.

Marcus Cusack enjoyed instilling the fear of God into people, the power gave him perverse satisfaction and this prick wasn’t going to disappoint him. He could smell his fear a mile off and it pleased him no end. He would have liked nothing better than to stand back and watch the little bastard get what was coming to him, but he wasn’t going to jeopardize his release for this fucking, muppet.

Anyway, he should count himself lucky that he’ll get to see another day, he will have plenty of time to pay off his debt. There were ways and means and he was about to give him the heads-up on that particular snippet of information. He was a young, good-looking boy even without his teeth – but the benders won’t mind that – without his shiny, pearly whites he’ll be a safe bet, no chance of sinking his teeth into certain parts of the anatomy, he supposed. No, this little bastard would be paying the price for some time to come, there was no doubt about it.