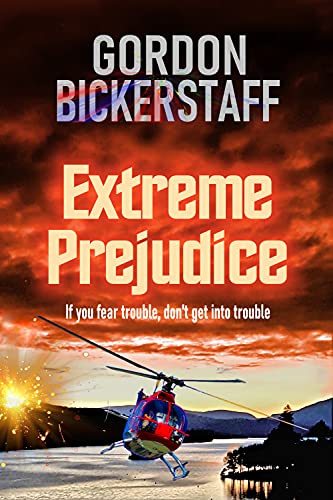 Another blockbuster in an award-winning series featuring Zoe and her mostly female team as they battle crime and corruption.

A foreign embassy official warns the UK government of a bomb attack on London.

Zoe Tampsin’s Lambeth Group team is launched into a race against time to find the terrorists.

As Zoe unpicks the details, she suspects the informant didn’t tell her the whole story. With time running out, her team chase a promising lead only to have it wrenched from their grasp.

Either the bombers were incredibly lucky, or they received a tip-off.

One of her team infiltrates the bombers. She discovers the attack has started, and her colleague Gavin Shawlens is missing, presumed killed by the terrorists.

While searching for Gavin, a massive disaster unfolds. Can Zoe stop colossal loss of life in a small community and prevent the collapse of a key pillar of society?

Kacey leapt out of the room, and with a two-handed swipe, she smashed a copper-bottomed saucepan into the man’s head as hard as she could. The force slammed him onto his heels, back into the kitchen, where he landed hard on the floor. His knife fell at his side.

Kacey followed him to the kitchen and raised the pan for another strike, but he lay still with blood streaming from his nose.

The short-wave radio clipped to his belt barked. ‘Carver. Where are you? Return to the security office. The boss is leaving. Carver!’

Kacey lifted his radio and switched it off. ‘They’ll think his battery is dead. There’s a roll of tape in the bedroom. Help me secure his feet and hands.’

‘Your strength reminds me of someone I know in the military.’

After securing Carver with tape, including a patch over his mouth, they stepped back into the hall. ‘I need to borrow your phone.’

She activated a video recording and handed it back to Gavin. He videoed her while she stood beside Jeff. Tearfully, she identified him and recounted how he died and who tortured him. She took the phone from Gavin and kept recording. She videoed Carver on the floor, identified him, and said he raped her four times. She named others who raped her.

She was operating in journalist mode. Gathering evidence and making statements. A few minutes later, she couldn’t speak. Her emotions caught up, and she relived Jeff’s final minutes. Every painful second.

After two minutes of silence, Gavin asked, ‘What now?’

Kacey returned to the room to fetch her bag and find her shoes and socks. She squirmed as Gavin helped to fit her shoes. ‘Your heels are in a bad way. Will you be able to walk?’

She glared at him. ‘If I have to run barefoot over broken glass to escape these bastards, I will.’

‘I’ll help you up to the main building. I should go back to my room.’

She shook her head. ‘Bad idea. Carver spotted you heading here on CCTV. He came to check. You better come with me. I have a rented cottage in Howwood. It’s not far. We’ll skip out the back and up the field.’

She returned his phone and said, ‘Guard this evidence with your life. When you have a signal, I’ll upload it to my personal inbox.’

They hurried up the field, heading for a dry-stone boundary wall.

Gavin ran ahead. Frightened by the image of the man bound to the table, he wanted away as fast as possible. Kacey followed six metres behind, hobbling as best she could. Her legs were weak and her feet screamed with every step.

He glanced back at her. ‘Do you know where we’re going? Aaagh!’

She looked up in time to see him leap into the air, then fall with his hands grasping for a hold on the grass before the ground swallowed him.

She stepped cautiously and approached the edge of a sinkhole.

Running forward and looking back to check on her, he didn’t see it until the last second. He decided to jump across, but didn’t make it.

She peered into the black hole but couldn’t see him. She heard running water and imagined an underground stream. ‘Are you hurt?’

She felt the soil under her feet slipping forward. She pushed her heels to launch herself backwards. When she landed, she turned onto her front and scrambled away from the hole. Slowly, she gave the hole a wide berth. ‘Hold on. I’ll bring help,’ she shouted.