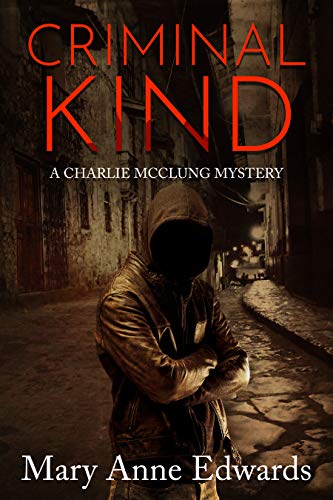 Trapped together on the high seas, it’s now a matter of survival and a race against time. Who is the devious killer?

Where can you hide when you’re trapped on land and sea with a killer?

Detective Charlie McClung had planned on a relaxing honeymoon cruise with his new bride. Warm Caribbean breezes. Sweet romance. Passionate nights. Finding a dead woman in the cabin next door was not on the itinerary.

Like it or not, McClung is pulled into an investigation that has plenty of suspects and a murder weapon he’s never seen before in his lengthy career in solving crime. To make matters even worse, it looks as though the killer may have identified McClung’s wife as his next target.

Trapped together on the high seas, it’s now a matter of survival and a race against time. Buy this page-turning traditional mystery today to discover who the devious killer is!

Marian felt Charlie get out of the bed. She watched him move like a cat on the hunt, soundlessly sprinting toward the cabin door. The bright moon bathed their suite with soft light, filtering through the double-wide sliding glass doors. She sat up, studying him as he stared out of the tiny peephole.

Glancing at the clock, she saw the time, 2:14, glow on its face, she wondered what could be going on this early in the morning to awaken her husband, and she decided to join him.

The low rumble of the ship’s engines was the only sound in their cabin as Marian tip-toed silently behind him and whispered, “Charlie, what’s the matter?”

“Something strange is happening in the suite next to us,” breathed Charlie.

Marian put her ear on the door, cold like a meat locker. Their noses almost touching, Charlie kissed the tip of hers as she strained to listen to whatever he heard. Shuffling feet, muted voices, and a man’s sorrowful moan.

“Let me see.” Marian’s hand slid across Charlie’s bare back as she jockeyed for the peephole.

He put his finger to his lips, then motioned toward the door handle. Marian slipped behind Charlie as he opened the door just a sliver, ducked her head under his arm, and stared at the people congregating in the hall. Two men pulled a gurney out of the suite, a sheet-covered body laid on it.

Charlie stepped out into the hallway, ignoring the fact he was shirtless, and in a hushed voice, asked, “What’s going on?”

Marian quickly retrieved two plush robes, perks from the cruise line for booking the owner’s suite. Throwing on one of them, she hurried into the hallway after grabbing her husband’s detective ID. Charlie carried it with him at all times, keeping it bedside while he slept. She thrust the other robe and the badge into Charlie’s hands.

He flashed the small gold shield then tugged on the robe. One of the men pulling the gurney tilted his head toward the plush cabin and mouthed the words, Go in.

Marian shadowed Charlie into the suite. The ship’s medical officer was standing with his back toward the bathroom as a man knelt over the toilet. The doctor recognized them from yesterday’s VIP ship’s tour, Marian having entertained him with dozens of questions.

“Doctor Nelson, what’s happened?” Charlie asked as he glanced around the cabin, scrutinizing it for any clues for the cause of the sheet-covered body.

He noticed somebody turned down the bed for the night and a green foil-covered rectangle of complimentary chocolate was in the center of one of the two pillows at the head of the bed. Looking in the silver trashcan next to the nightstand, he saw the missing second piece’s wadded wrapper.

Spots of white, tinged with a hint of blue, dotted the carpet, trailing from the bathroom to the foot of the bed. Charlie inspected the bathroom again. The basin and vanity were covered with the same stains, water was running, and toiletries were knocked over—dried spots of the same color decorated the mirror.

The ship’s doctor had dressed hastily in his white uniform, buttons, and buttonholes missed-matched. He shook his head with gray tufts of hair sticking up and glanced over his shoulder at the man, now sitting on the tiled floor, staring at nothing. Lightly touching the man’s shoulder, he asked, “Mr. Ferguson, why don’t you come and sit with us? I’ll get you a drink.”

The man, haggard from anguish, flinched from the single tap but followed the doctor to the small sitting room. He stood staring at a loveseat as if he didn’t know what to do. Doctor Nelson prompted the mournful man to sit down.

Marian sat next to the silent man and held his hand. Peter Ferguson’s grief was evident, which only meant the body under the sheet was that of his wife’s. She thought how cruel life could be; how a person’s comfortable and happy world can suddenly crumble into a miserable mess. Marian knew there was nothing she could say that could make his pain go away. If she tried, it would only trivialize his feelings. “Mr. Ferguson,” she murmured as she squeezed his hand and lightly rubbed his thick forearm. The memory of the night that Lee had died nudged her thoughts. No, that’s the past, and I’m not going that way. This is not about me; it’s about Mr. Ferguson.

Peter Ferguson stared at her as tears ran down his puffy cheeks, lips trembling with unspoken words. Slowly, his head tilted toward Marian. She cradled his head on her shoulder as he hugged her tightly, like he did the first day of their cruise, during the reception celebrating the renewal of his wedding vows after 35 years of marriage.