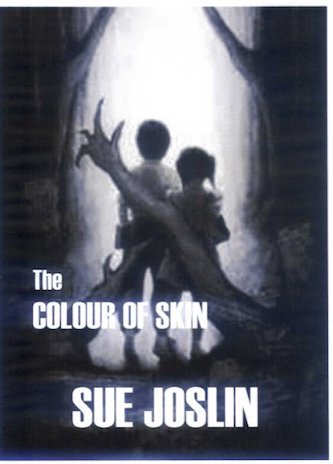 Gripping in its storyline, its one of those books that one doesn’t want to put down for any interruptions.

Racism and bullying at the hands of one who should have protected her, drive the young girl, Jessie, and her friend, Rachel, beyond despair and into a world of murder, vice, and deception.

Who are the real victims, and who are to blame when people are driven by hatred?

Sampler: The Colour of Skin

‘What’s the matter little sister, aren’t you pleased to see me? Well, I’ve got news for you, you’re going to run an errand for me, like the good little coolie you are.’

‘You’re as yellow as they come! Now shut up and do as you’re told or…’

‘Don’t you dare!’ Her beautiful, eyes, dulled by years of torment, widened fearfully.

Jazz’s features became dangerously still. ‘Or what? I know people who would just love to hurt you, so you’d better just pray that I don’t forget that they are an even lower form of slug than you are.’

How were they going to hurt her? At eight years old, Lisa had no idea, she looked down at the visible scars on her arms where Jazz had done so and she shivered.

‘What do you want?’ she muttered, her voice sullen.

Lisa relaxed a little; if that was all Jazz wanted, then she considered that she had got off lightly. There had been a time when she would have done anything to win the approval that she so desperately needed from her brother. However, experience had taught her that his errands usually involved small windows, lots of risk and no reward other than a cuff for taking too long or being too noisy.

So what was new, she shrugged, supper was often ‘in-the-chip-shop’ anyway, funded by what dinner money she could steal. On the rare occasions that there was food in the house to cook, then it was Lisa who cooked it, as May was usually too drunk to move by suppertime. If it hadn’t been a fresh salmon that was to be fetched, then Lisa would probably have gone to her regular chip shop and saved herself the long trudge to the new mall. Never mind, she told herself, she could probably help herself to some of the fish while it was cooking. As long as she served it in chunks instead of whole, she figured that her brother wouldn’t know.

‘What are you waiting for? Christmas?’ Lisa started, grabbed the envelope and ran from her room.

‘I am not yellow!’ she muttered defiantly under her breath as she left. It was true, although she clearly did not share the same parentage as her brother, a stranger would not have guessed at her mixed heritage. With time, the slant to her eyes had become less noticeable and it was clear even at the age of eight that she was going to grow into very beautiful girl. However, all that Lisa could see when she gazed in the mirror was what her brother had taught her to see, the hallmarks of what she thought of as her dirty blood.

Being early still, when Lisa reached the chip shop, it was nearly empty. There was only one other customer there and while he was being served, she stood back and studied the contents of the glass cabinet with its crisp golden fish and crusty pies. The heady scent of vinegar and chips, made her mouth water, suddenly, she felt very hungry. The back wall bore framed prize certificates declaring Mr E. Descartes to be a true master of his more legitimate trade.

‘Now what can I do for you, little lady?’

The rich, warm voice startled her and she looked up into a round, friendly face with merry, twinkling eyes and pink, jolly cheeks. She recognised him vaguely, having seen him recently near the school gates at home time, walking his puppy.

Please click HERE to find The Colour of Skin on Amazon.