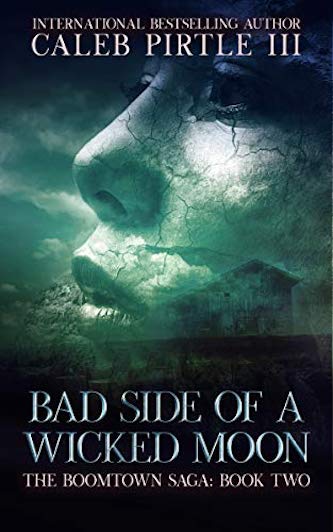 With the charming con man Doc Bannister at her side, Eudora risks everything to bring law and justice to a struggling boom town.

A GENTLE WIND ruffled her long white silk and satin nightgown as Eudora Durant watched the hearse rise up out of the fog. It was that mystical hour when threads of daylight were trying to weave their way in and out of the darkness, and mist above the river lay upon the water like ashes in a fire that had burned too long. The sun had not yet awakened, and the frogs still owned the shoreline. Eudora found herself humming “Swing Low, Sweet Chariot” by the time the hearse rounded the bend and headed toward the distant lights of Ashland.

Was the hearse coming to take someone away or bringing someone home? It was, she thought, a mighty fine motorcar for the grim reaper to be driving. Not too long ago, he would have been hauling the remains away in a second-hand wheelbarrow. Oil made ladies and gentlemen out of the most worthless scalawags on earth. Eudora should know. She had been one of them.

Oil had indeed changed the complexion of the landscape. It may have stained the land black, but oil had washed away more transgressions than a Sunday afternoon baptizing down at the New River of Life Baptist Church. It was easy to tell the difference between the haves and have-nots of Ashland. The rich, what few of them there were, had oil flowing deep beneath their farms. The poor were still sucking on persimmon seeds and chopping weeds out of destitute cotton fields. The cotton stalks looked a lot like the weeds. Those farmers had drilled, too. But mostly they found dirt at the bottom of a dry hole.

God had cursed them, they said. God had poured his oil under somebody else’s farm.

No, Doc Bannister had told them. You boys just bought the wrong patch of dirt.

The early morning silence was broken only by the banging of metal against metal as pipe from the pump jack in the backyard kept pounding the deep earth, lifting crude to the top of the ground and dumping it into a storage tank. The constant grinding and clanging no longer made it difficult for Eudora to sleep at night. She had criticized the ominous and calamitous noise that disturbed her night and day until she cashed her first check from the Midwestern Oil and Natural Gas company. Now the clanging and grinding, the hammering and pounding that had hammered against the back of her skull and seared her senses sounded more like the overture of an Irish lullaby.

Eudora walked back inside the farmhouse, searching through the darkness, her fingers rummaging around inside

Doc’s trouser pockets for the keys to his Ford Model A Runabout.

She stumbled against the bedpost.

She quietly made her way through the darkness and into the kitchen. She leaned against the table for a moment, waiting for cobwebs, leftovers from a deep sleep, to melt away in the early chill. She ruffled her hair with her fingertips and walked on bare feet toward the door. Her elbow upended the coffee pot. It tumbled off the counter and bounced on the floor.

The dead are probably awake by now.

It must be judgment day.

The voice dripped with sleep.

It belonged to Doc.

“Somebody’s dead.” Eudora traded her silk and satin nightgown for a long, bird’s egg blue dress, slipped on her black T-strap Oxford shoes, and started for the door.

“Did he stop outside?”

“Then don’t worry about it.” Doc yawned. “It’s not coming for us. The big spinner spun for some sinner’s soul, and then spun down another street.”

“There’s a heavy and a grieving heart out there this morning.” Eudora’s voice had a soft edge. “Nobody should be left alone at a time like this.”

Doc sat on the edge of the bed, rubbing his eyes. His dark, thick hair looked as if rats had been nesting in the crown of his head for the most of the night. An undershirt sagged across his shoulders. It was stained as though he had used it to wipe the grease off a drilling pipe. He had.

“We’ll go to the funeral,” he said. “Funerals are held at a decent hour.”

“Aren’t you curious?” Eudora paused in the doorway and glanced back at him as the first ragged rays of daylight reflected off her green eyes and danced atop her auburn hair.

“I was up past midnight.” Doc groaned as he stretched the muscles in his back.” I haven’t been asleep long.”

“It may be someone we know.”

Doc’s head slumped back down on the pillow. “If the hearse comes looking for me,” he said, “don’t tell it where I am.”