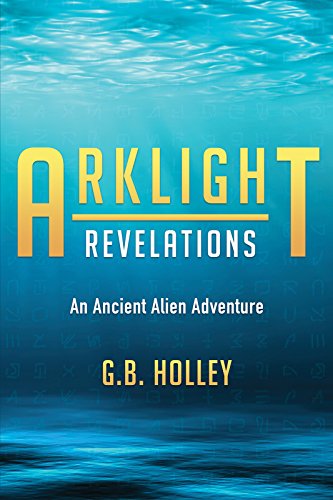 Tegan and her friends must decipher the meaning of the symbols before it’s too late. The fate of humanity is at stake.

Does an ancient marker found in the Bahamas hold the key to the survival of humankind? The last thing Dr. Tegan Strong ever imagined was having to run for her life.

As a gifted virologist, she thought she’d be enjoying recognition for her incredible medical breakthrough. Instead, the leader of a clandestine government agency wants her dead and she has to disappear.

Tegan assumes a new identity and finds sanctuary aboard a charter sailing yacht. Just when it looks like she’s escaped her past and can enjoy life again, she makes an amazing discovery off of Great Guana Cay.

Thirty feet below the surface and covered with strange symbols lies a marker of unknown origin. The artifact isn’t kept secret for long. Before Tegan and her friends can unravel the mystery, she is once again forced to hide. This time it’s not only the covert agency hunting her.

The President of the United States also wants control of the marker, and his interest in it is far more sinister than anyone would ever believe.

Tegan and her friends must decipher the meaning of the symbols before it’s too late.

The fate of humanity is at stake.

President Thomas Baines Collingsworth—TC to his family and closest friends— and the new First Lady, Sandra Collingsworth, had just finished their first dinner in the private dining room of the White House. TC savored the ambiance of the room. The ornate mahogany chairs matched the century-old, polished table that President Teddy Roosevelt had sat at when he was in office. The finest of all things surrounded him.

“This is very strange-looking,” Sandra said, having just walked back into the dining room. She rolled a metallic black orb from hand to hand. “I’ve never seen anything like it before. What do all these symbols mean?” She held the orb in front of him.

TC tensed. He should have felt its presence, but he hadn’t. His primal, instinctive response triggered the device. The orb pulsed in Sandra’s hand, and suddenly a bright golden beam of light shot from it like a laser, striking him in the center of his forehead.

Sandra screamed and dropped the orb. It remained floating in front of TC, defying gravity. The light illuminated his face until he snatched the orb out of the air. Immediately, the intense golden beam ceased to exist. TC placed his coffee cup on the table and took a deep breath.

“Oh, my God! Are you all right?” Sandra asked as she gently ran her hands over his forehead, looking for any sign of a burn mark. There wasn’t one.

He could still feel the heat and power emanating from the orb he held concealed in his hand.

“What is that thing? I am so sorry. I didn’t know it would do that.”

TC held the orb in front of him, then released it. The orb floated above the table, once again defying gravity, as if to emphasize the power it possessed. He hoped this small demonstration would help Sandra believe what he was about to tell her. She gaped at the floating orb.

He took a sip of coffee. “As a species, we have proven to be genetically challenging for enhancement by a species known as the Antediluvians—the Ancient Ones. The Antediluvians have pushed us to achieve a higher level of intellectual prowess, waiting until we were ready for assimilation. Now we are ready to take the next leap. There will be peace and exploration of new technologies beyond our wildest imagination. Understand that what we do in the coming years will alter the direction of humanity and make it more . . . human.”