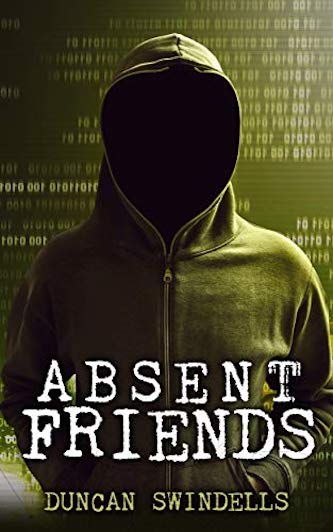 A high-paced thriller laced with espionage and intrigue, a reminder that the past is never really dead.

When all your friends have gone, who can you really trust?

Istanbul on the eve of the millennium and a pair of British spies are sent to rendezvous with the most valuable asset out of the East since the Second World War. But when a dismembered corpse washes up on the banks of the Bosphorus and one of Britain’s finest young agents defects, heads must roll.

Twenty years on and with the events of that night long forgotten, Scott Hunter is suddenly ordered to Hong Kong to find an American journalist and track down a traitor believed by many to be dead. All he knows; that Landslide is the key to everything.

Absent Friends is the sequel to Birth of a Spy and the second book in the Scott Hunter Series.

For a man of his rank and position, Sir John Alperton had proved remarkably easy for Sandy Harper to track down. His secretary had made half a dozen well-judged phone calls to a selection of august shirt shops and tailors across town. Whilst none were keen to discuss their clientele, especially customers as respected and revered as Sir John, they were delighted for the opportunity to badmouth the competition. Each shop understood the Knight’s standing in the security world, but whilst he might have dealt with matters of national and international influence and consistently dined at the top table, some things in life, a £15,000 suit made from pashmina wool imported especially from Nepal for instance, were simply more important.

One particularly indiscreet purveyor of fine Egyptian cotton had caught wind from a man who knew a man that a neighbouring tailors had recently taken delivery of a bolt of Merino grey wide chalk-stripe, and with the talk on Jermyn Street that Sir John was in the market for a new suit, it wasn’t a huge stretch to track him down. When Sandy’s secretary had placed a speculative phone call the tailors had been so cagey as to instantly incriminate themselves giving Sandy plenty of time to straighten his tie, throw on an old Herringbone and catch a cab across the river. Ten minutes later he was standing at the door of Pettigrews of London, Gentlemans’ Outfitters since 1752. There followed a short yet animated conversation with the shop’s owner and then he was addressing a beleaguered John Alperton as a crouching Wilfred Pettigrew fussed and agonized over an unusually contrary inseam.

‘Jesus, Sandy this better be good. Isn’t there a horse race somewhere you should be at? What about Bridget, can’t she deal with whatever it is?’

‘Well spit it out then.’

Harper looked down at the man at Sir John’s feet who was devotedly pinning a capricious hem.

‘Wilfred should probably have a higher security clearance than you, Sandy so come on, what is it?’

‘I bumped into an old friend of mine from Five yesterday. Name of Frank Cassatto mean anything to you?’

‘He’s an American. Hack working in Hong Kong. Friend of mine ran into him over here. Drunk as a lord and terribly talkative.’

‘I’m sorry Sandy, what has any of this to do with me? If you’re going to come and harangue me every time a friend of yours meets a drunk journalist, well, I don’t know, I shall have to find a new tailors.’

A pained Mr Pettigrew looked up from pinning a wayward trouser leg.

‘Of course I would never do that, there’s a good chap. Look Sandy, you’ve upset Wilfred. Go on, what did your drunk American have to say?’

‘He was asking a lot of questions.’

‘I thought you said he was a journalist? That’s what the blighters do isn’t it?’

Sir John stiffened and looked long and hard at himself in the shop’s mirrors. ‘Pettigrew, give us a moment would you, there’s a good chap?’

‘Is everything alright, Sir John?’

‘Quite alright thank you. Sandy here is just bleating on about a long dead friend, nothing to concern you. I just need a quiet moment that’s all. If you wouldn’t mind?’

‘Naturally, Sir John,’ Mr Pettigrew smiled obsequiously then made for the door, pausing as he passed Sandy Harper. ‘I could probably measure you up for something a little smarter, sir, once I’ve finished with Sir John of course?’

But before Sandy could answer, Pettigrew had turned and vanished leaving the two men to talk in private.

‘What does he know, your Yank?’

‘Not as much as he thinks he does. Just doing a spot of fishing. Nothing concrete.’

‘But he’s been talking to someone?’

John Alperton would tell Mr Pettigrew he didn’t want the suit now. He’d pay for the man’s time, that would be expensive enough, but quite suddenly Sir John Alperton never wanted to see that suit ever again.

‘No, but it makes a lot of sense you’d have to agree?’

Alperton had never put much stock in agreeing with Sandy Harper, but he was forced to concede there was a certain logic to what he was suggesting, and he reluctantly supposed, there had to be a first time for everything.