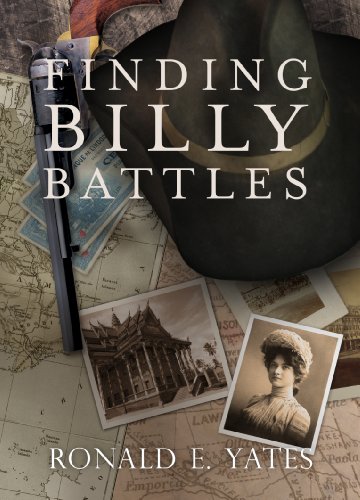 A fascinating exploration of a colorful past filled with nuggets of truth, wisdom, and mystery.

Ronald E. Yates is a multi-award-winning author of historical fiction and action/adventure novels, including the popular and award-winning Finding Billy Battles trilogy. His extraordinarily accurate books have captivated fans from around the world who applaud his ability to blend fact and fiction.

Before turning to fiction, Ron was an award-winning foreign correspondent for the Chicago Tribune and Professor Emeritus of Journalism at the University of Illinois where he was also the Dean of the College of Media.

Ron has been a presenting author at the Kansas Book Festival, the Los Angeles Times Festival of Books, and the San Diego Book Festival, among other venues. He is also the author of The Kikkoman Chronicles: A Global Company with A Japanese Soul, published by McGraw-Hill.

Before leaving the world of professional journalism where he toiled 25 years, Ron lived and worked in Japan, Southeast Asia, and both Central and South America where he covered several history-making events including the fall of South Vietnam and Cambodia; the Tiananmen Square massacre in Beijing; and wars and revolutions in Afghanistan, the Philippines, Nicaragua, El Salvador, and Guatemala, among other places.

He is a proud graduate of the William Allen White School of Journalism at the University of Kansas. He served with the U.S. Army Security Agency as a SIGINT analyst.

He writes a blog entitled “ForeignCorrespondent” that can be found at http://ronaldyatesbooks.com/category/foreign-correspondent

The great-grandfather’s name is Billy Battles–a man often trapped and overwhelmed by circumstances beyond his control.

For much of his 100-year-long life, Billy is a man missing and largely unknown to his descendants. His great-grandson is about to change that.

As he works his way through the aging journals and the other possessions he finds in the battered trunks he uncovers the truth about his mysterious great-grandfather–a man whose deeds and misdeeds propelled him on an extraordinary and perilous journey from the untamed American West to the inscrutable Far East, Latin America, and Europe.

As he flips through the pages of the handwritten journals he learns of Billy’s surprising connections to the Spanish-American War, French Indochina, and revolutions in Mexico and other Latin American countries.

But most of all he learns that in finding Billy Battles he has also found a long lost and astonishing link to the past. 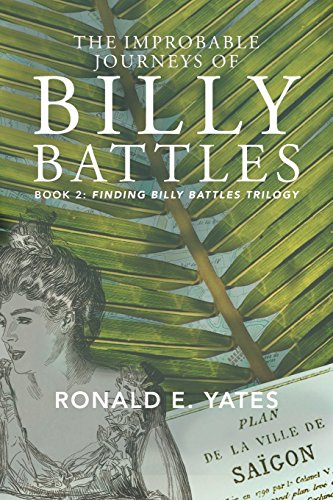 The Improbable Journeys of Billy Battles

Billy Battles is definitely not in Kansas anymore.

As Book 2 of the Finding Billy Battles trilogy opens, Billy is far from his Kansas roots and his improbable journeys are just starting.

The year is 1894 and Billy is aboard the S S China sailing to the inscrutable Far East. Trouble is not far behind. He has met a mysterious and possibly dangerous German Baroness. He has locked horns with malevolent agents of the German government and battled ferocious Chinese and Malay pirates in the South China Sea.

Later, he is embroiled in the bloody anti-French insurgency in Indochina–which quite possibly makes him the first American combatant in a country that eventually will become Vietnam. Then, in the Philippines, he is thrust into the Spanish-American War and the brutal anti-American insurgency that follows. But Billy’s troubles are only beginning.

As the 19th century ends and the 20th century begins, he finds himself entangled with political opportunists, spies, revolutionaries, and an assortment of vindictive and dubious characters of both sexes. How will Billy handle those people and the challenges they present? The answers are just ahead 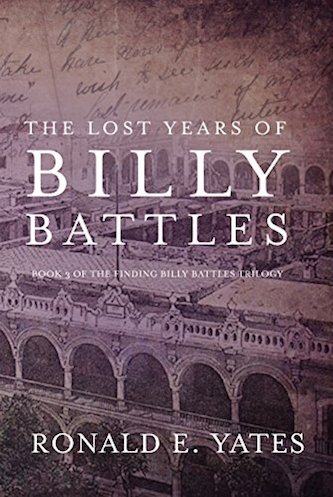 The Lost Years of Billy Battles

Where in the world is Billy Battles?

As Book Three of the Finding Billy Battles trilogy begins we know where Billy is. He is in Chicago with his wife, the former Baroness Katharina von Schreiber living a sedate and comfortable life after years of adventure and tragedy. That changes with a single telephone call that yanks Billy and Katharina back into a life of havoc and peril.

Persuaded by a powerful old friend to go undercover for the U.S. government the two find themselves in Mexico during the height of the violent 1910-1920 revolution. There they encounter assorted German spies, Mexican revolutionaries, devious political operatives, and other malefactors. Caught in the middle of the 1914 American invasion of Veracruz, they must find a way out while keeping their real identities secret.

Later on, disaster strikes. It is a tragedy Billy is all too familiar with and one that will send him plummeting into a chasm of despair and agony. Then, Billy vanishes leaving family and friends to wonder what happened to him.

Where is he? Is he dead or alive? What provoked his disappearance? In Book 3 of the Finding Billy Battles Trilogy, those questions are answered, and the mystery behind Billy’s disappearance is ultimately revealed.