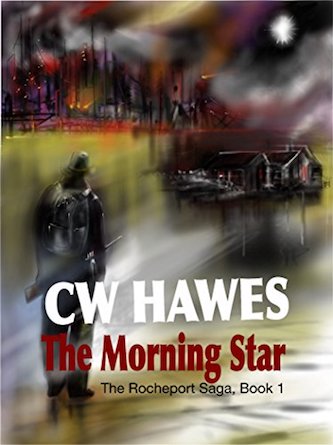 Set in post-apocalyptic America, the series is story of hope and a picture of what we can achieve against impossible odds.

CW Hawes is an award-winning poet and novelist.

The Morning Star is the initial book in CW Hawes’s The Rocheport Saga. If you like post-apocalyptic classics such as Earth Abides, The Day of the Triffids, Death of Grass, and Terry Nation’s Survivors, you’ll enjoy this series that is thoughtful and captivating. 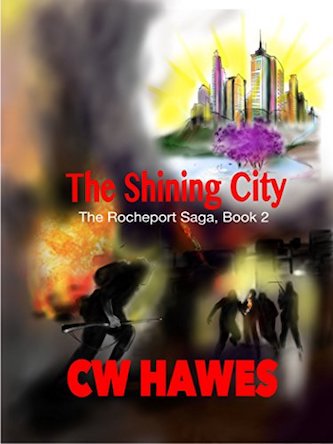 Billions have died. The survivors in Rocheport are at war. Can Bill Arthur achieve peace before another city dies?

Rev. Jed Powers wants it all and is willing to go to war to win Rocheport for himself.

Bill Arthur, former bureaucrat, one-time scholar, and student of survival, must fight a war he doesn’t want or leave the city he started.

But Bill and his people are outnumbered. Does he even stand a chance? Will ingenuity win the day against Powers and his ally?

If you like exciting and thought-provoking post-apocalyptic action/adventure, that tosses out the fantasy and body counts for real life, then you’ll enjoy The Shining City. 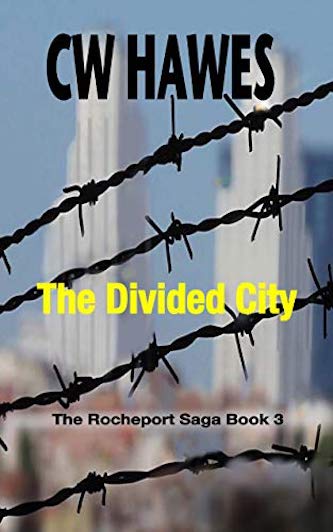 Nearly everyone has died. For Bill Arthur and a handful of survivors, the question is — now what?

A closet prepper and armchair philosopher, Bill is best prepared to lead the community at Rocheport.

But the Rev Jedediah Powers thinks otherwise, and when he gains a powerful new ally things begin to look very dim for Bill Arthur’s survival and that of Rocheport’s.

If you want to know what survival is really like, get in on this series today. It just may save your life. 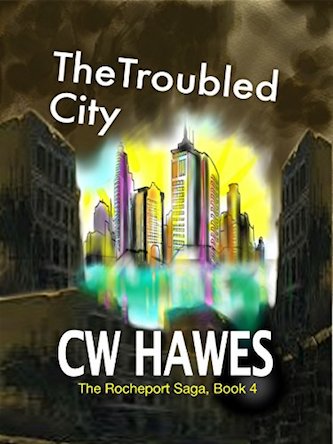 Which is worse? Man vs Man? Or Man vs Nature?

Three years after the catastrophe that almost eliminated the human race, the little town of Rocheport struggles to survive. Enemies without and dissension within tax Bill Arthur’s ability to govern the community and bring about the long march back to the 21st century.

And Rocheport is not alone. Other communities are attempting to create their version of utopia and some of those versions look more like hell than heaven.

As opposition to his dream grows from within the community, Bill finds help from a most unlikely person — an eighteen-year-old girl, who also wants to be the leader of Rocheport.

The question in Bill’s mind is whose side is she really on?

The Troubled City continues the saga of Bill Arthur, armchair philosopher, former bureaucrat, and survivalist, as he tries to pull together disparate groups to form a community that will endure and bring back civilization. 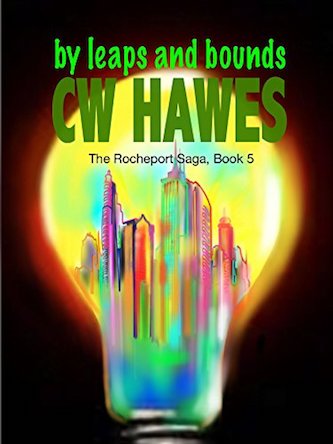 By Leaps and Bounds

The world is slowly rebuilding. Bill Arthur is determined to create a society that’s better than the one that died — a society based on liberty and respect for the individual. Not everyone, however, shares Bill’s vision.

Roving gangs wander the countryside raping and pillaging the weak. The remnants of state and federal authority strive to impose martial law on all survivors they meet. In the midst of this sea of violence and despotism, the little town of Rocheport is an island of freedom and enlightenment.

But Rocheport’s position is precarious and the last thing Bill needs is the obstructionism still being waged by those who want to see the city take a different path.

Facing the pressures from those around him and his own growing desire to step away from the responsibilities of leadership, will Bill let Rocheport fall like so many others?

Or will he see his dream take off by leaps and bounds? 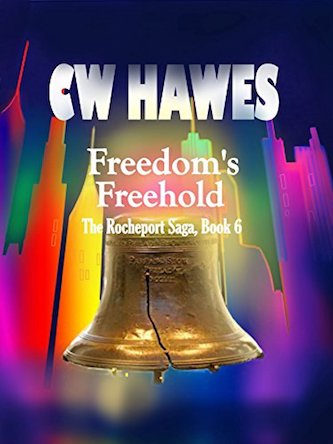 Bill Arthur has a price on his head.

The armchair libertarian philosopher and former bureaucrat turned survivor and leader of the town of Rocheport is in big trouble. Unfortunately, his sense of justice won’t let him get rid of the suspects. Bill Arthur must play and fight fair, even if others won’t.

And if that isn’t enough, Bill must face turmoil in his own family and a threat to his love for Sally, the love of his life.

There are no zombies here. Just the very real and everyday threats the living must face. Along with the hope for a better future. 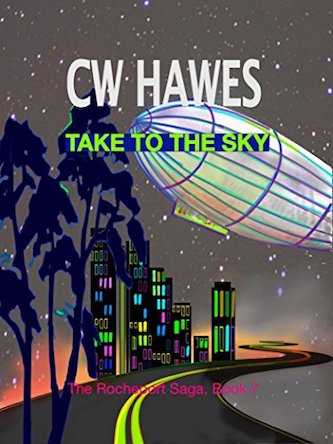 Take to the Sky

Rocheport, that little town on the Missouri River in post-apocalyptic America, has crushed another enemy.

And now Bill Arthur, the small community’s leader, feels confident to pursue his twin dreams of a libertarian utopia and a trade network joining all cities together.

Yet even as Bill’s giant zeppelin takes to the sky, laden with cargo, his enemies are plotting to overthrow his utopia. His chief rival being his own daughter, Zibby.

Take to the Sky is the seventh book in The Rocheport Saga, a future history of post-apocalyptic America which begins with The Morning Star. It is a story of hope and a picture of what we can achieve against impossible odds.