During his film and television career, Robert J. Emery has written, produced, and directed feature motion pictures and television documentaries and well as national television commercials and industrial films. He created and produced the award-winning ninety-one episode television series The Directors, the most extensive examination of film directors and the behind-the-scenes making of feature films.

His award-winning four-part mini-series, The Genocide Factor, played to rave reviews on PBS stations across the country, and his 2007 MSNBC documentary For God & Country: A Marine Sniper’s Story was honored with both the National Headliner Award and the Cine Special Jury Award.

Mr. Emery’s 2017 novel, The Autopsy of Planet Earth, was awarded the 2017 Author’s Circle Novel of Excellence for Fiction, the 2018 Readers’ Favorite Award for Best Fiction, and the 2018 Book Talk Radio Book of the Year. His current novel, Midnight Black – The Purge was published in January of 2019. He is current at work on his next novel, The White Prize.

Why did I revise and update the original publication of MIDNIGHT BLACK? The original novel was written prior to the political admosphere of 2016-2020, the Black Live Matter Moverment, and the wordwide COVID pandemic.

Since the story is based on a society 44 years into the future – a society paying dearly for the mistakes of past societies – I was compelled to revise and expand the book to include this important period in our history. I am pleased that I did, and even more pleased at the positive reception to the expanded version.

It took me nearly two years to complete the new version, which was published on April 14th, 2021. I did not change the basic story nor any of the characters, but only added the period between 2020 and early 2021 as well as  fleshing out expanding some other areas, including the main characters motivation and challenges as he makes his way back into society after spending 17 years in prison for committing a crime of passion.

Billy Russell’s career as a narcotics officer abruptly ends when he cold-bloodedly executes the man who committed a heinous crime against him. Sentenced to 20 years hard labor in total isolation from the outside world, he’s suddenly, and without explanation, released on parole five years early.

Returning to society, he learns that an isolated nuclear attack spread primal fear of a nuclear holocaust, allowing autocratic billionaires to seize control of the world. But their faulty economic policies have caused rampant poverty, crime, disease, and drug addiction.

As a condition of his parole, Billy is assigned to a government drug enforcement unit in Boston but soon makes a gruesome discovery of the unit’s true mission. Approached by a secret underground dissident group planning to overthrow the authoritarian world government, Billy joins them to end the demonic reign of tyranny, only to discover the shocking details of what is really taking place. 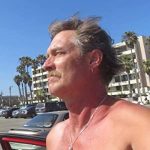 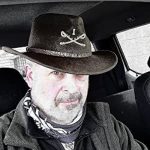 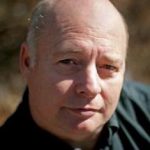 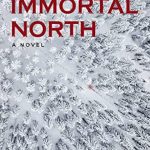