Ritter Ames: One of the Top 50 Indie Writers You Need To Be Reading 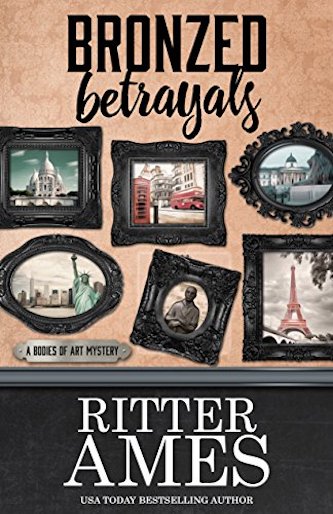 She focuses most of her time and writing energies on globe-trotting the world via her keyboard to create memorable characters and fascinating fiction novels for readers.

Ritter tries to blog regularly at http://ritterames.com/ and subscribe there to get the latest news about upcoming releases and inside scoops on her characters and series. Or subscribe to her newsletter at http://smarturl.it/NewsltrSubcribe to get news sent directly to your inbox six times a year.

She uses her Pinterest boards at http://www.pinterest.com/ritterames/ to capture great places and ideas she wants to use in both series.

A masterpiece swapped for a forgery, a murder victim left behind, and a relentless game of hide and seek keeps Laurel Beacham and Jack Hawkes on the run. They are racing to find answers despite roadblocks at every turn.

The chase crisscrosses the Atlantic as they pursue threads to murders and thefts that extend from the current day and back several decades.

A startling forgery points toward an unexpected new nemesis, and the team pursues a Paris forger for additional clues.

When evidence starts falling into place, Laurel must use her connections and engage an unconventional resource to help bring an arrogant murderer to justice for crimes both contemporary and long past.

Crimes that tie both personally and professionally to the Beacham name.

While the ruthless criminal’s acts include art history ties, the threat to Laurel is a clear and present danger. It will take every trick and technique she and Jack can conjure to gain the evidence necessary to nab their enemy and start pulling down his empire—before he takes them down instead. 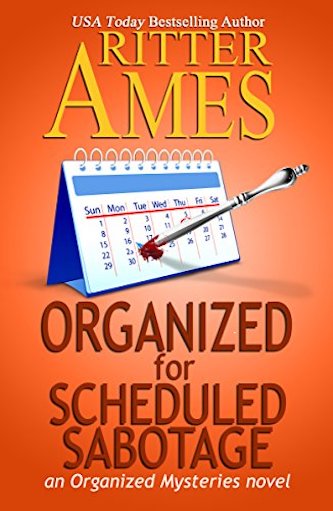 When Kate McKenzie and Meg Berman are hired to help organize location opportunities for a photo shoot featuring a bestselling calendar author, they can’t wait to start. Even better, they learn the royalties from the annual calendars help fund an animal rescue program in their state of Vermont.

Though once sabotage turns to murder and the police start looking for suspects, Kate and Meg find their lives suddenly upended by chaos and their own reputations at risk—along with their client’s.

Now, it’s not enough to fulfill the terms of their contract, they must also find a way to save their client and her rescue program, too. All while making sure their next work outfits aren’t matching orange jumpsuits. 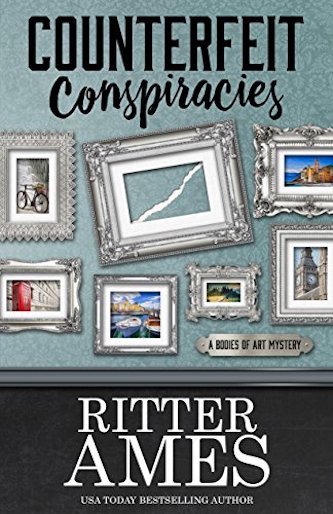 Laurel Beacham may have been born with a silver spoon in her mouth, but she has long since lost it digging herself out of trouble. Her father gambled and womanized his way through the family fortune before skiing off an Alp, leaving her with more tarnish than trust fund.

Quick wits and connections have gained her a reputation as one of the world’s premier art recovery experts. The police may catch the thief, but she reclaims the missing masterpieces.

The latest assignment, however, may be her undoing. Using every ounce of luck and larceny she possesses, Laurel must locate a priceless art icon and rescue a co-worker (and ex-lover) from a master criminal, all the while matching wits with a charming new nemesis. Unfortunately, he seems to know where the bodies are buried—and she prefers hers isn’t next. 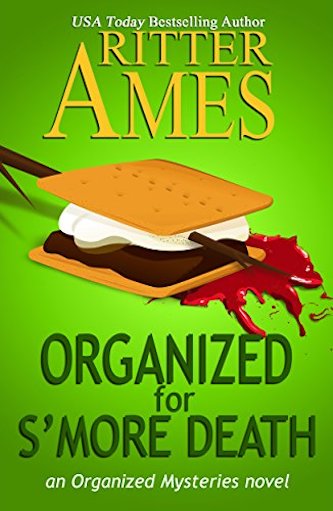 A family outing in a national forest seemed like the best kind of R&R to Kate & Meg. Until an afternoon scavenger hunt in the woods ends the day with a dead body–and the natural beauty around them takes a decidedly sinister twist. Worse, after interviewing witnesses, the police suspect one of them could be the prime suspect–or the next victim.

They not only must get off police radar–but at the same time stay out of the killer’s crosshairs and keep their families safe. 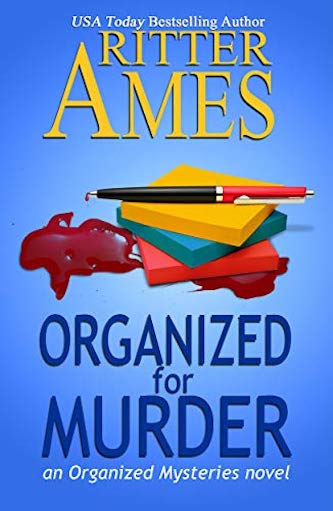 Organization expert Kate McKenzie is on track to make her new business, STACKED IN YOUR FAVOR, a hit in small-town Vermont. But when her first client is found dead, the job takes a decidedly sinister turn.

Kate thought she and her family were making a fresh start in her husband’s hometown, but she quickly learns that small towns can hold big secrets. When her client is poisoned just after Kate leaves her mansion, she knows she’s gotten off to a bad start.

But things only get worse when the police find Kate’s fingerprints on the murder weapon, suddenly putting her in the position of suspect number one.

The stopwatch is ticking for Kate to prove she had nothing to do with the murder, and the odds are further stacked against her when items stolen from the Nethercutt mansion start showing up in the McKenzie home.

Now, Kate must trust her methodical skills and expert eye to sort out who is trying to frame her and to find the real killer before she’s organized right into a jail cell.