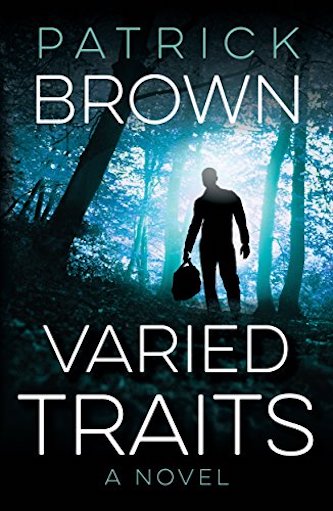 His novels rocket you into a world where you might be afraid to venture outside…or even stay inside where there’s no place to hide.

Inspired to write by authors like Agatha Christie, Stephen King, Michael Connelly, Jonathan Kellerman, and others, Brown began penning his first novel, Varied Traits, in the summer of 2014. The sequel, Heavy Hour, was launched in September 2015, and Spare Change, the third book in the Salem Reid Series, was published in the fall of the following year.

In 2017, Brown stepped away from the suspense/thriller genre to publish a work of literary fiction. The Gravel Road is a novel set in the early 1980s depicting a friendship between a teenager and a middle-aged man.

Growing up in Atlanta, Brown attended Chamblee High School and Georgia State University, majoring in Chemistry. An avid baseball and football fan, Patrick’s love of sports is sprinkled throughout much of his writing.

He currently lives in Northeast Atlanta with his wife and two teenage children, where he spends his time reading, writing, and practicing martial arts.

To learn more about Patrick Brown and his novels, please visit his website: www.patrickbrownnovels.com

After breaking up with his girlfriend and losing his father, Salem Reid leaves college after his freshman year at Georgia Southern and joins the Army.

He does two tours of duty in Iraq and then stays in the troubled region to provide security to corporate figures and dignitaries involved in the rebuilding. He returns to his hometown of Atlanta after a decade, a decorated and seasoned war veteran.

All is quiet for a while as he starts his security/limo service in Buckhead. But an old high school buddy seeks his help after a depraved night out on the town, and Reid is suddenly thrust into the world of drugs, sex, deceit, and murder.

Varied Traits takes us on a whirlwind tour of the streets of North Atlanta, as Salem Reid hunts down those who seek to harm his friends from both the past and the present.

It is a tale that pits good against evil, right against wrong, and introduces characters who grapple with the blurred lines between sex and love. 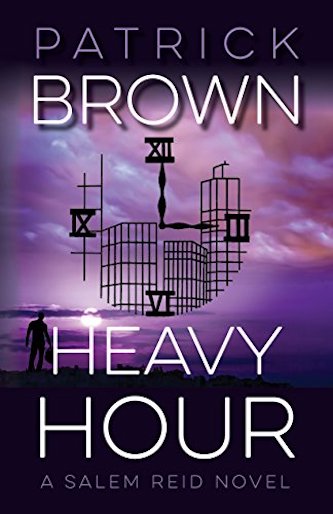 When the police come up empty in the search for a vicious killer, Salem Reid is summoned to investigate by a stripper whom he has recently saved from a murderous group of thugs. Reid can’t say no to a friend in need, so he puts his business on hold while he plunges into the case.

As Reid looks into the victim’s past, the motivation for the brutal murder and the identity of the predator are slowly revealed. But the killer remains elusive.

As the story unfolds, a cast of characters emerges—from a beautiful young widow to a bevy of streetwalkers, from young professionals to a mentally challenged boy—all who assist Salem Reid in his search for the killer.

HEAVY HOUR leads us on a journey into an urban underworld of prostitution, pornography, and sexual deviance that author Patrick Brown describes in graphic detail. Following up from the prequel, VARIED TRAITS, we are rocketed into a world where we might be afraid to venture outside…or stay in, as the case may be. 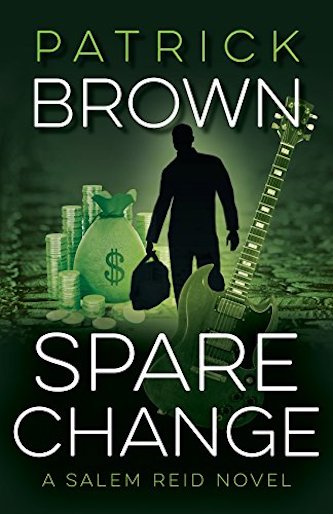 Ex-rocker Hayden Jaimes is finally finding peace. After years of alcohol and drug abuse, he’s managed to simplify his life. He remains close to his former wife and dotes on his daughter. But as the child ages, the relationship with the teenage girl deteriorates.

The harder he tries, the worse it gets. When she hooks up with an unsuitable young man, Jaimes bites his tongue and tries his best to be supportive…until she ends up missing.

The police are called in but they come up empty. When Jaimes has a chance encounter with Salem Reid, whom he had coached decades ago in youth baseball, Reid offers his help. Salem Reid’s investigation takes us into a tangled underworld of predators and an unimaginable sexual deviant.

As Jaimes and Reid pair to hunt for the missing girl, we are reminded of how a father’s love has no bounds and what lengths he’ll travel to protect her.

Spare Change is the third book in the Salem Reid trilogy. Patrick Brown’s other works include Varied Traits and Heavy Hour.