Patricia Paris: One of the Top Ten Writers of Contemporary Romance You Need To Be Reading 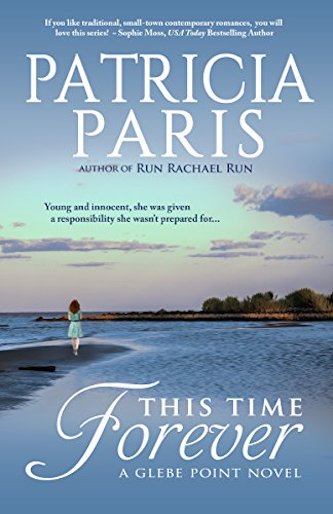 She is an unapologetic romantic, and loves to give her readers that happily ever after, every time.

Patricia Paris lives in the Chesapeake Bay region of Maryland with her husband John, Shiloh the cat, and James Brown, aka JB, the baddest dog in town.

She is a true romantic at heart who believes everyone deserves a happy ending, which she strives to deliver to her readers without fail..

When not writing, she spends much of her free time exploring the bay, battling the weeds that insist on invading her gardens, or experimenting with a new recipe in her kitchen.

Learn more about Patricia and her books on her author website: http://www.authorpatriciaparis.com.

Will the Masks of Deception steal their Chance for True Love? 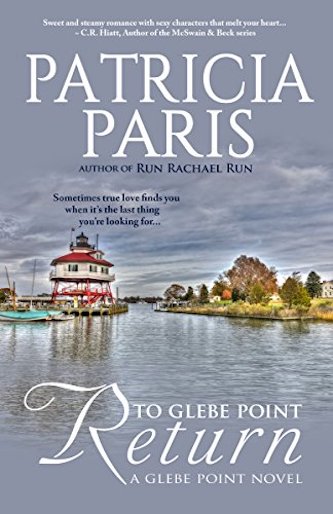 After leaving Glebe Point, Maryland over five years ago, Charlene Morrison has returned to the sleepy town she grew up in on Maryland’s Chesapeake Bay, the one place she hopes she can start over, rebuild her shattered life, and escape the abusive relationship that almost destroyed her.

Surrounded by a loving family, and the refuge of Glebe Point’s small town comfort, Charlie opens a gourmet cupcake shop and begins to take charge of her life again. She has a plan, and after her last relationship there’s no room in it for a man. But she didn’t plan on Cooper Barone, the sexy real estate agent who owns the business next to her shop and makes her question her self-imposed celibacy.

Cooper knew the first time he met Charlene she had baggage—secrets. Despite his attraction to the whiskey-eyed beauty, he thinks getting involved with her would be a mistake. Unfortunately, every time he sees her, he does something stupid—like kiss her—and sampling those honeyed lips only makes him want her more.

As Charlie and Cooper begin to grow close, Charlie believes she’s turned a corner and happiness may be within her grasp. But just when everything seems to be working in her favor, the past rears its ugly head and she must dig deep within herself for the strength to confront it head-on, or lose everything she loves most. 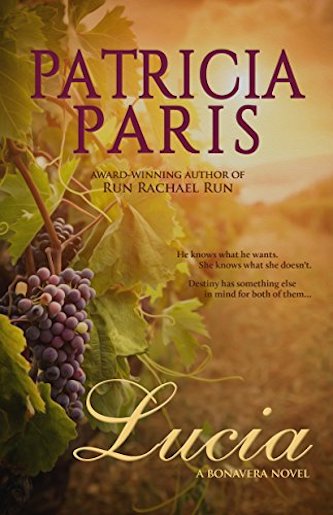 Antonio DeLuca knows exactly what he wants in life.

Destiny has something completely different in mind for each of them.

Betrothed at birth but never having met, pragmatic inkeeper, Lucia, and sexy architect, Antonio, consider their grandfathers’ thirty-year-old marriage pact a meaningless relic. Neither had any interest in meeting the other, but when Antonio travels to the States on holiday, his grandfather blackmails him into visiting Lucia at her family’s winery in the Virginia foothills. When he does, their mutual disinterest is replaced by an unexpected, yet undeniable attraction.

When Antonio makes a decision that keeps him in the States indefinitely, Lucia decides she’s tired of always playing things safe, and follows her heart, straight into Antonio’s welcoming arms. But Antonio has a secret, one that impacts Lucia as much as him. A secret that could destroy her trust in him forever. 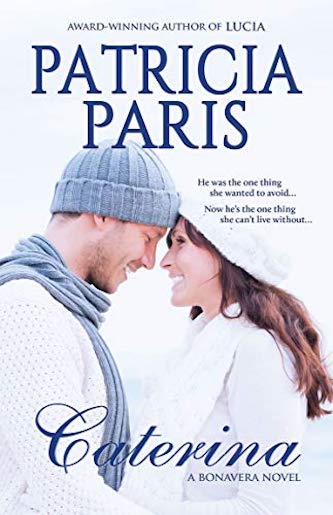 Destiny is impossible to escape…

Caterina Bonavera had a solid plan. To move up the line from sous chef at one of New York City’s top restaurants and then open one of her own. Moving back to Virginia to help her sisters run the family winery had been nowhere on her radar. But neither had landing the head chef’s job at a popular local restaurant upon her return, only to find herself unemployed again after three years; nor getting romantically involved with a man who proved her ability to judge one’s character hadn’t gotten any better than her ability to fly by flapping her arms.

Caterina’s confident she’ll get her life back on track with Serendipity, the boutique hotel and restaurant she and her oldest sister Lucia were opening at the end of the summer, but that’s almost a year away, and meanwhile, she’s forced to deal with Liam Dougherty, the surly contractor building the restaurant of Caterina’s dreams.

Liam gets along fine with everyone else, but it’s clear to Caterina that he’s disliked her since their first meeting, and she has no idea why.

To complicate their already tentative working relationship, Caterina begins to develop an unwanted attraction to Liam. She tries to counter it by avoiding him, but then she discovers something that changes her opinion of him completely, and along with it, her desire for the one thing she wants most in her life.

Will trusting Liam turn out to be another mistake when it comes to the men in her life, or have her prior mistakes been leading her to him all along?