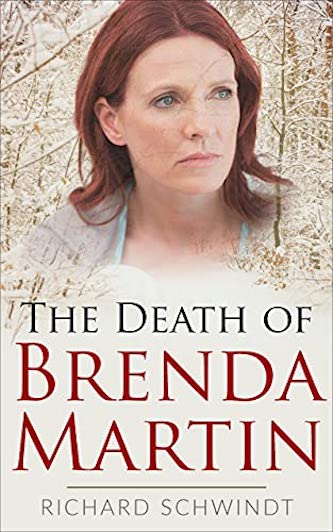 Time travel, ghosts, parallel dimension, love, hate, and of course murder are skillfully woven together in a riveting story with a monster ending.

Something formless and terrible has appeared in the haunted forest of Lemoine Point.

When Brenda Martin is found dead beside a woodland path, Kingston Police are baffled by contradictory evidence.

As eerie winter storms engulf the region, Toronto social worker and sleuth, Chris Allard, is approached by a mysterious woman and asked to solve the case.

During his quest for the truth, Chris will encounter unnatural weather, disturbing brushes with the paranormal, and a life or death encounter with the most frightening nemesis he has yet faced.

The Death of Brenda Martin is a riveting story; an epistolary novel from one of the most innovative authors writing today.

Fans of the Chris Allard mysteries, and lovers of the paranormal will find The Death of Brenda Martin an unforgettable read.

The setting, including time and space, for The Death of Brenda Martin occurred during one of the coldest, most severe winters Canada has yet experienced. Or did it?

Time travel, ghosts, parallel dimension, love, hate, and of course murder are skillfully woven together by Richard Schwindt as his characters relate the story via letters and emails.  Chris Allard, renowned sleuth, is asked to investigate Brenda’s murder. The more he digs, the more he places his life at risk, and the more he becomes involved with the paranormal.

For example, at the beginning of his investigation, Chris contacts Dr. Milton Erickson, the most respected medical hypnotist of the twentieth century. The scene is just one of many shocking events for the reader because Dr. Erickson died in 1980. This scene begs the question: How many of Schwindt’s characters are dead or alive?

The communications between the characters will draw you into the story and make you feel as though you, too, are tramping through a dark, cold winter to discern the difference between good and evil.

I highly recommend The Death of Brenda Martin.

The Death of Brenda Martin, quite frankly, is a puzzle wrapped in an enigma and stuffed inside a mystery.  Richard Schwindt continues to be one of the most original and inventive authors in the marketplace. He understands the fits, fractures, and foibles of the human mind and loves to play games with each reader’s imagination, no matter how many readers he has, and they are legion.

Think you know what’s going on? Guess again. Think you have it figured out? You don’t have a clue. Not yet anyway. Schwindt slowly unravels the plots and subplots in his novels one distinctive layer at a time.

It’s all about Brenda Martin. Who is Brenda Martin? She’s missing. Where is she? What happened to her? Did someone kill her? Why? And is she really dead? Or have we been led astray again by time and space and a glance through a portal into a world we didn’t know existed? Chris Allard investigates the disappearance of Brenda, and we know immediately that he is not quite like any sleuth we have met before. He emails a brilliant medical hypnotist and begins by saying: “Hello. I hope this finds you well, or as well as someone who has been dead since 1980 can be.”

Richard Schwindt doesn’t tell the story. His characters do. Those living. Those dead. Those who talk to the dead. And those who wander in and out of the plot along the way. You definitely need a program to keep up with all of the characters. Fortunately, Richard Schwindt provides one at the front of his book.

He quite cleverly lets his story unfold with a collection of emails and telephone calls and letters from his first page to the last. There are a few face-to-face conversations, some happening now and some happening then and some happening somewhere in the hereafter. You are never outside the story, always inside and allowed to eavesdrop on every paranormal moment taking place.

If you’re with Stacey, for example, she can suddenly take you back in time for a coffee shop meeting in 1979. Why retreat to another time? It’s simple. The coffee was cheaper in 1979. As she says, “Give me a date, a time, and a location, and I will take you there.” You arrive before you know you’ve left.

The Death of Brenda Martin stretches your imagination far beyond its normal boundaries and takes you on a journey where the pace is frantic, the plot is both delightful and disturbing, the story is sometimes hilarious and sometimes horrifying, and it has a monster of an ending. You know something sinister is coming, you don’t know what it is, and you don’t know how to stop it. Hang on. It’s a moment worth waiting for but might keep you awake at night.

Please click HERE to find The Death of Brenda Martin on Amazon.