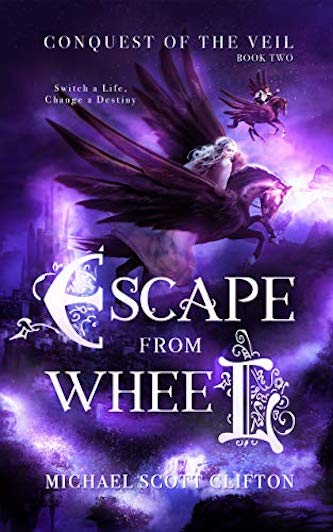 If you like a novel that contains deceit, sorcery, lust for power, and unrequited love, you must read Escape from Wheel.

Alexandria Duvalier’s new life on the magical world of Meredith takes a shattering twist when her father, the Duke of Wheel, pledges her hand in marriage to the cruel lord, Rodric Regret. Desperate to escape his clutches, Alex flees the city with the help of her friend, Tell Tollet, a handsome lieutenant in the city guard. But their freedom is short-lived when Rodric’s brutal brother, Stefan, joins in the pursuit.

Hotheaded Prince Tal, heir to the throne of Meredith, has but one goal: kill the Dark Queen and destroy the Veil, the enchanted barrier which has ensnared generations of his people. He discovers a breach in the magical wall and leads an army through, bent on completing his mission.

When an unusual and potent magic calls to him, he follows its trail back to Alex. Thrown together by circumstances and pursued across the wilderness by the ruthless Lord Stefan, Tal and Alex are drawn to each other by the greatest magic of all—love.

I have not read a fantasy/science fiction book in years but decided to purchase Mike Clifton’s novel, Escape From Wheel. And I am so glad I did.

I had forgotten how a good fantasy tale could charge a reader’s imagination. The story is set in a beautiful magic world in which good versus evil exists.

The adventure begins when young princess Alexandria Duvalier decides she will not marry the despicable Rodric and escapes her home with the young, handsome soldier of the winged cavalry who sacrifices his career to save the woman he loves.

They fly away on winged horses.

Clifton’s description of each scene is artistically written so much so that I could see the same lush countryside along with Alexandria.

If you like a novel that contains deceit, sorcery, lust for power, and unrequited love, you must read Escape from Wheel.

I am fascinated with fantasy because it gives an author a chance to unleash his or her imagination. I particularly enjoyed exploring the depth of Michael Scott Clifton’s imagination in the second novel of his Conquest of the Veil Series: Escape from Wheel.

It continues Alexandria Duvalier’s journey from the known to the unknown, from the commonplace of a boring life into the adventure of a lifetime as she finds the love of a lifetime.

Clifton’s magical writing captured my imagination as I made every precarious step that Alex took as she fled her arranged marriage to the despicable Lord Regret in a daring and desperate escape past an enchanted barrier and on toward her last chance for freedom.

As Clifton writes: Alex took a step and made the mistake of looking down. Far below, the lake glittered like a many-faceted, black jewel. Fear gripped her. She scrabbled back to the safety of the landing. Hands clasped to her breast, Alex’s heart threatened to erupt. I can’t do this. Logic told her the crossing was impossible and would lead to certain death. But Alex couldn’t shake the feeling she had been led here for a reason. She sensed to turn back now would seal her fate.

Can she and Prince Tal discover a way past the barrier?

Their blood rushes to their brains.

Or is it love?

And can they outrun the venom of Lord Regret and the black magic of the Dark Queen?

Can they escape from a place no one has ever been able to leave before?

Escape from Wheel is a nail biter. It’s also a tender love story.

And just when Alex and the Prince find themselves trapped with no hope of escape, Clifton’s imagination kicks in, and the story turns in another direction, one you didn’t anticipate or expect.

The ride is breathtaking, and you’ll be glad you traveled every mile of the journey with them.

Please click HERE to find Escape from Wheel on Amazon. 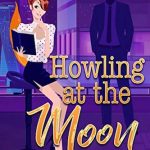 Wednesday Review: Howling at the Moon by Karen MacInerney 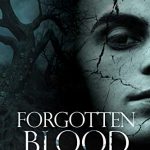