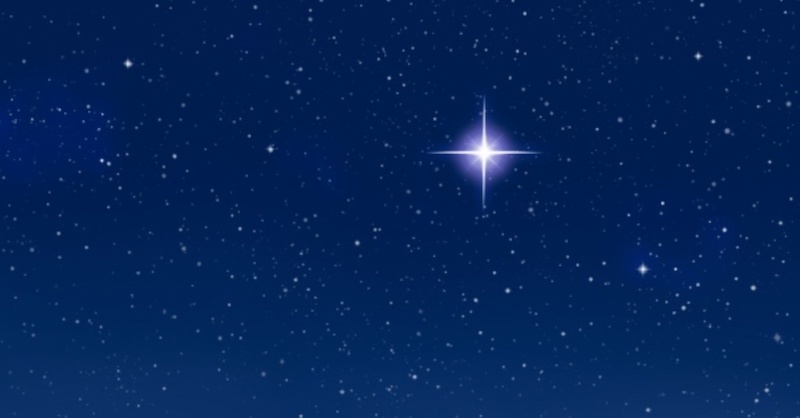 Then a smile broke past the seriousness of her eyes as she gently touched his beard with trembling fingertips. “Are you Santa Claus?” she asked softly.

Alvin Parsons pulled the collar of his tweed coat tighter around his neck and squinted down the narrow roadway as snow and sand danced in the yellow beam of his headlights, puppets in the wind that howled at him and tried to squeeze its way past the rattling windows on his old Ford car.

He rubbed his tired eyes and shifted slightly in the seat to ease the dull ache that jabbed like a hot poker between his shoulder blades, trying hard to forget the sagging mound of dirt he had left behind on the high Texas plains of Dalhart. He would have planted flowers, but the wind would not have honored them, and flowers don’t grow on the high plains of Dalhart when winter comes to numb the ground and kill the seeds and bury all hopes.

Alvin Parsons took the small gold locket from his coat pocket and clasped it tightly in a hand that bore the scars and calluses of too many days in too many West Texas oil fields. It had belonged to her, to the best little girl in the world, and he held it because he could never hold her again, and the locket was all he had left.

Parsons scratched a white beard that had grown much too long and ragged. He looked as old as he felt, and he began aging five years ago when the doctor looked down into the dark, sunken eyes of the little blonde girl and said one word: “Pneumonia.” Four days later he had removed the gold locket for the last time.

A lone tear blemished her cheeks.

Alvin Parsons shivered as he watched the dancing snow outside reach down and wipe away the dirt road from his sight. It was much like Parsons himself, always drifting and being blown from place to place, unsure of where it was going and not interested in staying anywhere for very long. The man behind the steering wheel gently braked the car to a halt as the roadway swung sharply to the right, or maybe it went on straight. Alvin Parsons wasn’t quite sure anymore. He rubbed his eyes again. The cracked windshield was fogged, and the road was gone. His headlights lost it, and the weather wiped it from the plains.

Leaving the old Ford behind him, Parsons trekked out across the new-fallen snow, knee-deep in some places, and followed the strands of a barbed wire fence that stretched on into the darkness, trudging uneasily toward a dim flicker of light that beckoned from just beyond a thicket of mesquite trees. The night was silent but not still, and the tiny flakes of ice and sand stung as they bounced against the chilled face of Alvin Parsons.

The light grew larger, then brighter, a lamp in the window of an old nester’s farmhouse that nestled beneath the whine of a windmill that kept complaining in a rusty voice about the wind. It was as though someone was waiting for him, and Alvin Parsons laughed bitterly at the thought. No one cared about him anymore, not really, not since the best little girl in the world had been taken from him. A frown shadowed his face as he again touched the gold locket. It seemed so thin, so fragile.

Parsons knocked. The door eased open. And he stumbled like an unwanted gust of winter wind into a room where a blazing log fire chewed at the gnarled mesquite logs and fought back the December chill. A farmer in faded overalls stared at him without a word.  His wife looked up from the stove where she slowly stirred a bowl of weak soup, adding water because she had run out of potatoes. Near her, a little girl, maybe six, maybe just small for her age, was carefully winding a strand of popcorn around a scrub cedar tree that sat in the corner.

Her eyes were wide with fear – or was it excitement? – as she watched the snow glisten and melt on Alvin Parsons’ white beard. His face was ruddy, and she thought, for a long moment, that she had seen a twinkle in the old man’s eyes. Her last breath was left hanging in her throat.

“I lost the road in the snow,” Parsons said to the farmer.  “I need someplace to stay till morning if it’s not a bother.”

The farmer nodded. “I got a barn,” he replied. “It ain’t much, but it’ll keep the wind and some of the snow off you.”

“Are you hungry?” the wife asked.

Parsons glanced at the three empty bowls on the table and the pot of weak soup that bubbled on the stove. “No,” he answered, “but thank you.” He hoped that no one heard the low growl in his stomach.

The farmer had been right. The barn wasn’t much but more than he expected or probably deserved. Parsons snuggled down in the hay, cold but dry, and tried to sleep, listening to the wind as it roared angrily outside, unable to reach him and quite upset about it.

Sometime around midnight, he heard a noise echo in the night and opened his eyes as the small girl tiptoed into the barn, carrying her scrub cedar tree with her.  It had been wrapped heavily with strands of popcorn. Wooden spoons – painted red and blue – hung from the slender branches, and a paper star was tied on top. The small girl knelt beside Parsons and stared for a moment in silence. Then a smile broke past the seriousness of her eyes as she gently touched his beard with trembling fingertips.

“Are you Santa Claus?” she asked softly.

Alvin Parsons’ frown turned as dark as the inside of the barn as he suddenly sat up in the hay.

Christmas. He shook his head. He had somehow forgotten about Christmas.  Somehow he always did.

“You didn’t come last year,” the girl whispered. “Mama said you got lost.”

Parsons looked down into the childish innocence of her eyes. Wide. Believing. It was as though he had seen them before.

“I didn’t have a tree then,” the small girl confided. “Mama said you couldn’t find me without a tree.”

“It’s a beautiful tree you have now,” Parsons said, his voice as raspy as sandpaper against barbed wire.

“Mama made the star.”

Parsons pulled the collar of his coat tighter around his throat, although he didn’t feel quite so cold anymore.

“Daddy said you wouldn’t come this year either,” the little girl said.

The old man sighed. He was cold and tired, and his back ached. “Maybe I’m not Santa Claus,” he said.

“It’s Christmas Eve,” the little girl replied, her words coming in short breaths. She was staring hard at his white beard, searching for another twinkle in his eyes. “Who else would you be?”

“What does God bring?”

The smile on Alvin Parsons’ face eased the hurt in his chest. He tucked her scrub cedar tree under his arm and carried the little girl back through the snow to the warmth of her home. When she awoke on Christmas morning, he was gone, but on the lower branch of her scrub oak tree there hung a thin, fragile gold locket with a hand-scribbled note that said, “To the best little girl in the world.”

She ran down the road, but the car had left, and the snow had blotted out the tracks, and maybe it had not been there at all.

Every year she would wait in the barn, but she never saw Santa Claus again. And when she became a young wife, she looked one December morning into the tiny eyes of a baby girl and finally realized what Christmas was all about. The old man had been right. About God. About gifts. But mostly about little girls. She at last removed the gold locket from her neck. The time had come to pass it on to another.