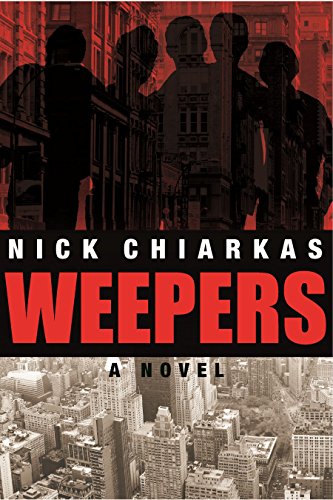 Go inside the literary mind of Nick Chiarkas tonight, June 22, at 7 p.m. EST on Meet The Author Podcast at Indie Book Source, hosted by Rob and Joan Carter.

Nick Chiarkas grew up in the Al Smith housing projects in the Two Bridges neighborhood on Manhattan’s Lower East Side.

When he was in the fourth grade, his mother was told by the principal of PS-1 that, “Nick was unlikely to ever complete high school, so you must steer him toward a simple and secure vocation.”

Instead, Nick became a writer, with a few stops along the way: a U.S. Army Paratrooper; a New York City Police Officer; the Deputy Chief Counsel for the President’s Commission on Organized Crime; and the Director of the Wisconsin State Public Defender Agency.

On the way to becoming an author, he picked up a Doctorate from Columbia University; a Law Degree from Temple University; and was a Pickett Fellow at Harvard. How many mothers are told their children are hopeless?

How many kids with potential simply surrender to despair? That’s why Nick wrote Weepers and Nunzio’s Way— for them.

Nick’s other publications are law books; books dealing with Criminal Organizations and Enterprises; and articles, two of which have been translated and published in Japan. Forthcoming novels include: Black Tiger Tea and Blue Bounty.

Find out more at: http://nickchiarkas.com/

The 1957 murder of an undercover cop in a New York City housing project has unexpected ties to the unsolved disappearance of a young father walking home in those same projects with his son, Angelo, on Christmas Eve six years before.

The only witness to the cop killing is Angelo, now 13, while on his way to seek his own revenge in the early morning hours.

The killers know he saw them.

A series of gripping events forge a union between a priest, a Mafia boss, a police detective, and Angelo, a gang member.

In the end, Weepers shows us that the courage of the underdog despite fear and moral ambiguity will conquer intimidation.

This gritty coming-of-age novel about a young boy named Angelo had me hooked from the beginning.

Witnessing the disappearance of his father at such a young age had a huge impact on Angelo, and how he grew up from that point on.

The author does a great job in describing to us the pits and perils of life and growing up in the 1950s on Manhattan’s Lower East Side.

Angelo is a tough kid, and he and his group of friends do what they have to in order to survive in a charged and often tense atmosphere of teen angst.

Gangs are rampant in his neighborhood, and these boys have no choice but to either join or become a target themselves.

Instead, Angelo and his friends end up creating their own gang, Weepers, and we watch as they struggle to prove themselves.

Angelo’s journey to becoming a man is a riveting tale, and one that I would recommend to anyone, but especially teenage boys, as I feel they could really relate to the story.