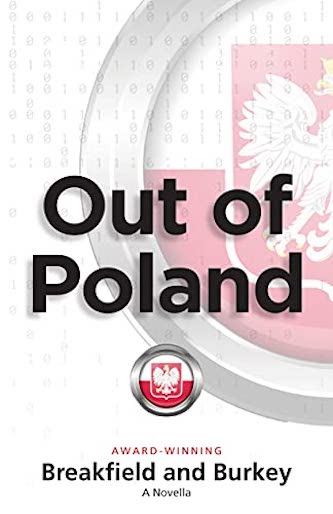 Beneath the storm clouds of a deadly war, three men are poised to unlock the secrets to redeem the world.

The setting is Poland 1939, Germans are marching toward Warsaw running their armor, and devastating swarms of armed soldiers, along with their cavalry. Fighting against the Nazi military machine is a death wish realized all too clearly.

The path of the invaders is paved with death, destructions, pillage, and woman brutalized at the hands of soldiers with no honor. As much as the citizens of Poland pray for a different outcome, everything they have known, loved, and grown up with is devastated.

Three young men are tasked with finding and extracting the German military communications device, Baby, that is kept under heavy guard. Polish patriots die to aid the three in getting the information and then fleeing with the prize. The race is on as the Germans try to match wits with the clever patriots who risk detection at every turn.

The Ambassador Ferdek Watcowski, insists that his son Ferdek along with Wolfgang and Tavius, take their families and flee while there is still time to reach a border. The goal of their journey is to escape with Baby intact.

Poland’s military is so outclassed by Hitler’s forces that survival is key to fighting another day. Facing great peril and odds against their survival, the men resolve to make a difference so that those who died helping them would not have sacrificed in vain. They vow to undertake a lifetime of fighting tyranny.

Successful survivors must look ahead.

Charles Breakfield and Rox Burkey’s Out of Poland reminded me of an Ernest Hemingway quote: “End the story leaving the reader wanting more.”

Breakfield and Burkey are successful in doing just that in their novella.

The story begins in 1939, a year that brought life and death challenges to a small band of Polish patriots.

The Polish Ambassador Ferdek Watcowski commissioned his daughter, his son, and two more young men to deliver a letter to the foreign secretary. The letter outlined recent “events of the unavoidable German invasion of Poland.”

In addition, these individuals carried with them a package, one that held an important key to the Allies defeating Germany.

The question remains: Can they complete their assignment, escape an approaching German army,  and get the “package” across the border into Switzerland?

Breakfield and Burkey take the reader on a heart-stopping ride with these brave patriots.

Having read a couple of entries in Breakfield and Burkey’s fascinating Enigma series, I thought I would give Out of Poland a look.

Set during the tragic and quickly changing backdrop of the Nazi invasion of Poland, this taut novella follows a small group of characters as they attempt to survive, and convey a critical German communication device to Allied forces.

Surrounded by danger, their world is disintegrating around them.

This is a terrific story, creating tension every step of the way. Highly recommended with a shot of Krupnik, and friends close by.

Out of Poland is a prequel story for Breakfield and Burkey’s Enigma series. It chronicles how what became the R group gets hold of a top-secret German Enigma cipher machine.

The story is an action-packed, suspense-filled thriller. A good read for when you want to take an hour break from the daily grind.