He guessed it would be a new year after all.

His old life had packed up and left town. Love never stays around forever or for very long.

He rolled out of bed the morning the calendar rolled over to a new year.

He glanced out the window and surveyed the landscape around his farm.

It was snowing yesterday.

Snow was still coming down.

George looked at the clock.

He waited a minute.

That’s what he liked about time.

It was always changing.

Then again, maybe it wasn’t.

Common sense said it had been twenty-four hours.

The clock didn’t know the difference.

George poured a cup of coffee and walked out onto the back steps.

A brisk wind slapped him.

A damp cold began to sink into his bones.

Just beyond the barn, the last star of night, or maybe it was the first star of morning, was hanging above a thicket of oaks.

He heard an old pickup truck grinding its way down the road, its motor complaining about the cold.

Must be Henry, he thought.

Only one thing was for certain on the cold, snowy morning of a new year.

The Corner Café would be open.

Agnes had the coffee hot.

Agnes was cooking the eggs.

She knew how Henry liked them.

She knew Henry was on the way.

He never had a holiday.

And farmers were hungry.

George would have taken the road to town.

It was always too cold, he said.

And he was too old.

And too tired, he said.

The government sent him his social security check.

He didn’t drink as much coffee as he once did.

The sound of the old pickup truck faded in the distance.

The snow didn’t make a sound.

He glanced at the clock again.

She would be pulling into his driveway in eight minutes.

She was never late.

He closed his eyes and could smell her perfume.

He figured it was Avon with a fancy name.

Dorothy Ann was right on time.

The Buick was new.

The day was new.

The year was new.

She had the kind of smile George had never seen before as she rolled down her window.

He walked through the snow toward her.

Dorothy Ann was not a happy woman.

George had no idea what to say.

He waited for Dorothy Ann to climb out of the car.

He waited for her to smile.

“At least you didn’t send me a note.”

“I love you better than Henry.”

Dorothy Ann backed out of the driveway and headed west away from town.

He guessed it would be a new year after all.

Please click HERE to find my collection short stories I stumbled across during my travels. It’s called Confessions from the Road, and it’s on Amazon. 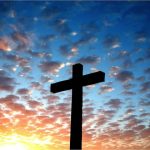