“A little fear gives you something you can go through and be sure that you’ll come out the other end. It teaches you to be brave.”

Don’t ask me why.

Even as a small boy, I remember gathering around a campfire in the darkness of an East Texas pine-tree forest, and listening to ghost stories.

I had never seen a ghost.

But I kept their stories locked away.

And now I write them.

When the big storms blew across Leverette’s Chapel, and lightning wrote our names in the sky, and thunder pounded the clouds like hollow kettle drums, I would stand beside the big guys on the concrete steps of the underpass, caught in the mist of a rain just passed, and listen to them talk about the strange, ironic, and mystical moments in their lives.

Everybody had a few.

Life had not yet thrown odd and curious coincidences my way.

But it hadn’t yet.

And I kept their stories locked away.

I would write them later.

The darker the night, the more frightened I became, and there is no night as dark as the one that has lightning sketching pictures in the sky. 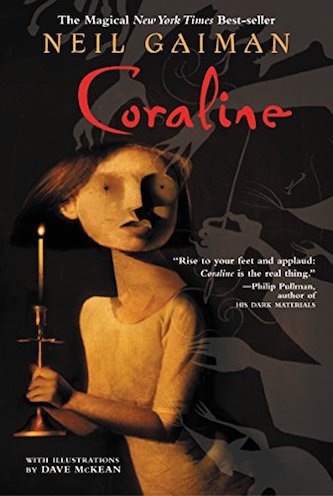 I am a fan of Neil Gaiman, and he knows as well as anyone why we like to tell and hear scary stories that are guaranteed to curl the hair on our heads, raise the hair on our arms, and pierce the heart like a poisoned needle.

Gaiman believes that scary stories fill a vital role in our lives. He has said:  “Ghost stories are a very peculiar tradition. They’re one of the three different kinds of stories that human beings tell each other that you find out if it’s working physiologically. If your flesh is creeping and you’re starting to feel uncomfortable, the story is working. As long as human beings have been telling each other stories, they’ve been telling each other really scary stories. They’d be sitting there in the cave with the fire burning, and they’d tell each other about the things that were even more scary than the things they normally encountered out there.”

Gaiman witnessed the reaction that young women had to his book Coraline. It is, he says, “a very scary book for little kids, intentionally.” He wrote the book for his daughter, Holly, who had given him the idea when she was in kindergarten.

He said, “I remember going to the local book shop and asking, ‘What have you got in the way of horror for five or six-year-olds?’ And I got looked at in a way that meant I was going to have to write one.”

Coraline emerged. And even now, it’s not unusual for women who tell him that Coraline helped them through the darkest times of their lives.

“That’s what it’s for,” Gaiman said. “It’s there because a little bit of fear in a safe place is like being inoculated. It gives you something you can go through and be sure that you’ll come out the other end. It teaches you to be brave.”

Of course, you also have to be brave to write a book.

Now that’s the scary part of our lives.

But if you do, I would suggest you follow the rules that Neil Gaiman has given us:

Read his rules, then read them once more, and you’ll never be afraid to write again.