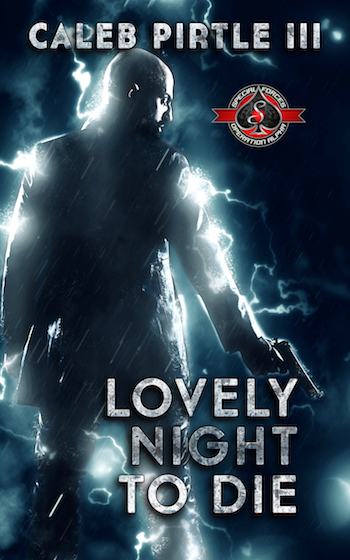 The story had to be as fresh as yesterday. I wanted to create a modern-day hero.

But Lovely Night to Die would be different.

What if Hurt kills him?

“This novella contains characters that will capture your heart or repulse you. They will keep you wanting answers from page one to the end. The twists and turns keep you on the edge of your seat and turning the pages.

“There’s a lot of intrigue and gunplay in the story that keeps you saying, Just one more chapter and I’ll put it down, repeatedly. Of course, there are also parts that grab you by the heartstrings and make you wish you could manipulate the outcome. Roland Sand is a fascinating character for me, as are Eleanor and, to me, the lovable John Nichols.

“They all finally come together to create an ending that will blow your mind.”

I only knew the ending blew mine.