The Mystery and Romance of Darlene Jones 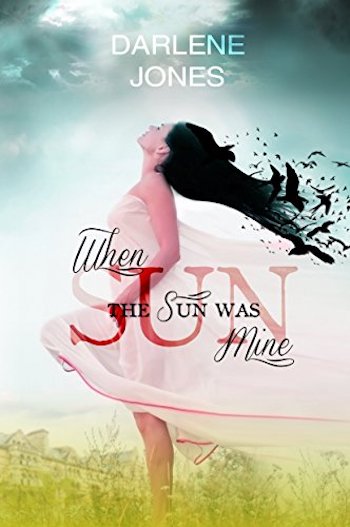 Beautifully written novels where good triumphs over evil, where love is mutual and undying, where new friendships are forged.

When the Sun Was Mine

Her dream was to go to university. Instead, she’s in a nursing home hunting a killer.
When high school graduate, Brittany Wright, gets a job cleaning at Happy Hearts nursing home, she is terrified of old lady Flo and desperately wishes she could be in college instead.

An unlikely friendship develops between the two. Brittany discovers that Flo, who may or may not have Alzheimer’s, is in grave danger. But, from whom and why?

As Flo’s condition worsens, Brittany scrambles to save her. But, ironically, it may be Flo who saves Brittany.

When the Sun was Mine: If you like suspenseful mysteries with complex and strong characters you’ll love this adult read, hopeful and humorous in spite of the ugliness of Alzheimer’s.

Buy When the Sun was Mine to experience a unique friendship steeped in intrigue and surprising twists. 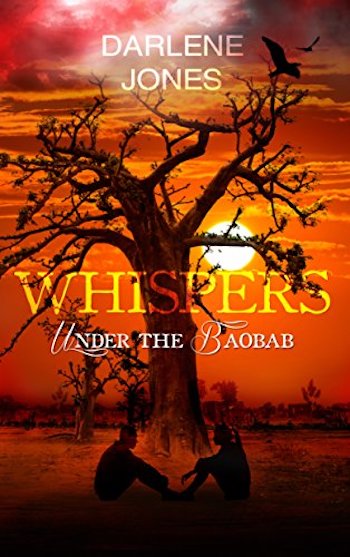 Whispers Under the Baobab

The old lady is dead, but she could still destroy him.

When rebel leader, Sidu Diagho, learns that reporter Flo Mc Allister has died, he knows that her power to destroy him is still very much alive.

Flo was with him during the coup attempts. She saw everything, yet has remained silent all these years. But Sidu could still be tried at The Hague for his crimes with her notes the testimony needed to convict him.

Sidu is not the only one seeking to unravel the truth through Flo’s records. How much does Flo’s young friend Brit know? And Flo’s son and his wife? What did Flo tell them?

Sidu will do what he must to find and destroy the evidence against him.

Whispers Under the Baobab: A thrilling mystery—notes in code, unsent love letters—the story weaving from past to present as the characters race to solve Flo’s puzzles.

Buy Whispers Under the Baobab to join the hunt and perhaps shed a tear or two.

About the novels of Darlene Jones:

What would you do if there was a secret about you that could lock you away for the rest of your life?

In Whispers Under the Baobab, Darlene Jones gives readers more than a peek behind the fearful-looking exterior of Sidu Diagho, a wealthy African, who is up against the clock. Currently residing in the US, he must do everything within his power to acquire Flo’s coded letters along with a certain flash drive of hers, or risk being nabbed by the authorities.

What he doesn’t know however is that a college teen, Brittany White (a.k.a Brit), and her friends are as desperate as he is to learn of the content of the aforementioned items–already in their possession. The truth, once a well-guarded secret, soon comes to light. But it is bigger than Sidu’s fears. Bigger than what Brit and company ever expected. It’s a truth which changes their lives from here on.

In order to reveal relevant backstory as well as grant readers that sense of reading something new and refreshing, Jones employs the fragmented style of storytelling for this book, a sequel to When the Sun Was Mine. The technique, in my opinion, is a delicate, if not risky one, but she does exceedingly well in its application by ensuring there is balance and proper build-up of tension and suspense both in the “past” and “present.”

Also, the transitioning from one period in time to the other and vice-versa isn’t hard to detect as she does apply scene breaks, and italics where and when necessary. As someone who has read and enjoyed the dialogues in her previous books, this one certainly didn’t disappoint. It’s witty, natural, and at times made me feel pity, or tearful about the situation of certain characters.

Although Sidu and Brit are the main characters of the book, I came to like Josef the most. Josef is Sidu’s assistant and confidant, whose wisdom and calm disposition isn’t hard to miss. In fact, he reminds me of Everest, my dad’s personal driver who often drove me and my brothers to school when we were just kids. I could see of Everest in Josef, who, through the novel not only offered Sidu brotherly advice but was there for him at every turn.

As an African currently living in Nigeria, my country, I could relate especially with the African setting. Aside from telling the story or developing the plot, Jones doesn’t fail to present the reader with tidbits about the life and culture of Sidu’s people. This one gave me chuckle: “…The jeep came to a halt in the meagre shade of a baobab tree some hundred meters away. Sidu watched as a woman got out and walked towards the village. She stopped a short distance away, a slender woman, almost as tall as him, wearing jeans, and a dazzling yellow shirt that had attracted a variety of bugs–flies, mosquitoes, dragonflies, flying beetles–to settle on what must have appeared to them to be a lovely big flower. Didn’t she know yellow was the one color not to wear? Seemingly oblivious to the insects, she removed her sunglasses and looked him in the eye. Didn’t she know it wasn’t a woman’s place to challenge a man in such a way?” [Pg 87], as did this one: “…But the bath the women prepared for me after the hot sweaty dusty drive was the greatest luxury. Bintou and her mother heated a pail of water and then escorted me to the bathing corner of the compound. Like the toilet, it had a double wall and we clapped to make sure it was free. Inside, I found outcroppings of small rocks in the mud brick walls that were perfect to hold my soap and shampoo and to hang my little travel towel. I giggled as I splashed water over myself. It felt so damn refreshing.” [Pg102]

Some sequels tend to lose steam along the way, but not this one. This second installment is a book you can relax to, and finish in a day.If you are looking for a novel where good triumphs over evil, where love is mutual and undying, where new friendships are forged from the unlikeliest of situations, and above all, where the plot is driven by suspense and some bit of code-cracking, then Whispers Under the Baobab is the book for you.

Darlene Jones demonstrates exceptional talent as a wordsmith, and for plotting an intriguing story whose premise invites readers to be resolute in their quest for what is true and right.

#love, Africa, Alzheimer's, authors, Darlene Jones, fearful, Linda Pirtle, puzzles, sequel, When the Sun Was Mine, Whispers under the Baobab