Mystery in the Mountains 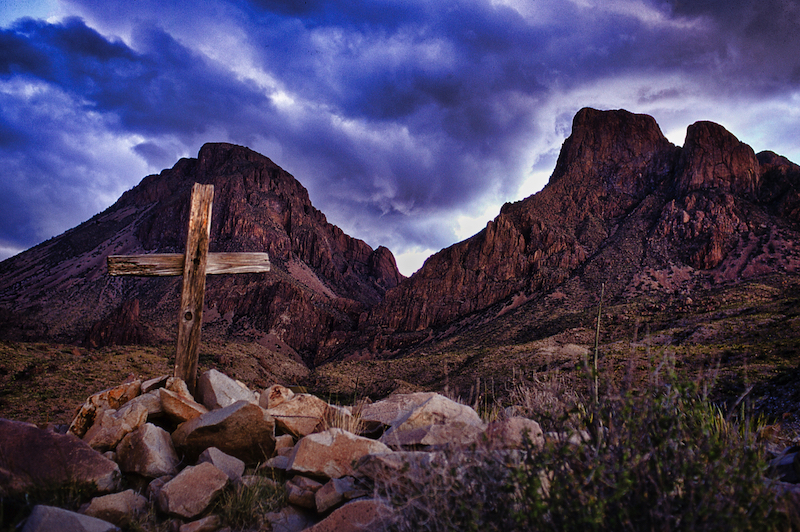 I believe a mystery lies in every photograph and painting created. What mystery do you see in this image, photogaphed by J Gerald Crawford?

I wandered across the desert cross years after someone had hammered it into the ground.

Maybe it had been decades.

But there it stands among the mountains of Big Bend National Park, just the way we found it.

Rocks piled upon a grave.

I looked for a name.

Someone had gone as far as he could go.

Someone left a friend behind.

Someone rests in peace.

Memories die often and die hard on the desert.

Was he a traveler in search of civilization?

Was he a settler who tried to tame the land before the government boys came into the mountains, saw the grandeur and beauty of the desert, and created a national park?

Was it a wife?

Did she die during child birth?

Life was tough on the desert.

Ranchers sought to civilize the landscape.

They had little when they arrived at the Great Chihuahuan Desert.

They had nothing when they rode away.

Those who survived considered themselves fortunate.

Those who survived at least broke even.

Sometimes there was only dry creek beds.

Who lies beneath the cross?

How did he or she die?

I’m betting on a bullet.

But then, I write thrillers.

Someone always dies coughing on a bullet.

All I know are a few scattered facts.

Someone nailed a cross into hard ground.

Someone took the time to say goodbye.

And now only the mystery and the winds remain.

One is as elusive as the other.