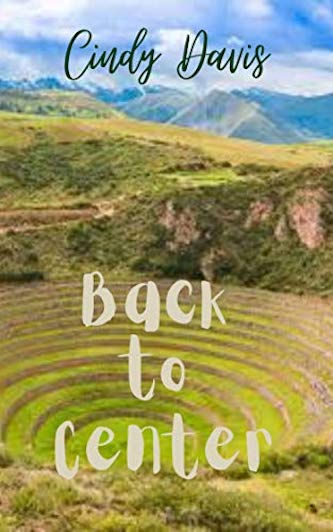 An intriguing mystery suddenly and slowly rises from the depths of an archaeological dig high in the Peruvian mountains.

A spear is unearthed from Inca ruins on a hillside in Peru. Although the jade spearhead originated 3,000 miles away and 1400 years in the past, carvings on the shaft unite Mexican and Peruvian images with a more recent time period. But more remarkable is the strange dialect now issuing from the resident archaeologist’s mouth.

Is it coincidence that, in Mexico, two-year-old K’iin K’aay is suddenly speaking the same language used by the archaeologist? Jade and husband Luna are buried in preparations to sponsor the world’s largest spiritual healing festival at their school. So buried they barely notice their daughter’s new vocabulary, until a desperate call comes from Luna’s archaeologist friend. Luna drops everything and flies to Peru.

Suddenly, problems arise, seemingly determined to undermine the festival. Luna phones with an urgent request for Jade to hand-deliver Grandfather Zipacna’s journals. How can she leave Mexico now when things are falling apart? How can Zipacna’s journals be related to this place so far away?

Something has conspired to unite these people in Peru. Is it Universe, some thing—or some one—else altogether?

Back to Center is an adventure story that explores the depths of one family’s spiritual ability to connect the distant past with the present and open doors that can lead far into the future.

It’s an imaginative and complex story that is beautifully told by Cindy Davis. The novel presents our never-ending struggle between light and darkness, good and evil, hope and fear.

It continues one woman’s quest to discover more about her spiritual self and her connection with the earth.

“It seemed like I had been running forever. I stopped, so tired. I could barely put a foot in front of the other. My chest hurt. I felt saturated as if I had already drank and drank and drank from a stream, but I could not find it. I moved on again, suddenly full of energy like I could run for the whole day . . . That is when I fell into darkness.”

Cindy Davis captivated my imagination as soon as she wrote her first few pages. What’s going on in Peru? What has the archaeologist found? A spear point created from jade? Why is it even buried in Peru? Peruvian jade is almost black in color. The spear point is a brilliant green?

Testing proves it was created by an Olmec warrior in 1100 BC. It originated in Mexico near the Great Pyramid of La Venta, and the pyramid rises more than three thousand miles away. But wait. The wooden shaft dates to the 1500s AD. Same spear point but two different timelines. And what about the discovery of skulls with elongated heads? Legend says they are the offspring of fallen angels. An intriguing mystery suddenly and slowly rises from the depths of an archaeological dig.

Back to Center is all about Jade and her husband Luna. At home in Chi’pais, Mexico, Jade is frantically trying to establish the world’s largest Festival for Advanced Spiritual Healing, but her plans are falling apart. Guest speakers keep canceling, time is running short, and she feels so alone with her husband serving as a consultant at the dig in Peru. She’s not sure what to do next, and her husband Luna is urging her to join him and help solve a puzzle that that has perplexed archaeologists in the Peruvian mountains.

He needs her. He needs the journals of her grandfather. An answer about the present will come from the written words that Zipacna left for her. He wrote: “A mysterious stranger will enter your lives. He will cause great concern until you help him pass over.”

Is he writing about the warrior’s skeleton? Why is the ancient warrior trapped in death? What is preventing his soul from passing on to the great beyond. What’s real? What isn’t? What lives long after it should have departed the world around us? It is a question that has spanned the centuries.

In Back to Center, Cindy Davis tantalizes us with an original concept and a fascinating riddle that defies everything we think we know about life, the here as well as the hereafter. It is a story filled with suspicious artifacts, strange coincidences, a child speaking a language she doesn’t know, an archaeologist speaking in unknown tongues. Is it a warning? Or is a voice from the past trying to give us the answer we seek as we look toward tomorrow.

I was always one step behind Cindy and completely in the dark until she illuminated the final pages by revealing secrets I should have seen coming. But Cindy was too clever to let me envision the final answer until she was ready to let the unknown be known.

Please click HERE to find Back to Center on Amazon.